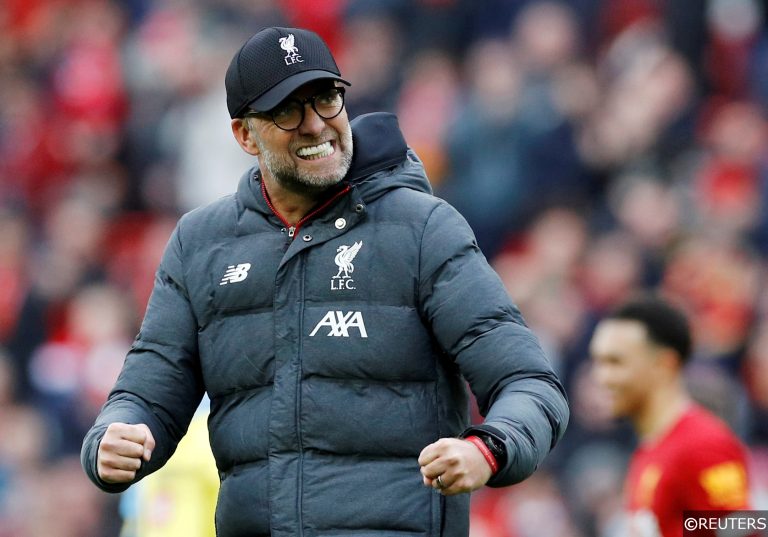 The Champions League quarter-finals conclude this week as the second legs take place on Tuesday and Wednesday and here at FST we’ve decided to mark the occasion with another edition of Crazy Odds, where we combine some big price options into one humongous accumulator.

We’ve got a big price selection from each of the four games and together they make up one mammoth 364,181/1 accumulator.

I’ve gone for Bayern Munich to win 5-0 in my Match Preview ahead of their game against Villarreal and at 20/1 in the correct score market that is a big enough price to come in to our Crazy Odds accumulator.

Bayern are averaging five goals-per-game at home in the Champions League and they have scored exactly five in two of their four European assignments at the Allianz Arena so far. Villarreal have failed to score in three of their last four away games in all competitions, so it doesn’t seem outrageous to suggest the German giants will claim a 5-0 win on Tuesday.

Karim Benzema to score three or more goals at 22/1

Real Madrid striker Karim Benzema is in sensational form ahead of Chelsea’s trip to the Bernabeu on Tuesday with 13 goals in total across his last eight games. The Frenchman scored a hat-trick at Stamford Bridge in the first leg and hit a treble against PSG in the second leg of Real’s previous tie, and Benzema is 22/1 to make it three hat-tricks in three consecutive Champions League games.

Benfica have it all to do when they take on Liverpool as they trail 3-1 after a first leg defeat in Lisbon. The Portuguese giants have to fight their way back into the game and there is a chance tempers could boil over, and the 28/1 on Adel Taarabt being sent off does have some appeal.

The Moroccan has one red card and two yellows this season, he also averages 0.6 fouls-per-game, and 28/1 seems a fair price for the former Spurs and QPR midfielder to be dismissed.

Atletico Madrid to miss a penalty at 25/1

Manchester City don’t concede too many penalties, they have faced just two spot kicks in the Premier League and are yet to concede one in Europe, but Atleti need to find a way back into this tie and that could lead to the Spanish side taking a few more risks going forward – particularly late on.

Los Colchoneros have won one spot kick in the Champions League this term and managed to score, but penalty taker Luis Suarez only has a 75% record from the spot this season and the 25/1 on Atleti missing a penalty does look a bit overpriced, if you consider they are more likely to win one late in the game when scoring could prove the difference between keeping the tie alive or elimination from the competition.