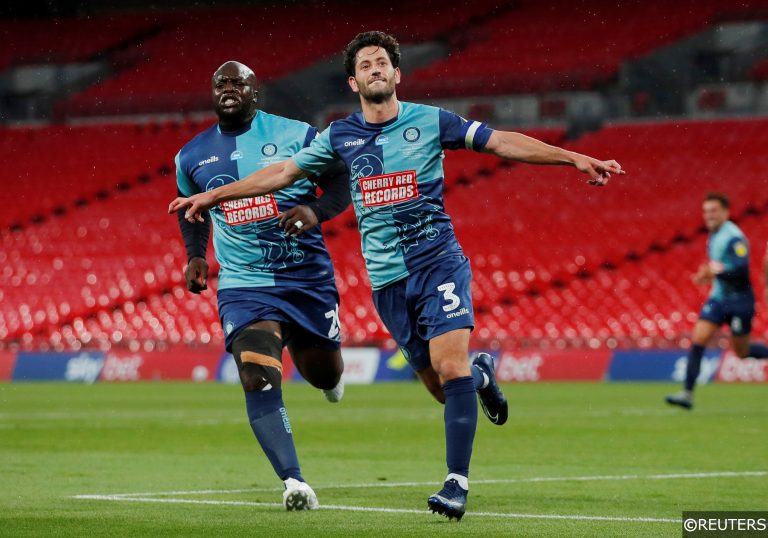 The football season is winding down in the UK and the battle for promotion is heating up in the Championship, League One and League Two.

Usually, all three leagues would finish at the same time but this year is a little different. The League One regular season ended last weekend and the first play-off games take place on Thursday and Friday, while the final rounds of fixtures in the Championship and League Two take place on Saturday.

As such, only the League One play-offs have been decided but I’ve still been able to put together this 38/1 promotion treble – and there is a chance one leg can win outright on Saturday, albeit a slim one.

Championship – Nottingham Forest to be promoted at 13/8

Nottingham Forest saw their automatic promotion hopes ended at Bournemouth on Tuesday but they are assured of a play-off spot and can make their second bite of the cherry count.

Forest made a poor start to the season but have been in incredible form in recent months and they lead the Championship form table over the last 30, 20 and 10 games.

Had the disappointment of missing out on a top two spot come in their final game of the season I may have a few misgivings about backing them for play-off glory, but they have a bit of time – and another game – to move on from that disappointment and they look well placed to return to the top tier for the first time since 1999.

League One – Wycombe Wanderers to be promoted at 4/1

Wycombe are the underdogs in the League One promotion betting but the Chairboys go into the play-offs in fine form. The Wanderers are unbeaten in their last 12 games and have three wins in their last four – including a key win over Plymouth as they forced their way into the top six ahead of the Pilgrims and a success over play-off rivals Sheffield Wednesday.

Manager Gareth Ainsworth has led his side to promotion via the play-offs in 2020 and can repeat that feat by guiding Wycombe back into the Championship at the first attempt.

League Two – Mansfield to be promoted at 2/1

There is a small chance Mansfield could finish in the automatic spots in League Two on Saturday if they win at home to Forest Green, who could potentially win the league themselves with a victory, and both Northampton and Bristol Rovers fail to win.

That doesn’t look particularly likely, Northampton are at Barrow and the Gas have a home assignment against relegated Scunthorpe, but they can secure a place in League One via the play-offs.

The Stags did suffer a dip in form last month but have picked up with seven points from the last nine available, and they may be peaking again at the right time as they plot an assault on the play-offs.