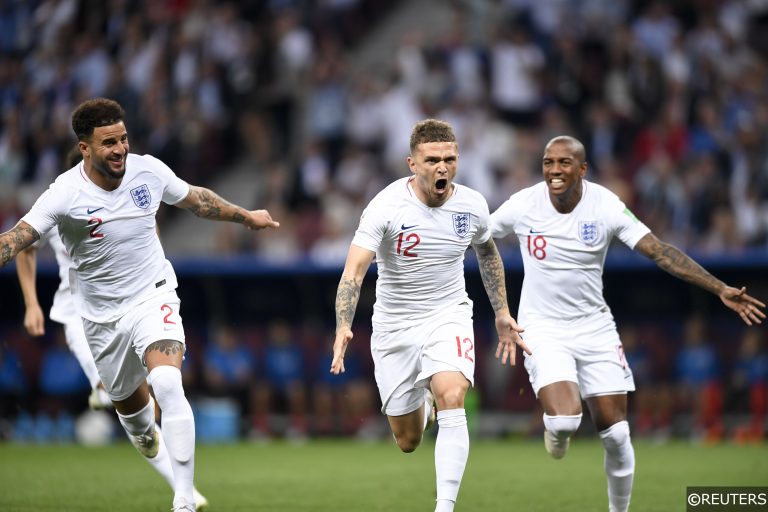 Following the end of the 2020/21 Premier League campaign on Sunday, Gareth Southgate is set to announce his 26-man England squad on Tuesday despite the involvement of three English clubs in the two European finals coming up this week.

While plenty of players are all-but guaranteed a spot in the squad (with all England’s warm-up and group games to be played in England we can’t really say ‘a seat on the plane’ this year), there are still some very big question marks over the heads of some players.

To cast some light on these question marks and provide you with a few potentially lucrative wagers, let’s take a look at some of the key decisions Southgate will have to make and also try to predict the entire England squad for Euro 2020.

Looking for more Euro 2020 content? Check out our handy guide to all the key dates for Euro 2020.

England’s goalkeepers for Euro 2020 looked almost set in stone but one of the three frontrunners suffered a cruel blow last week. Burnley’s Nick Pope will undergo knee surgery on Tuesday, opening  the door for an outsider to join Dean Henderson (1/16) and Jordan Pickford (1/20) in the England squad.

While Pope could potentially recover before the start of Euro 2020, Southgate isn’t likely to risk it and Sam Johnstone (1/10) has emerged as the most likely replacement.

England’s defensive setup has been under a lot of scrutiny since Gareth Southgate omitted Liverpool’s Trent Alexander-Arnold in his last squad. It’s likely to be the most controversial decision that Southgate makes, but news coming from the Liverpool camp suggests that Alexander-Arnold (2/1) will not make the cut.

Elsewhere, Harry Maguire (1/10) is expected to be named in the squad despite his injury, while Ben Godfrey (1/1), Ben White (4/5) and Lewis Dunk (25/1) are all in the conversation. White is particularly interesting, with his odds shortening from 10/1 to 4/5 in the space of an hour on Monday.

If either of these three are to make the cut it’s likely to be at the expense of Eric Dier (2/1), although Southgate is a fan of the versatile Spurs player despite his dismal club campaign.

A spot in England’s midfield is one of the most competitive areas in Europe right now, a point encapsulated by the fact that a player of James Maddison’s (5/1) quality is now expected to miss out due to the form of players like Phil Foden (1/20), Jesse Lingard (1/12) and Mason Mount (1/20).

Another player who could be facing selection heartbreak is Kalvin Phillips (1/12). The Leeds midfielder looked a dead-cert to make the cut but a suspected dislocated shoulder against West Brom could put an end to his chances. James Ward-Prowse (2/1) could be a beneficiary of this injury, although with Bellingham, Henderson and Rice all available in the centre of the park Southgate could opt to leave both out.

Jordan Henderson (1/10) has not featured for Liverpool since February due to injury but his influence in the dressing room cannot be understated and it would be a big shock to see him miss out.

Declan Rice (1/16) is also carrying fitness concerns but is expected to recover in time, while Jack Grealish (1/5) played 90 minutes for the first time since February on Sunday and it would be a surprise for him to be omitted. Jude Bellingham’s (1/3) excellent form at Dortmund this season earned him an England debut and the youngster should make the cut again.

There are still some maybes to discuss, however. Mason Greenwood (4/7) has enjoyed a fantastic end to the season and deserves consideration, with his only inclusion so far ending with him and Foden being sent home for breaching coronavirus guidelines last year.

Ollie Watkins (2/1) would be firmly behind Kane and Calvert-Lewin but after scoring 14 Premier League goals this season he’s worth considering. Bukayo Saka (8/13) is another excellent option, especially with his versatility putting him at home in left-back, left winger or attack.

How England could line up at Euro 2020 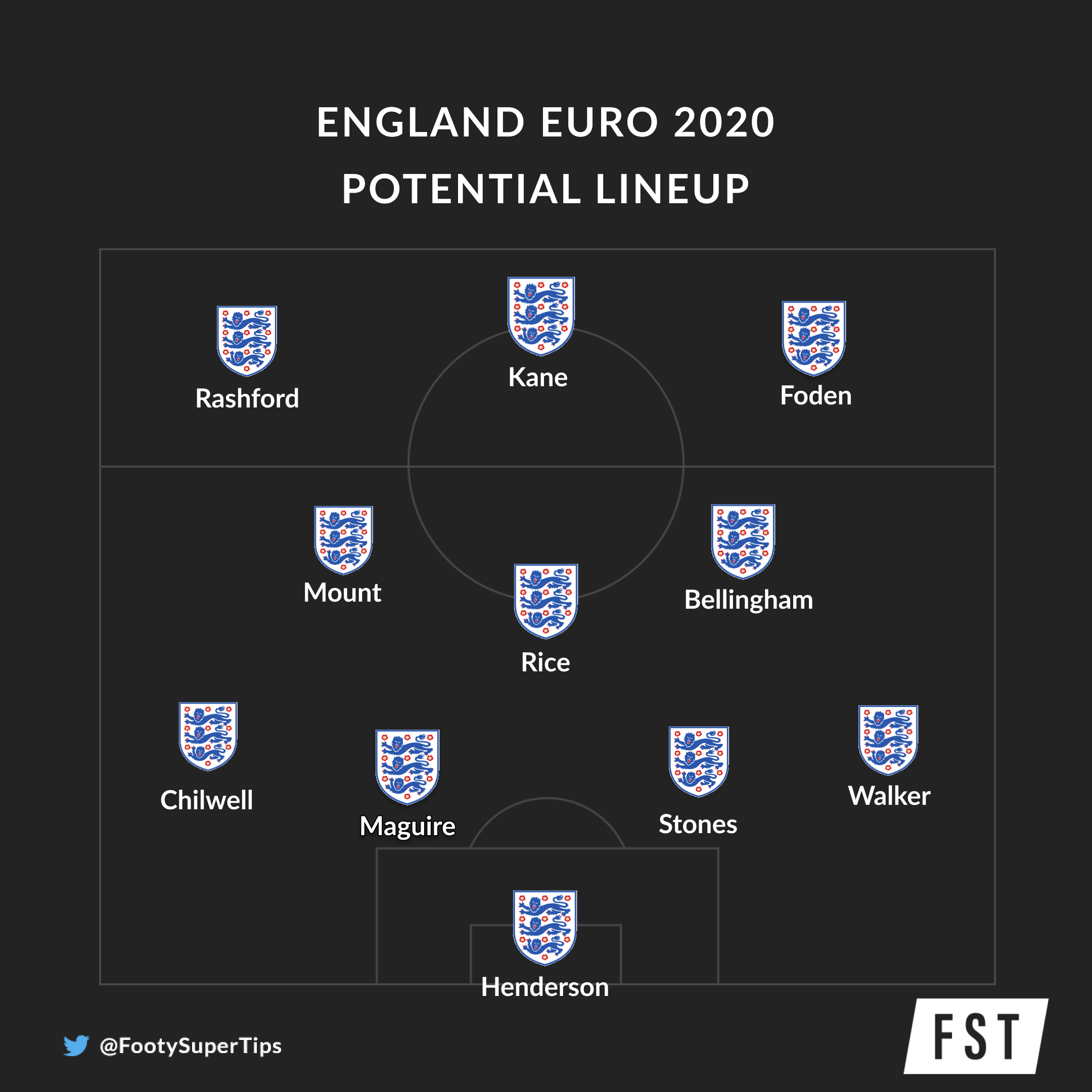