After what feels like a VERY long international break (we went back and forth on a handful of transfers at least 20 times) the Premier League returns this weekend for Gameweek 5 of the 18/19 season! Fantasy Premier League managers rejoice.

Tottenham and Liverpool start the action for us at Wembley in the early game on Saturday, and with Spurs missing Hugo Lloris and Dele Alli to injury, The Reds will no doubt be hoping to make it five wins from five matches. Later that day Manchester United travel to the in-form Watford looking to make amends on their poor start. Super Sunday looks much less than super as we see Wolves take on Burnley and Everton host West Ham. And then to top it all of there’s Monday Night Football with a South Coast Derby. Cracking stuff.

So… where do we go from here? Well, you’ve probably already got names like Sergio Aguero and Sadio Mane in your FPL teams by now (and if you don’t, what are you playing at?!), so it’s time to start looking at some alternate options. Kick back and take a read of our ten squad recommendations for Gameweek 5. 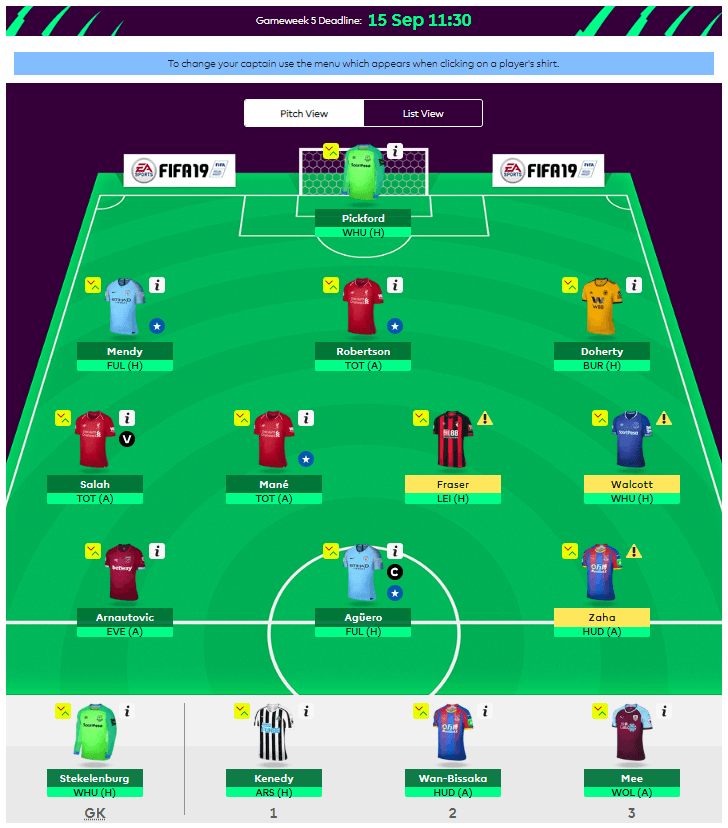 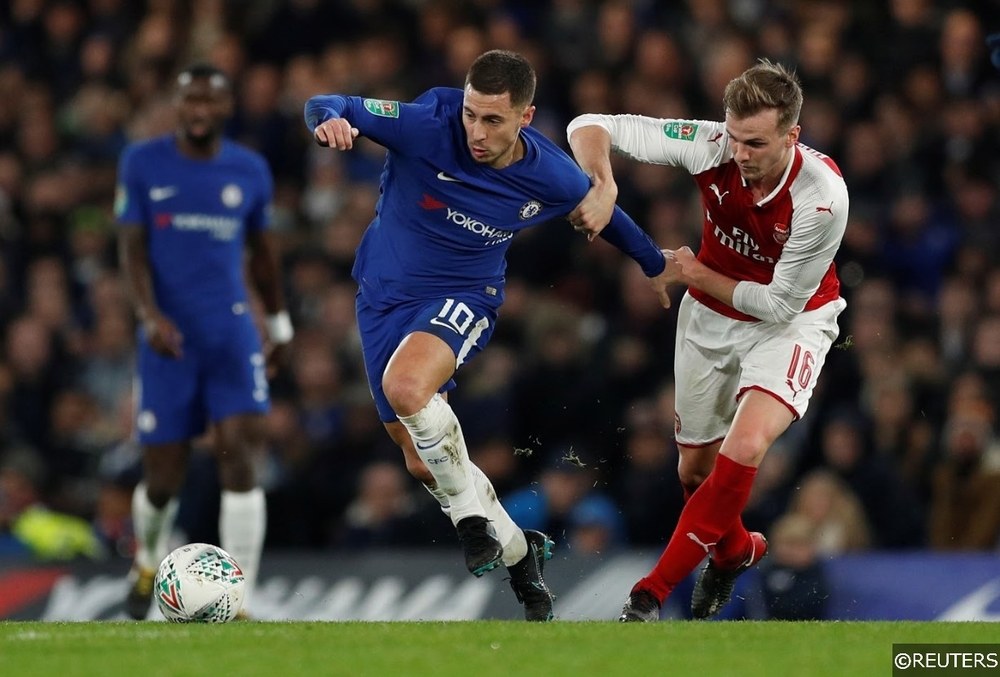 Chelsea’s Eden Hazard needs no introduction, but here we go anyway. Following a long World Cup campaign, Hazard’s integration into Maurizio Sarri’s fluid attack took a few weeks. After two appearances off the bench though, the Belgian is now well and truly an Fantasy Premier League staple. He is the only FPL midfielder to have scored or assisted in all four Premier League matches so far – an assist in each of his off the bench appearances against Huddersfield and Arsenal and a goal in each of his last two starts against Newcastle and Bournemouth – and his output only looks to be on the rise.

His underlying stats are the perfect indicator for how well Hazard is excelling under Sarri’s new system. Hazard is second only to Pedro (£6.8m) for shots among Chelsea players, firing ten to the Spaniard’s eleven, yet he has played around half a match of football less than him (223 minutes compared with Pedro’s 263 minutes). No teammate has played more key passes – the creation of scoring chances – than his ten either. Given his form, the fact he’s on penalties, and that Chelsea are at home to Cardiff City this weekend, it’s hard to look past Eden Hazard as one of the best options for Saturday.

Lacazette didn’t make his first start of the season until Arsenal’s thrilling 3-2 win away to Cardiff City just before the international break, but he has got to be in Unai Emery’s plans going forward. The Frenchman has made a visible impact off the bench in all of Arsenal’s opening three fixtures, over which he was limited to just 91 minutes of football but recorded one assist, and when given the full 90 minutes against the Bluebirds, he managed to bag a tidy 12 point haul via a goal and an assist. His linkup play with Pierre-Emerick Aubameyang is dreamy and the stats show just how crucial a piece he is in the Arsenal puzzle.

No Gunners teammate has bettered his totals of six shots inside the penalty area or five shots on target – very impressive for a player that has clocked just 186 minutes over four matches. Emery must see this himself and therefore it would be crazy to not see Lacazette retain his role up front for the trip to St James’ Park. Newcastle are a side in questionable defensive form – The Magpies have kept just one clean sheet so far this season, and their 11 big chances conceded rank among the bottom five teams overall – so should he play (which is very likely) then he would have massive potential. Owned by just 3.4% of FPL managers too, he could make a huge impact in FPL league rankings. 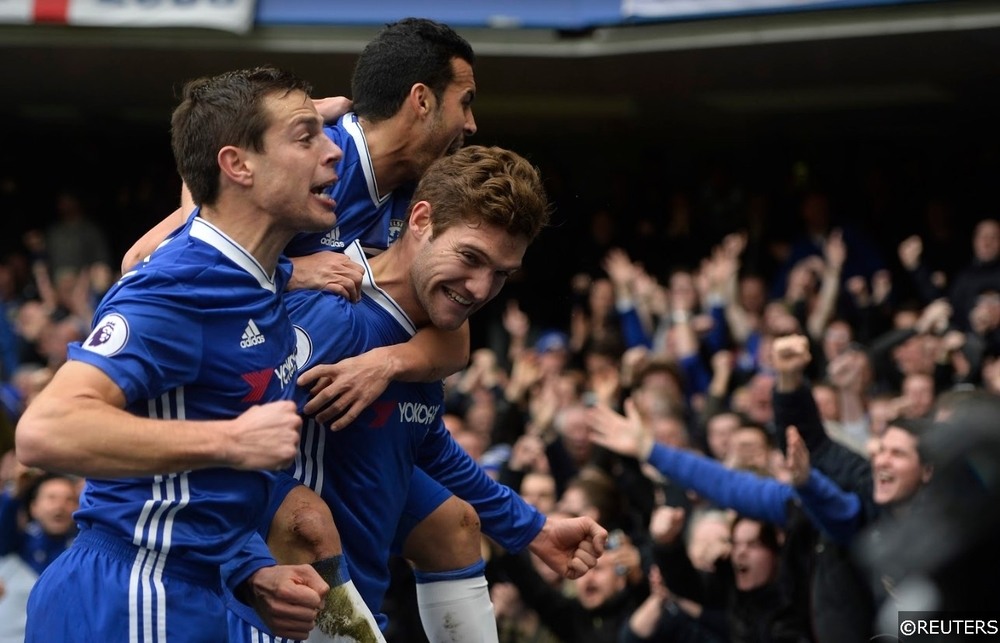 After almost four consecutive double-figure point hauls, it’s obvious that Marcos Alonso is going to have another big season in Fantasy Premier League. Alonso is the highest scoring playing in the game at the time of writing, having scored one goal, supplied five assists, helped keep two clean sheets and collected a tidy 9 bonus points, despite his new role under a different manager. Going from an out-and-out wing back in a 3-5-2 under Antonio Conte to a left back in a 4-3-3 under boss Maurizio Sarri created concerns about his output, but the stats show that this isn’t a fluke.

The Spaniard has improved across the board for shots per minute and chances created per minute since the 17/18 campaign, meaning he should be more lethal than ever going forward. Chelsea’s new possession-based tactics only boost Alonso’s prospects in the Bonus Points System (BPS) too – the way that FPL calculate who earns those coveted bonus points. Add that to his ability to score goals and create assists, Alonso is one player that could easily keep scoring big points on a regular basis. At home to a weak looking Cardiff City on Saturday is one such fixture you’d expect him to perform in. 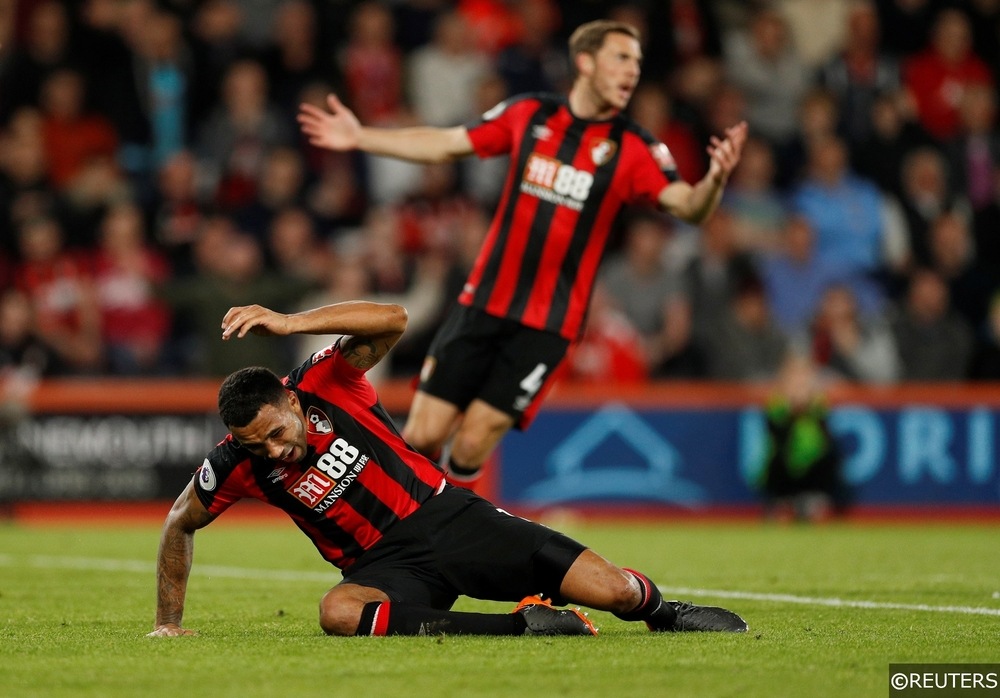 Bournemouth’s Callum Wilson would have been disappointed not to get an England call up over the international break given his top form in the Premier League. He’s produced two goals and three assists in four matches so far, with his 24 point total putting him third among all FPL forwards – not bad at all for someone costing just £6.2m. Notably, he has played a part in all four of the Cherries’ goals at the Vitality Stadium this season – something to take note of ahead of their match at home to Leicester on Saturday.

What makes him particularly interesting though are his base-stats as a forward. His total of 14 shots inside the penalty area is more than any other Premier League player and his six big chances received – ie, the chances he gets himself into in front of goal – are joint top with Manchester United’s Romelu Lukaku. His shots on goal per minute ratios have only improved since the 17/18 season too – in fact, it’s hard to find much negative about him. With Bournemouth looking ahead to a favourable run of fixtures ahead, he looks a class option until November. 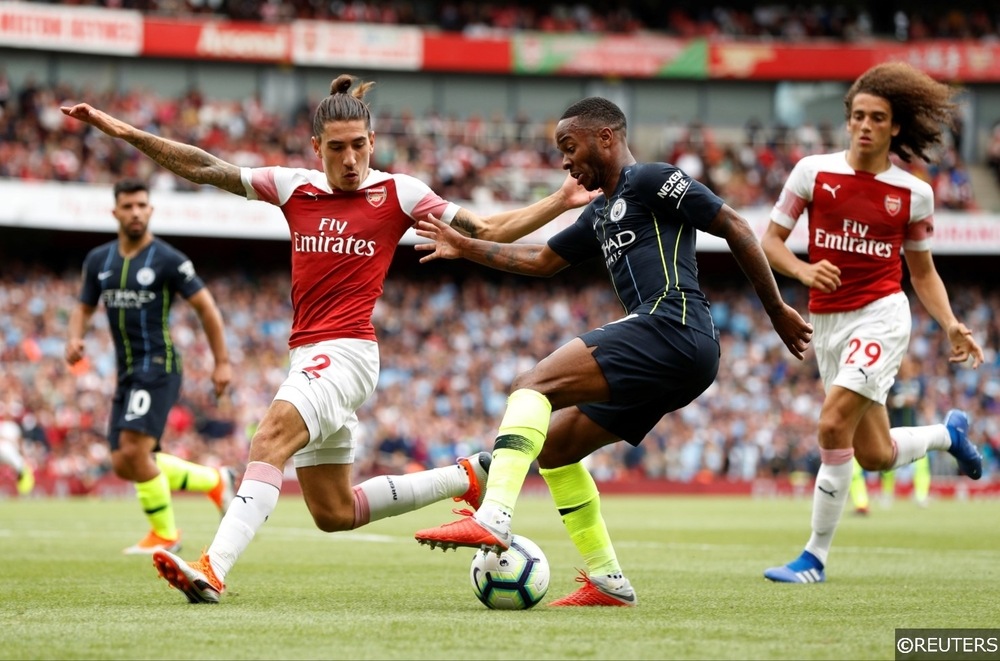 OK, so Arsenal’s defense looks a shambles but hear us out. The Gunners are still getting to grips with life under coach Unai Emery and even though the back four still have a few things to work out, Bellerin’s raiding runs down the right flank have started to grab our attention. The Spaniard already has one assist under his belt this season from the 3-1 win at home to West Ham and his delivery looks to have improved in both quality and quantity. His crossing accuracy has climbed from 15.6 to 25 per cent, while he’s recorded a cross every 33.8 minutes this season, compared with 47.7 minutes in 2017/18.

Bellerin’s ability to create big chances is a huge asset in FPL – his eight produced last season was second only to Cesar Azpilicueta among defenders – and he’s already created two of those this season, placing him high up among defenders. Arsenal will start to iron out those defensive creases and roll out those clean sheets at some point, and with a favourable run of fixtures ahead, he could prove a reaonable mid-budget option at just £5.4m. Have faith and you could be rewarded with a point churning differential at just 11% ownership too.