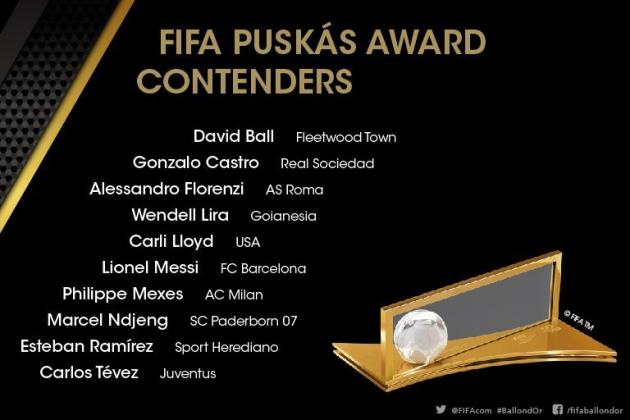 The 10 best goals of the year have been announced by FIFA and there are some absolute worldies in contention to win the 2015 FIFA Puskas Award!

Voting will commence until 30th November when the 3 goals with the most votes will be revealed.

Fans will then be able to vote again for their favourite of the 3 remaining goals.

The winner will be announced on the day of the FIFA Ballon d’Or – 11th January 2016.

The 10-person shortlist for the 2015 FIFA Puskas Award is below and contains plenty of familiar names as well as some not-so-familiar:

You can view the goals on FIFA’s YouTube channel below.