Five Clubs for Kane: Where Could the England Captain End Up? 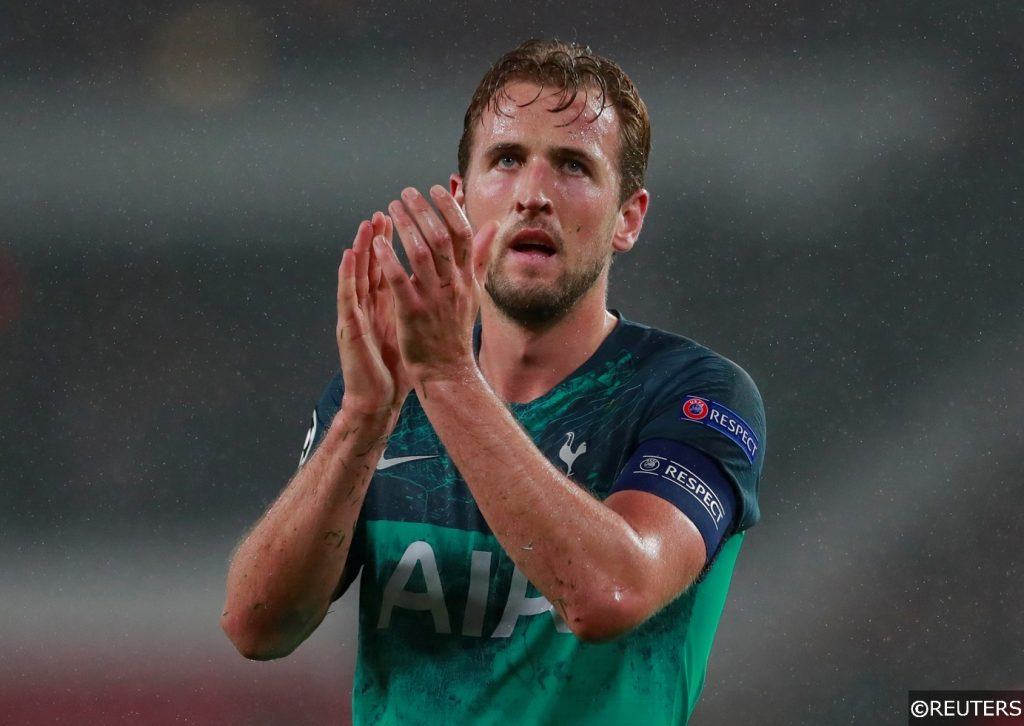 Harry Kane has sparked transfer rumours by suggesting he could leave Tottenham if the club fail to match his ambition and there would be no shortage of suitors for the England captain should he depart north London.

Kane, who has twice finished top of the Premier League goalscorer charts and won the 2018 World Cup Golden Boot in Russia, became the fastest player in the Champions League era to reach 20 goals, taking just 24 matches to reach the landmark figure.

However, the 26-year-old is still waiting to collect his first trophy and Tottenham supporters face a nervous summer to see whether their talisman decides to stick around under Jose Mourinho.

Here are five possible destinations for Kane should he head for the Spurs exit door.

There is a trend of United taking Tottenham’s top talents – think Teddy Sheringham, Dimitar Berbatov and Michael Carrick in the Sir Alex Ferguson era – and Ole Gunnar Solskjaer may want to follow the well trodden path of his former boss.

United have the money to lure Kane and they have shown glimpses of promise under Solskjaer, who has engineered a brighter style of play since playmaker Bruno Fernandes arrived in January.

Much will depend on where Solskjaer sees the future of Marcus Rashford. If it is in a wider attacking position then Kane through the middle, flanked by Rashford and Anthony Martial, or maybe even Jadon Sancho, could be a mouthwatering prospect for United followers.

There’s also a potential dilemma between Kane and Ronaldo brewing at Old Trafford.

At some stage in the near future there are going to be huge shoes to fill at the Etihad because star striker Sergio Aguero, who turns 33 in June, will need replacing.

Aguero, City’s greatest ever goalscorer, has been one of the deadliest strikers in Premier League history, however, all good things come to an end.

Gabriel Jesus would be the obvious choice to step up, but Kane is another option.

It is also interesting to note that Mauricio Pochettino, the manager who unlocked Kane’s goalscoring talents at Tottenham, has been linked as a possible replacement for Pep Guardiola which could increase the chances of a reunion.

Much like United, Real Madrid know that Daniel Levy is always ready to do business for the right price with Luka Modric and Gareth Bale swapping White Hart Lane for the Bernabeu. Kane will have also noted both have added multiple European Cups since making the switch.

Real are quite happy with Karim Benzema for now – only Lionel Messi has scored more goals in La Liga this season – but the French forward is 32 and could soon be challenged by another striker.

The simple fact is Madrid need more goals. They have scored 49 in La Liga this season compared to Barcelona’s 63.

Despite Barcelona’s healthy tally there are concerns about their ageing forward line. Messi is 33 in June and Luis Suarez turned 33 back in January, while summer arrival Antoine Griezmann has not yet done enough to justify his huge transfer fee.

Ousmane Dembele has suffered cruel luck with injuries and Philippe Coutinho was deemed surplus to requirements to such an extent he was sent on loan to Bayern Munich.

There is the possibility of selling Coutinho and Griezmann to raise funds to go again in the transfer market, although Inter Milan’s Lautaro Martinez seems a more likely target than Kane.

Martinez has had a breakthrough season in Milan, scoring 11 Serie A goals, and at just 22 he has the potential to improve further. That is why Barca seem so keen.

If he does end up at the Nou Camp it would leave a spot open to partner Romelu Lukaku and boss Antonio Conte has shown his love for Premier League players since the former Chelsea manager returned to Italy last year.

Lukaku, Ashley Young, Alexis Sanchez and Victor Moses all made the switch to Inter, as did Kane’s former teammate Christian Eriksen.