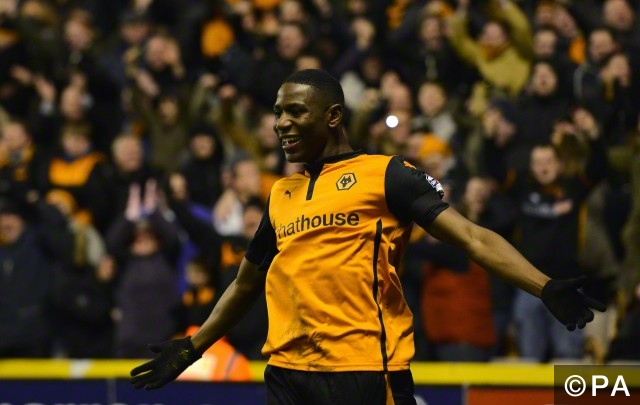 Bournemouth have confirmed that a deal is on the table to bring Wolves striker Benik Afobe to the club. A £10 million fee has been agreed between the two clubs and the Cherries are just waiting for the 22 year old to complete a medical, which he is probably undergoing as I write this.

Newcastle have said they are ‘very interested’ in bringing in Swansea midfielder Jonjo Shelvey this January. The 23 year old midfielder is frustrated at his lack of first team opportunity and would welcome a £10 million move to Newcastle apparently.

Swansea want their ex-striker Wilfried Bony back at the club. Manchester City bought the striker last January for £28 million but he has failed to make an impact at the Premier League title challengers. Swansea are hoping the £10 million raised from the potential Jonjo Shelvey sale can be put towards buying Bony back.

Tottenham Hotspur are ready to revive their interest in West Brom’s out of favour striker Saido Berahino. There are a number of clubs in the market for him, so Spurs will sweeten the deal with a £20 million package including Andros Townsend.

AC Milan have had a loan offer for Marouane Fellaini rejected by Manchester United, and have been told that they’ll have to pay £24 million to get their hands on the midfielder.

Everton are hoping to sign 26 year old Dynamo Kiev winger Andriy Yarmolenko for £21 million this January before his value potentially rises after Euro 2016.

Monaco have ruled out the possibility of injured striker Radamel Falcao returning to the club from his loan spell at Chelsea. The striker is set to spend the remainder of the season at Stamford Bridge and doesn’t seem wanted by anyone at the moment.

Romelu Lukaku would reportedly prefer a move to Paris Saint Germain or Real Madrid in the summer rather than swapping Goodison Park for Old Trafford.

With Barcelona’s transfer embargo now lifted they are reportedly in the market for some Premier League talent. Aaron Ramsey and John Stones are both on their radar at the moment.