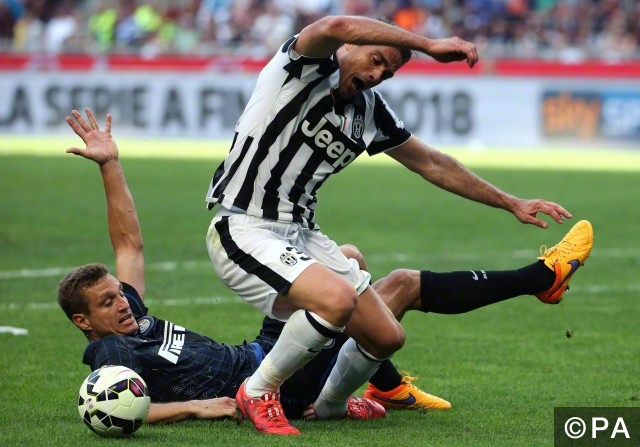 West Ham have completed a late hijack of Everton’s move for Leeds United full back Sam Byram. The fee for the 22 year old is undisclosed, but the youngster has signed a four and a half year deal at Upton Park.

BREAKING: @sambyram93 is delighted to have been given a chance to play @premierleague football with #WestHam! pic.twitter.com/EZgVN6opPn

Leicester’s record signing from last January has moved to Hoffenheim on loan for the remainder of the season. The £9.7 million striker has only made five Premier League appearances this season and will now turn his attention to helping Hoffenheim out of their relegation battle.

Bottom of the Premier League Aston Villa are in talks with Nemanja Vidic over a potential move to the Midlands club for the remainder of the season. Th 34 year old Manchester United legend is a free agent after ending his contract with Inter Milan.

Liverpool are set to swoop in for Chelsea target Alex Teixeira. It is thought that Chelsea couldn’t come to an agreement with Shakhtar Donetsk over the price of the 26 year old midfielder, but Liverpool could be willing to pay the £30 million asking price.

But Chelsea are still the frontrunners to sign 25 year old Corinthians forward Alexandre Pato, and have apparently reached a verbal agreement with the former wonderkid.

It seems that Spurs are just going after players with the same name as current or former players. After being linked with Moussa Dembele in recent days, they are now chasing Barcelona forward Sandro Ramirez. Reports suggest that they have already offered the £9 million release clause in the 20 year old’s contract.

Manchester United are believed to be looking at the possibility of signing PSG striker Edinson Cavani as they look to boost their scoring options.

Arsenal are apparently willing to shell out £36 million for Borussia Monchengladbach midfielder Granit Xhaka, but they will probably have to wait until summer to sign the 23 year old.

Sunderland are willing to offer Fabio Borini to Swansea as they try to pave the way for Andre Ayew to join their ranks.

Swansea are also trying to tempt ex-midfielder Joe Allen back to the Liberty Stadium from Anfield.