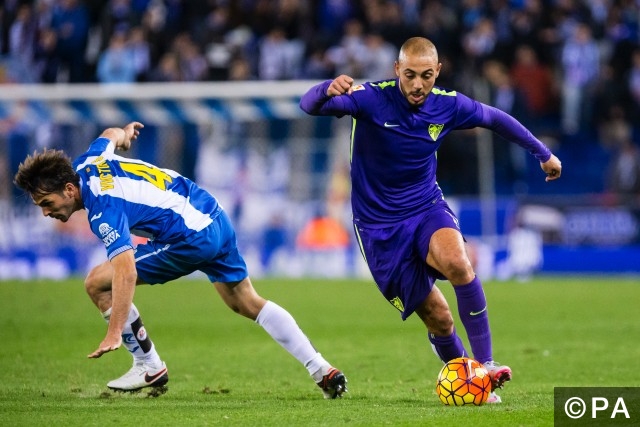 Watford have completed the signing of Malaga forward Nordim Abrabat for an undisclosed fee believed to be around the £6 million mark.

OFFICIAL: #watfordfc are delighted to announce the signing of versatile attacker Nordin Amrabat from Malaga. pic.twitter.com/XDcf33auNj

Norwich have made the arrival of Wolfsburg’s 27 year old defender Timm Klose official as they look to sure up their back line ahead of a tense second half to the season. He joins fellow January signings Matt Jarvis, Ivo Pinto, and Ben Godfrey.

Liverpool’s 19 year old striker Jerome Sinclair is thinking about leaving Anfield. He has just six months left on his contract and is considering swapping Anfield for Vicarage Road in the hope of gaining more first team experience.

Everton’s move for Leeds full back Sam Byram has been hijacked at the last minute, and the 22 year old is set to choose West Ham over Everton. A fee still needs to be agreed between the clubs, but it’s thought that the young defender has agreed personal terms with the Hammers.

Talks between Tottenham Hotspur and Newcastle are still ongoing about the transfer of Andros Townsend. Two approaches for the winger have been refused by Spurs but the Tyneside club are still confident that they will land their man.

But Newcastle’s chase of Saido Berahino could be over. Struggling Premier League champions Chelsea have emerged as the bookies favourites to land the West Brom striker.

Scott Sinclair is close to a move back to former club Swansea, with the 26 year old winger being valued at around £2 million by Aston Villa.

Rumours are abound in France about a potential £7.5 million deal that will see Toulouse’s 25 year old striker Wassam Ben Yedder move to Spurs. However, Mauricio Pocchettino insists that he is happy with his current squad and isn’t planning any January signings.

Newcastle’s main focus this January has been brining new players in to stave off relegation, but Moussa Sissoko could be on his way out of St James’ Park. Napoli are interested in the 26 year old midfielder, who is valued at £25 million by his club.