Spurs have pulled off the reported £18 million signing of Bayer Leverkusen’s 23 year old South Korean striker Heung-Min Son, which will probably mark the end of their pursuit of Saido Berahino.

Ola Toivonen has joined Sunderland from Rennes on a one year loan deal as Dick Advocaat looks to strengthen his squad with the 29 year old Swedish midfielder.

Wolfsburg director of sport has told the press that Manchester City have made offered Kevin De Bruyne an astonishing amount of money to join the club. Meanwhile, Manuel Pellegrini refused to answer questions regarding the player at his press conference today.

Liverpool’s 21 year old attacker Lazar Markovic is set to join Fenerbahce on a season long loan deal just a year after signing for Liverpool in a £25 million deal.

Fabio Borini is also expected to leave for pastures new before the transfer window closes on Tuesday.

Chelsea’s fringe defensive midfielder John Obi Mikel is being courted by Turkish club Besiktas, who are hoping to bring him in this week.

It’s not over until the transfer window slams shut. Despite Louis Van Gaal repeatedly saying that Manchester United will not sell David De Gea this summer, representatives of the player are confident that he will sign for Real Madrid before Tuesday. 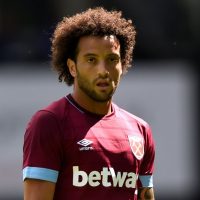