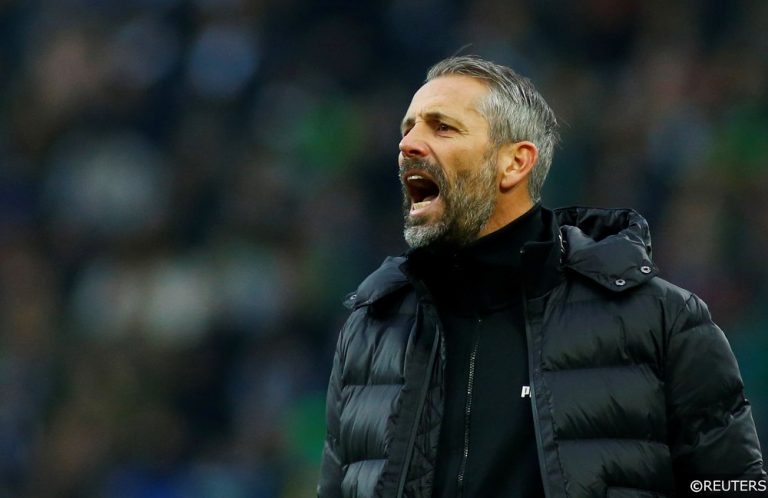 There’s a bumper quintet of German football action on Sunday, starting with the second tier where three of the prime contenders for the Bundesliga 2 crown take to the pitch in a bid to improve their chances of promotion.

This is swiftly followed by a top flight double header as Champions League hopefuls Borussia Monchengladbach host the dwindling Union Berlin before bottom-of-the-pile Paderborn host a wounded Borussia Dortmund outfit. You can find all the latest Bundesliga odds, team news and predicted lineups for these matches right here on FST, too!

Here we’re focusing on the excellent selection of Betfair OddsBoosts available for Sunday’s fixtures, where Betfair offer enhanced prices on a selection of bets throughout the day. If you don’t yet have a Betfair account, you can sign up below and get up to £100 in free bets.

–> 3/1 – Bundesliga 2. OddsBoost – Hamburg, Stuttgart and Heidenheim all to win

The Sunday afternoon action gets underway in the Bundesliga 2 as three of the top four seek to boost their promotion aspirations.

Hamburg sit third in the table and 10 points adrift of leaders Arminia Bielefeld, but they should narrow that gap as they face Wehen Wiesbaden here. Hamburg have won 69% of their Bundesliga 2 home matches and have conceded just nine goals on home soil. Wehen, meanwhile, have failed to score in 36% of their trips away and are expected to struggle on Sunday.

Stuttgart will be vying to keep hold of their 2nd place standing when they travel to rock-bottom Dynamo Dresden. The visitors’ away form has been below-par of late, but they’re facing a Dresden side that have won just six of their 25 Bundesliga 2 games this season. They have lost five of their last nine home league games and could struggle to contain a Stuttgart side that have scored almost twice as many goals as them.

Last up is 4th placed Heidenheim as they host mid-table Erzgebirge Aue. The promotion hopefuls have been beaten just twice in 14 attempts at home this season and they have won six of their last nine. Aue, meanwhile, have only won one away game all season and have lost five of their last seven road trips. The hosts are unsurprisingly strong favourites.

With nine wins from their last 12 Bundesliga games at Borussia-Park, it’s not surprising to see Borussia Monchengladbach as heavy favourites against the declining Union Berlin. The visitors are sliding towards the relegation battle after winning just two of their last 14 league games, and their last four outings have yielded three defeats and a draw.

All eyes will be on Gladbach’s star forward Marcus Thuram on Sunday too. The 22-year-old Frenchman has scored 12 goals for Gladbach this season, but more important is his form since the restart. Thuram has netted in two of his three appearances since returning to action and was a constant threat in their 3-1 drubbing of Eintracht Frankfurt in particular.

If you found yourself looking at our Borussia Monchengladbach vs Union Berlin correct score prediction and fancying a bet, here’s the perfect chance to boost the odds on that selection.

Two of Union Berlin’s last six away games in the Bundesliga have ended in 3-1 defeats and they have conceded at least three goals in four of these six matches. Gladbach have scored an average of 2.21 goals per home game this term, but with only two clean sheets at Borussia-Park it’s unlikely they can keep a clean sheet.

Borussia Dortmund are expected to run out comfortable winners against Paderborn on Sunday. The hosts are rock bottom of the Bundesliga table and look destined for relegation, while Dortmund will be looking to bounce back after their title chances were effectively scrapped in midweek.

With Erling Braut Haaland limping off against Bayern Munich, Thorgan Hazard is expected to lead the line for Dortmund and there’s every chance he can add to his six Bundesliga goals. The Belgian attacker has scored in two of his last five appearances and odds of 6/1 for him to open the scoring look very attractive.

The 20-year-old England international averages 2.2 shots per 90 minutes in the Bundesliga and has shown just how ruthless he can be by directly involving himself in 30 Bundesliga goals this season, including scoring 14 goals himself.