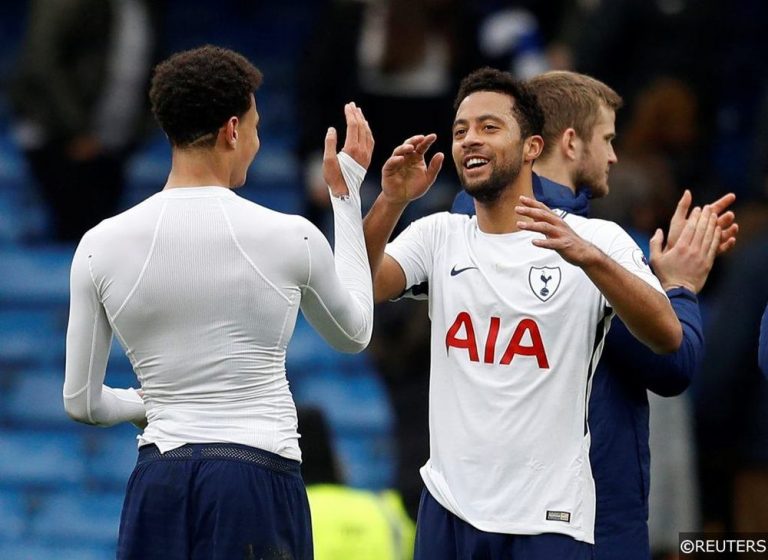 Fulham confirmed a deal for Swansea defender Alfie Mawson, in a deal which could reach £20million. The new Premier League side have scooped up one of the biggest talents from last season’s relegated sides, and he’s the latest in a string of impressive signings heading for Craven Cottage.

His reputation wasn’t hit by Swansea’s struggles last season. At just 24, his best years are surely ahead of him. After coming through at Swansea, he should be comfortable with the style of football that Fulham play. He’s their second signing of the week, and fifth of the window overall, as the Cottagers look to avoid the fate which Mawson suffered in May.

Crystal Palace made their second midfield signing in two days with their capture of Max Meyer from Schalke. The German international left the Bundesliga side on a free transfer this summer, and he becomes Palace’s third signing of the summer. They brought in Cheikhou Kouyate from West Ham yesterday, as they looked to beef up their midfield.

The Eagles sold Yohan Cabaye this summer, while Ruben Loftus-Cheek returned to Chelsea. That left huge gaps, and Palace have started to move for replacements late in the window. However, with a reported £170,000 wage, this move does feel like a desperate deal on Palace’s part.

Days after confirming Aleksandar Mitrovic’s departure to Fulham, Newcastle announced the arrival of Japanese international Yoshinori Muto. The new forward came in for a reported £9.5million, less than half of the fee which Mitrovic left for.

Newcastle have now added five players to their squad this summer, as they continue to look for bargains. After confirming the signing from Mainz, the Magpies have now spent £16.5million this summer, but they’re still chasing more additions.

We are delighted to announce that Japan international Yoshinori Muto has completed a move to Newcastle United after he was granted a work permit at a hearing today. #NUFC pic.twitter.com/eB7qAoxtsa

Chelsea’s interest in Wilfred Zaha emerged yesterday, and the Palace man seems determined to make that move happen. Reports suggested that the Blues were ready to offer £30million and Danny Drinkwater for the winger, and now Zaha has told his teammates that he’s desperate for a switch to Stamford Bridge.

Zaha has rejected a new contract at Palace at £125,000 per week, and he’s bound to get an increase on that if he can complete a switch to the Blues. The Ivory Coast winger’s pacey, direct style would suit Maurizio Sarri, but it’s said that the Eagles will only consider a huge offer. (Mirror)

Tottenham are ready to listen to offers for three of their current squad, who have all been linked with moves this summer. Both Alderweireld and Dembele are entering the final year of their contract, while Rose has struggled to keep his place in the side over the last year.

All three seems like players who could depart without massively hurting their side, while the funds gained are set to be put towards two new signings. It’s understood that one of those additions would be a direct replacement for whoever departs, meaning Spurs aren’t likely to let all three go this summer. (Sky Sports)

West Ham have had a busy transfer window, but they’ve yet to find a striker to lead the line. That could be about to change, as they chase Real Betis forward Antonio Sanabria. Ligue 1 side Nice have been keeping tabs on him, but now the Hammers are looking for a £20million deal. While the Spanish side are hoping to keep him around, the lure of the Premier League may be too much for the forward. (Marca)

Bournemouth are attempting to secure the signature of Jefferson Lerma ahead of Thursday’s deadline. However, Levante are demanding £30million for the Colombian midfielder. The 23-year-old was the subject of a £27million bid from the Cherries, but with the deadline looming the Spanish side can afford to play hardball over the next few days. Lerma is Bournemouth’s first choice on their transfer wish list, but they face a fight to secure his signature. (Sun)

Burnley’s attempts to finally get a signing over the line stepped up on Thursday. There were reports that they were targeting Swansea’s Sam Clucas, while they had a bid rejected for West Brom’s Rodriguez. The forward came through at Turf Moor, and he could be set for a return with Sean Dyche interested.

However, West Brom rejected a £16million offer from Burnley, demanding £20million. With the transfer window nearing the deadline, the Clarets may up their bid to meet that. With European football clogging up their schedule and a thin squad leaving them a little short. (BBC Sport)

The Clarets were dealt another transfer blow, as their approach for Middlesbrough’s Ben Gibson was rejected. The defender came through the academy at the Riverside, and he’s spent eight years at the club. Obviously they’re not keen to let go of a player with that kind of background. However, the defender has attracted interest from Everton, West Ham and Leicester in recent months, so this is familiar territory for Boro. (Sky Sports)