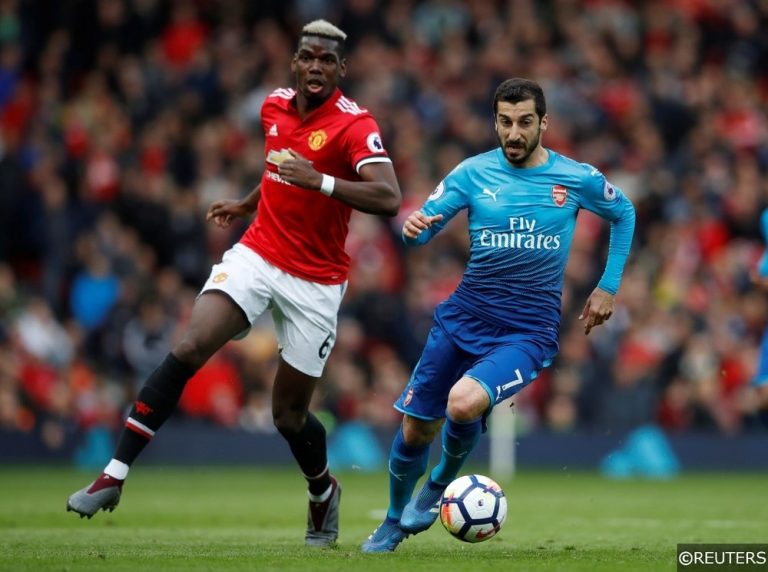 The loan swap of Salomon Rondon and Dwight Gayle is finally complete. It looked like Newcastle and WBA had reached an impasse, but the clubs finally pushed a deal over the line with the transfer window creaking shut.

Rafa Benitez told Newcastle’s official website: “I am delighted to sign Salomon. When we were looking for options up front, we knew how important experience would be. Salomon has been in the Premier League for a while and he knows how demanding it is.

“He, together with Yoshinori Muto, will give us different options and will improve the competition between the strikers, which is always positive for the team.”

CONFIRMED: @salorondon23 joins Newcastle United on loan!@dwightgayle moves to @WBA on loan as part of the deal.

Manchester United have reportedly rejected a cash plus player offer for Paul Pogba from Barcelona valued at £45m plus Yerry Mina and Andre Gomes, according sources in Italy.

Pogba’s agent Mino Raiola is rumoured to have been working the background throughout the summer, sounding out potential moves for his client. United are adamant that Pogba isnt for sale however. (Sky Sports)

West Ham and Newcastle are both interested in signing Lille’s midfielder Thiago Maia according to reports. The Brazilian has only been in Ligue 1 for one year after moving there from Santos last summer.

The 21-year old, who plays primarily as a holding midfielder, made 34 appearances in Ligue 1 for Lille last season. (London Evening Standard)

Everton have won the race to sign Brazilian winger Bernard ahead of Chelsea, Atletico Madrid and West Ham. The Shaktar Donetsk schemer was out of contract this summer and the Toffees have swooped to land him on a free transfer.

The 25-year old is expected to have a medical at Everton inside the next 24 hours. Bernard scored 10 goals in 29 appearances for Shaktar last season. (Telegraph)

Crystal Palace are considering a move to re-sign Yannick Bolasie from Everton. The winger joined Everton in 2016 for £25m but he has been told he can leave the club by new boss Marco Silva.

Bolasie had 4 seasons at Selhurst Park before moving north to joing Everton. The 29-year old has played just 29 Premier League matches for Everton since signing for the Toffees 2 years ago. (London Evening Standard)

Reports are emerging that Chelsea have made Stoke goalkeeper Jack Butland their number one target should Thibaut Courtois leave the club this summer. The Blues have targeted Butland after Everton refused to consider selling England goalkeeper Jordan Pickford.

It’s understood that Stoke would be prepared to sell Butland for around £30m, though they would need to sign a replacement for the stopper before sanctioning any move. (The Independent)

West Ham are closing in on a deal for Arsenal striker Lucas Perez. New Gunners boss Unai Emery has told the player he has no future at the Emirates and the forward could be available for as little as £5m.

Perez’s agent Rodrigo Fernandez Lovelle said: “I know that West Ham want him and they have made an offer. It is an option. Lucas is happy at Arsenal but he wants to play regularly and West Ham is an option for him.” (BBC Sport)

Representatives from Manchester United have made initial contact Bayern Munich over a possible deal for centre-back Jerome Boateng. The Bundesliga champions are thought to value Boateng at around £45m.

The 29-year old has also been linked with a move to PSG in France. Boateng, a former employee of Manchester City, has played 73 times for Germany. (The Guardian)

Traore has an £18m release clause in his contract but it’s understood Wolves are likely to pay more than that, with appearance-based fees eventually likely to take the initial £10 fee past the £20m mark.

Traore is expected to have his medical early this week before finalising the transfer. Traore, who was schooled at Barcelona’s famous La Masia academy, scored 3 times in 23 appearances for Boro last season.

Leon Bailey has revealed there is “concrete interest” from clubs trying to sign him this summer. The Bayer Leverkusen wide-man has been heavily linked with moves to both Chelsea and Roma.

However, the 20-year old Jamaican is keeping his feet on the ground. “There’s concrete interest,” he told Kicker.

“What I can say is that my full focus is on developing myself as a young player, and that’s what I’ll focus on. If a club wants me, my management and Bayer 04 will take care of it.” (Chelsea)