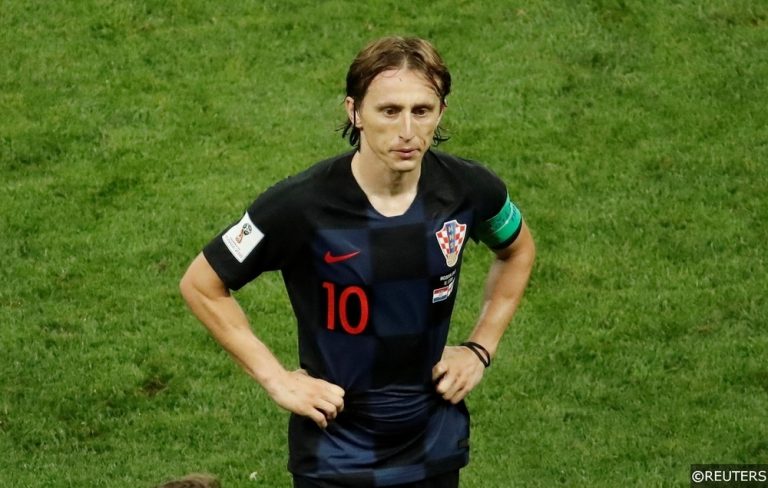 Dutch centre-half Philippe Sandler has signed for Premier League champions Manchester City from Eredevise side PEC Zwolle. Reports in the Netherlands say that City have paid around £2.6m for the 21-year-old – a club record sale for the Dutch club.

The Dutch Under-20 international, who can also be deployed as a defensive midfielder, was schooled at the Ajax academy before joining Zwolle in 2016.

Sandler said: “The best manager in the world, Pep Guardiola, is currently in charge there, and he can teach me a lot, and also the style in which they play football attracts me a lot.

“I watch a lot of football and City are in great form this season, blowing teams away with great football in the Premier League and the Champions League.”

Read More: Premier League 2018/19 Predictions: who finishes where in the table?

Inter Milan have contacted Real Madrid midfielder Luka Modric’s agents over a potential transfer to Serie A. The highly decorated Croatian is believed to be open to the move to San Siro.

Modric captained Croatia to the World Cup final this summer and is thought to be on the lookout for a new challenge at club level. The Serie A giants have also been linked with a moved for Bayern Munich’s Chilean international Arturo Vidal. (Sky Italy)

Lucas Digne’s move to Everton from Barcelona is reportedly close to being completed. The former Paris Saint-Germain left-back is expected to cost the Toffees around £20m.

The 25-year old Frenchman is likely to be joined at Goodison Park by Marcos Rojo. Everton hope to tie up a deal for the Manchester United defender by the weekend. (Liverpool Echo)

Barcelona have been linked with a shock move Liverpool’s error-prone goalkeeper Simon Mignolet. The Belgian has become a comedic figure at Anfield and Liverpool are thought to be ready to part ways with the 30-year old.

Barcelona are looking to add depth to their goalkeeping options and have identified Mignolet as a potential signing. Liverpool valued Mignolet at around £12.5m (Daily Mail)

Fulham are interested in signing Wolfsburg’s French midfielder Josuha Guilavogui, according to reports. The 27-year-old defensive-midfielder has two years left to run on his contract and the Cottagers are looking for another player in his position to compete with Kevin McDonald.

Guilavogui has 7 caps for France but has not pulled on a Les Bleus shirt since 2015. (Sky Sports)

Luke Shaw is being lined up for a surprise move to Bundesliga side Wolfsburg. The left-back’s future at Manchester United remains in a constant state of uncertainty, though the 23-year old is thought to be keen to prove himself under Jose Mourinho.

With so many defensive injuries at present, United are unlikely to let Shaw go unless they can complete a move for a replacement. However, Shaw’s contract expires next summer and he will be free to talk to foreign clubs in January  (The Sun)

Valencia have targeted a move for Chelsea’s Michy Batshuayi. The 24-year-old Belgium international striker is searching for regular first team football after returning to Stamford Bridge from a brief loan spell in Germany with Borussia Dortmund.

Batshuayi made only three Premier League starts in the first half of last season under Antonio Conte, but the striker scored 9 goals in 14 appearances for Dortmund before picking up an injury in April. (The Mirror)

Everton are reportedly interested in signing Russia’s World Cup star Denis Cheryshev. The 27-year-old scored 4 times for the host nation this summer as they made it all the way to the quarter-finals.

Cheryshev is currently tied to Villarreal but their Coach Javier Calleja is rumoured to have made the Russian available for transfer. Reports suggest that Everton are interested in making a late swoop for the former Real Madrid man before the window shuts next week. (MARCA)

Crystal Palace manager Roy Hodgson is in advanced talks to sign German winger Max Meyer. The versatile 22-year-old is available on a free transfer after leaving Schalke at the end of last season.

His capture would be considered a huge coup for the south Londoners. Meyer, once rated as one of the best young players in Germany, has 4 senior caps for his country. Palace are hoping to have a deal for Meyer completed in the coming days. (Guardian)

Arsenal could make a late move for M’Baye Niang after Serie A club Torino rejected an approach to sign him from Nice. The 23-year-old impressed for Senegal at the 2018 World Cup and has previously been linked with a move to the Gunners.

Torino are thought to be looking for a fee in the region of £12.5m for Niang. Arsenal are rumoured to be monitoring developments. (Tutto Mercato)

French giants PSG are still chasing N’Golo Kante even though Chelsea have offered the midfielder a mammoth new contract that would see him become the club’s top earner.

The World Cup-winning France international has established himself as one of the best players in his position in the game and he looks set to sign a deal thought to be worth £290,000-a-week at Stamford Bridge. PSG have the financial clout to match or even better that salary however. (Mirror)