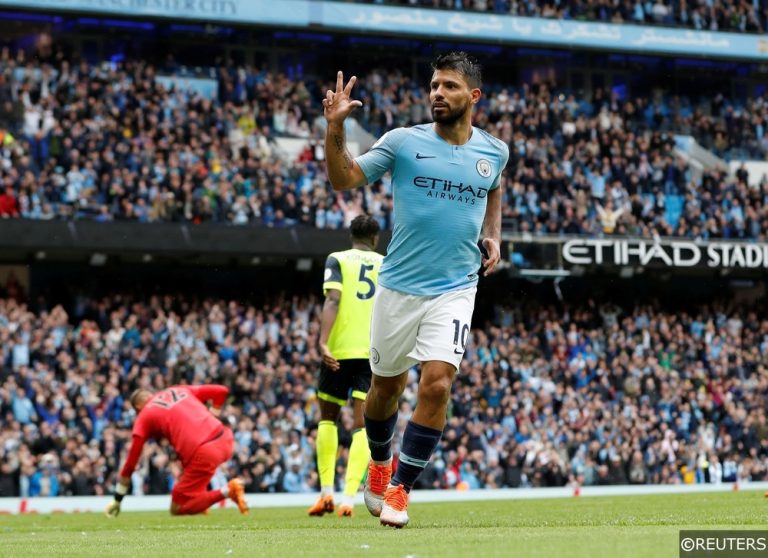 The 2018/19 Premier League produced its first major shock of the season at the weekend when Brighton & Hove Albion beat Manchester United at the AMEX for the second time in a little over three months.

Elsewhere, title hopefuls Liverpool, Chelsea and Tottenham maintained their 100% starts, as did Bournemouth and Watford, while Manchester City flexed their considerable muscle against a hapless Huddersfield Town.

There was a first win of the season for Leicester against new boys Wolves, though Arsenal, West Ham and Fulham are still looking for their first Premier League points after respective, successive defeats.

Check out who we think put in the best individual performances of the weekend in our FST Premier League Team of the Week. 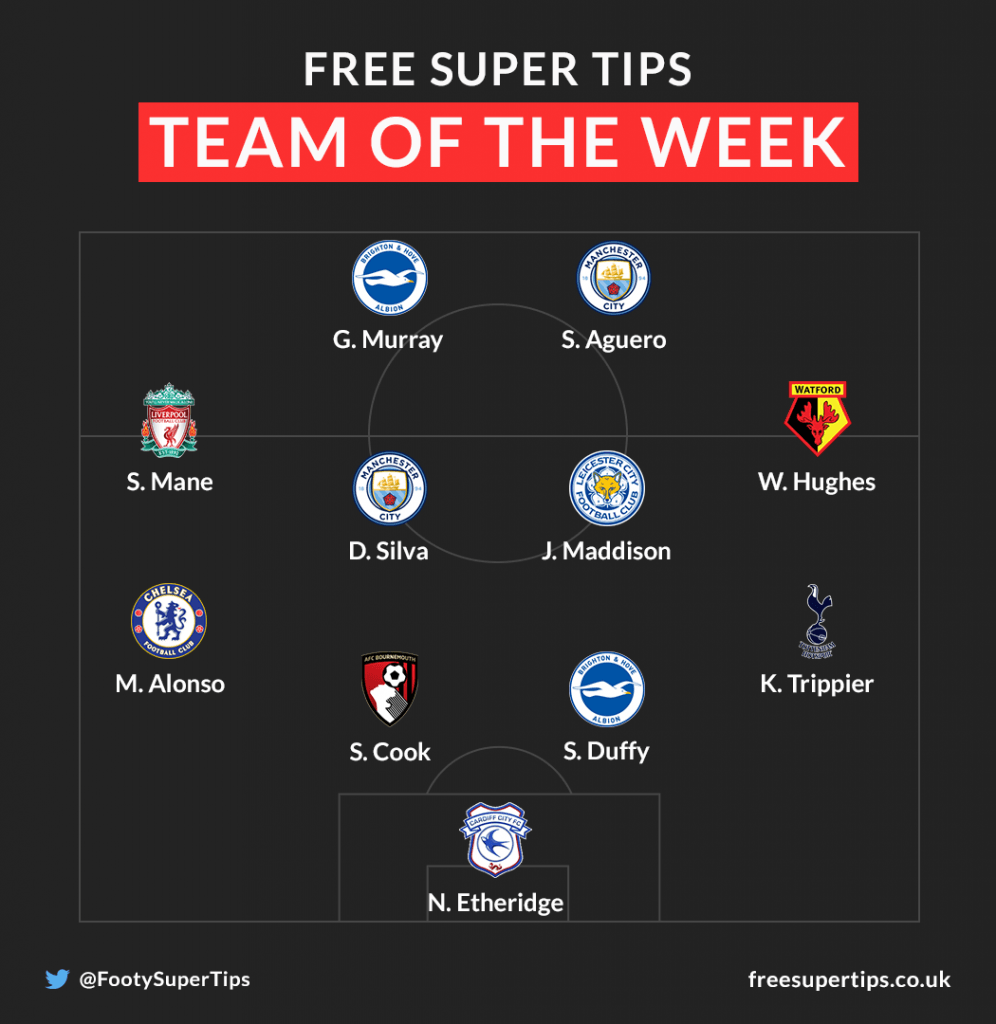 Cardiff City have their goalkeeper to thank after winning their first point of the Premier League season at the weekend. Neil Etheridge made 6 saves against Newcastle United including a 96th minute penalty stop to deny Kenedy a winning goal from the spot. Etheridge was an integral part of the Bluebirds team that won promotion from the Championship last season.

Trippier was at his marauding best for Spurs in their 3-1 win against fellow Londoners Fulham on Saturday. Tripper provided a consistent outlet on the right-hand side for Tottenham and capped a fine all-round performance with a stunning goal direct from a free kick in the second half.

Cherries centre half Steve Cook made an incredible 11 clearances for his side against West Ham in London on Saturday. Cook was a one-man forcefield protecting the Bournemouth goal and the 27-year old popped up at the other end to score the winner goal after the hour mark.

Republic of Ireland international Shane Duffy produced a man of the match performance in his side’s shock 3-2 win against Manchester United on Sunday. Duffy’s regular central defensive partner Lewis Dunk went off injured in the first half at the AMEX, though Duffy remained confident and aerially dominant in his absence. Duffy helped himself to the game’s second goal too, putting a cherry on top of his superb display.

Marcos Alonso already looks to be thriving under the management of new Chelsea boss Maurizio Sarri. Alonso’s strengths have always been in attacking areas and the Spaniard has been given licence to roam forward in Chelsea’s new system. Alonso laid on an assist for Pedro before grabbing the decisive goal of the game late in the second half.

Watford midfielder Will Hughes was superb in the Hornets fine 3-1 win against Burnley at Turf Moor on Sunday. The diminutive schemer was much more combative than usual in the centre of the pitch, adding tackles to his usual play-knitting repertoire. Hughes also scored a fabulous long range strike to extend Watford’s lead in the second half.

James Maddison followed up his impressive showing at Old Trafford last week with an equally head-turning performance against Wolves on Saturday. The Foxes’ summer signing got off the mark for his new club on the stroke of half time and though the deflected effort had a hint of good fortune about it, the goal was Maddison’s just rewards for a fine overall display. The 21-year old former Norwich City playmaker already looks a snip at £22m.

David Silva returned to the Man City starting XI this week and though the Spaniard only played an hour in sky blue, he remined everyone just how magical a player he is. Silva’s close control and weight of pass carved open the Huddersfield Town defence time and time again, and the 32-year old slammed home a sensational freekick early in the second half to complete his fabulous individual display.

Sadio Mane makes the Team of the Week for the second week running for his all action performance against Crystal Palace on Monday night. Mane was a constant thorn in the host’s side with his explosive pace and clever movement. The Senegalese international plundered his 3rd league goal of the season in the second 45, rounding the Palace keeper before easing the ball over the line.

Still arguably the finest striker in the Premier League, Sergio Aguero was an unstoppable force against Huddersfield Town on Sunday. The pocket-sized Argentinean helped himself to a hattrick, the first of which was a delicious chip over a panicking Terriers rearguard. Aguero had just 4 shots on target against Huddersfield, illustrating just how deadly a finisher the 30-year old is.