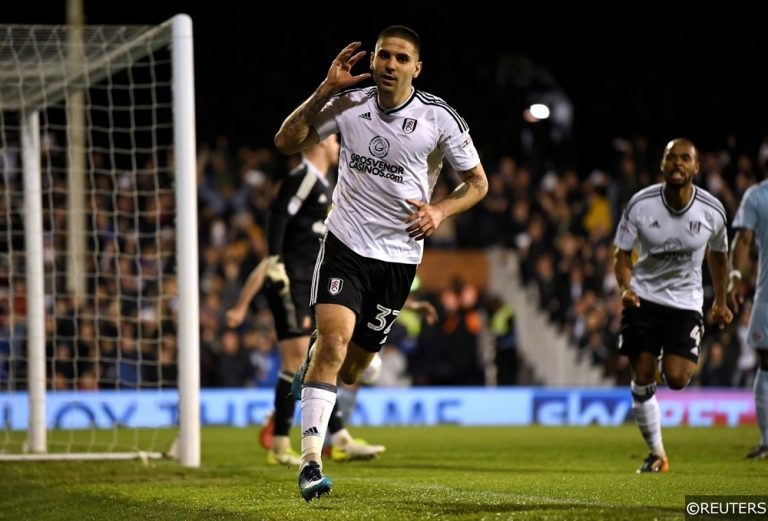 Week 3 of the 2018/19 Premier League season is done and dusted, giving us the opportunity to exhale and take stock after another round of frenetic fixtures.

Liverpool, Tottenham, Chelsea and Watford continue to set the pace, each maintaining their perfect starts to their respective league campaigns so far.

West Ham lost again and the Hammers remain the only side in the division yet to put a point on the board. Elsewhere there were first wins of the season for Fulham and Arsenal, while Manchester United’s descent shows no signs of slowing.

Check out who we think put in the best individual performances of the weekend in our FST Premier League Team of the Week. 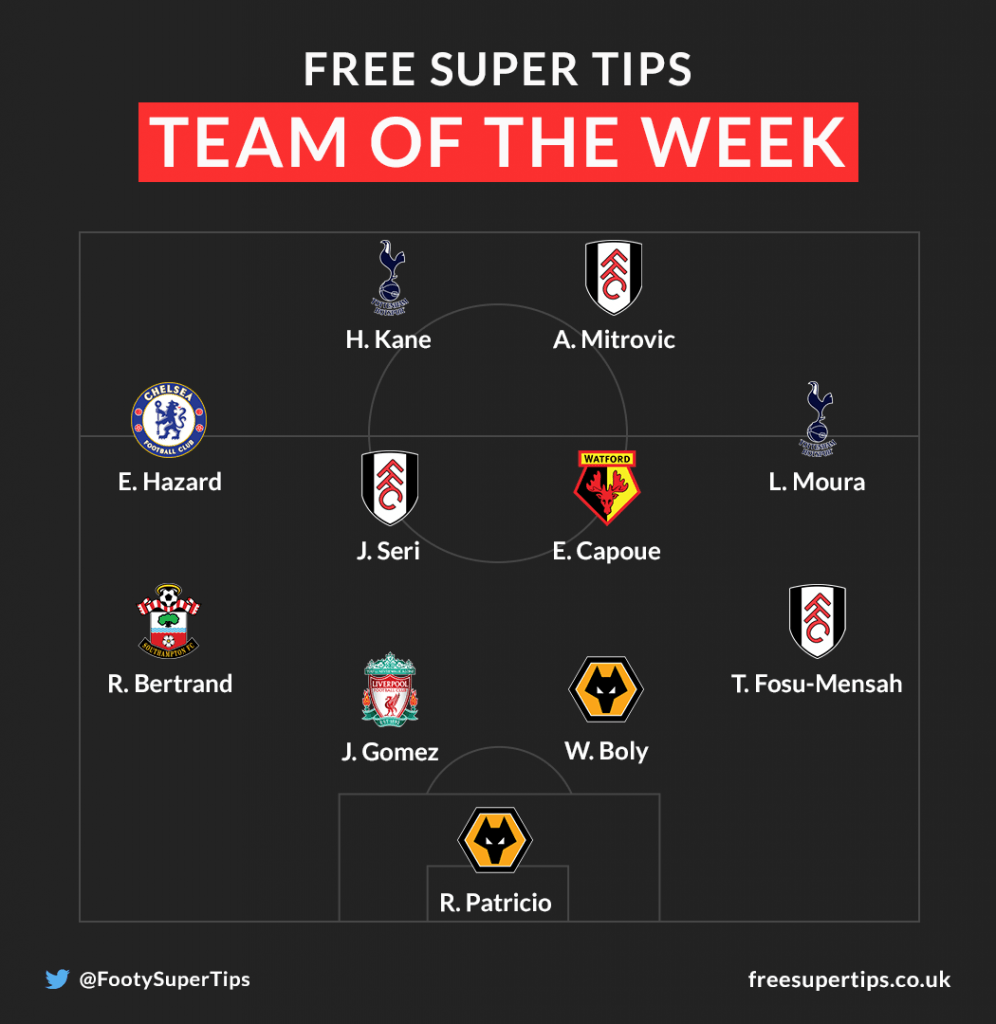 Any team with dreams of taking points off Manchester City this season will probably need their goalkeeper to put in a superhuman performance against them. Wolves’ Rui Patricio certainly came close to reaching that level with his fantastic display against the champions on Saturday. The Portuguese international had the frame of his goal to thank for his clean sheet, in part at least, though the former Sporting star put in plenty of work himself. His save onto the bar from Raheem Sterling’s long-range effort was simply stunning.

Dutch utility player Timothy Fosu-Mensah was at his marauding best down the right flank for Fulham in their terrific 4-2 win over Burnley on Sunday. The flying full back used his blistering pace to provide a consistent attacking outlet for the Cottagers and the 20-year old was considered and thoughtful in possession throughout. You’d have to wonder why Manchester United allowed him to leave on loan?

Willy Boly made a huge impact at both ends of the pitch in Wolves draw with Manchester City on Saturday. The burly French centre half opened the scoring (albeit with his arm) just before the hour mark and his 5 blocks at the other end helped to secure a well-earned point for his team. Boly also completed 88% of his passes, keeping his cool to maintain his accurate distribution through City’s high press.

21 year old center half Joe Gomez has enjoyed a near faultless start to his Liverpool season. In his latest outing against Brighton, the youngster actually outshone his defensive partner Virgil Van Dijk for most of the contest, winning 8 headers to the Dutchman’s 2. It’s clear that Gomez is full to bursting with confidence and if he can stay fit, the sky is the limit for the Charlton Athletic youth product.

Ryan Bertrand was unlucky to finish on the losing side after his excellent individual performance in Southampton’s 1-2 loss at home to Leicester City. Bertrand defended decisively and linked up brilliantly with Nathan Redmond down the Saints’ left-hand side. The 29-year old hit a stunning opening goal too, smashing the ball first time into the roof of the net first time from the edge of the area from a cut back.

If reports are to be believed, Manchester United passed on the opportunity to sign Lucas Moura from Paris St. Germain before the Brazilian winger made the move to Tottenham. Moura showed United what they were missing at Old Trafford on Monday night as he tore the home defence to shreds with his clever movement and searing pace. Moura scored 2 superb second half goals to help Spurs rub Jose Mourinho’s nose in it.

It took Jean Michael Seri just 3 and a half minutes to score the first goal of Fulham’s 4-2 win against Burnley on Sunday – and what a goal it was. The Ivory Coast international stepped inside from the left and unleashed a screaming 25-yard drive into the top corner. After that the former Nice schemer was purring and Serri’s hardly put a foot wrong for the Cottagers. He already looks one of the signings of the summer.

Calm on the ball and physically imposing, Etienne Capoue put in the quintessential Etienne Capoue performance for Watford in their victory against Crystal Palace. The Frenchman might have seen red on another day for his tackle on Wilfried Zaha, but apart from that momentary lapse, the 30-year old excelled througout. Capoue claimed an assist too, freeing Roberto Pereyra down the left before the Argentinean struck.

Despite being repeatedly fouled, Eden Hazard never hid at St. James’ Park on Sunday. The Belgian continued to make himself available for the ball and weaved pretty patterns through the Magpies defence with his slaloming runs. The talismanic Chelsea winger also kept his cool to convert from the spot with just fifteen minutes of the game remaining to give his side the lead.

Harry Kane continues to lay waste to his August hoodoo, scoring his second goal this month against United on Monday evening and his first ever goal at Old Trafford. Kane expertly provided an outlet for his teammates after a testing opening quarter in Manchester and when his chance finally came in the second half, he took it brilliantly. Combining physical strength with technical skill, Kane put in a complete performance as a centre forward and as a captain.

Alesksandar Mitrovic’s love affair with Fulham continues to flourish. The Serbian international, who made his loan switch a permanent one in the summer, scored 2 headers in 2 first half minutes at Craven Cottage against Burnley to help his side eventually beat the Clarets 4-2. He was denied a hattrick in the second half when his powerful left footed effort cannoned back off the post, though Andre Schurrle was there to tuck away the rebound.