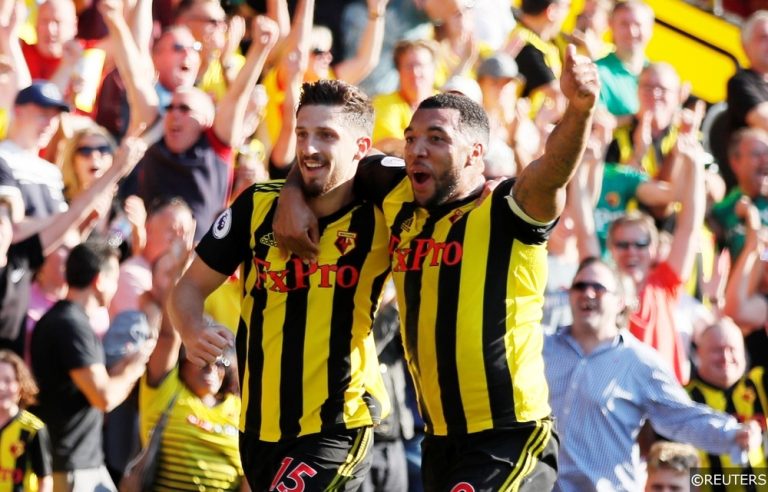 During the latest round of 2018/19 Premier League fixtures, four unbeaten starts became three as Tottenham Hotspur’s perfect run came to a halt at Watford.

The Hornets, along with Liverpool and Chelsea, still haven’t dropped a point as they continue to be an unfamiliar face in the Champions League places.

Elsewhere there was another narrow defeat for Newcastle, who lost by the odd goal in three for the third time in four matches, while Wolves piled on the misery for West Ham to claim their first Premier League win of the season.

Manchester United should have had a hatful in their victory against Burnley, leaving the Clarets as one of five Premiership teams still waiting for a win.

Let’s take a look at some of the best individual performances from the weekend’s games in our FST Premier League Team of the Week: 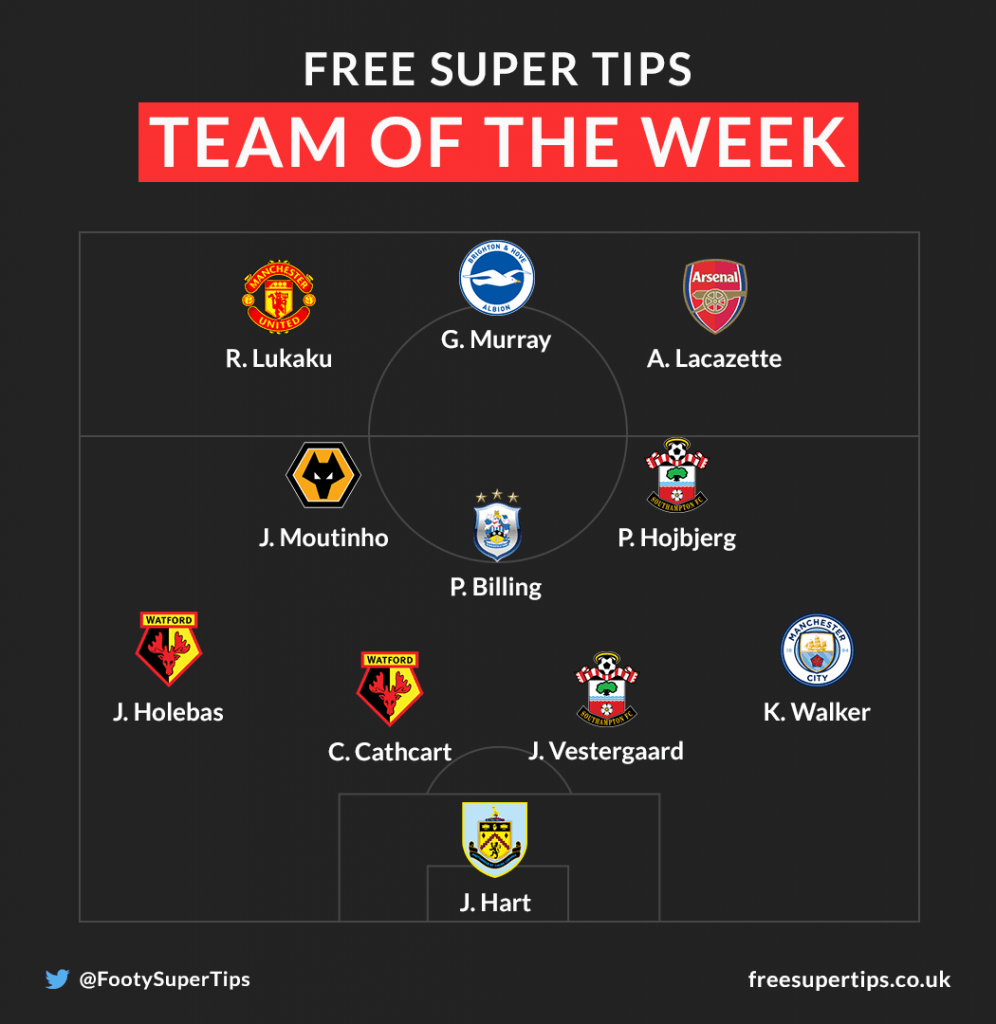 Joe Hart rolled back the years against Manchester United on Sunday with a fine all-round display of goalkeeping. Hart couldn’t prevent his team losing the game, but without his heroics, the score could have been far worse than 0-2. The 75-times capped former England international came out on top in several one-on-one situations and kept out a second half Paul Pogba penalty for good measure.

Kyle Walker was his usual marauding self against Newcastle United, spending as much time in the opposition’s half as he did in City’s. The champions weren’t at their effervescent best against Newcastle, but with the score locked at 1-1, Walker unleashed a howitzer of a right footer from distance to give City the lead. The strike turned out to be the winning goal, capping a terrific performance from Walker.

Summer signing Yannick Vestergaard was instrumental in helping Southampton grab three points and a clean sheet against Crystal Palace at Selhurst Park on Saturday. The Danish international had a 100% tackle success rate against the Eagles and completed 7 clearances in total. Vestergaard also completed 90% of his passes for the Saints, a higher percentage than any of his teammates.

Not many defenders can keep Harry Kane as quiet as Craig Cathcart did on Sunday. Watford are the surprise package of the season so far and they continued their superb start to the campaign with a win against Spurs at Vicarage Road. Cathcart was central to their success, making 10 clearances from his position at centre half alongside Christian Kabasele. Cathcart put the icing on the cake by nodding home the winning goal with 15 minutes on the clock

Veteran left back Jose Holebas brought his assist tally for the season to 4 this weekend after his set piece delivery provided the ammunition for both of Watford’s goals against Tottenham. Holebas is now the joint top assist maker in the Premier League so far this season alongside another left back – Man City’s Benjamin Mendy.

22-year old Danish midfield Philip Billing produced a near flawless defensive midfield performance for Huddersfield in their 1-1 draw against Everton at Goodison Park on Saturday. Billing, who has been at Huddersfield since 2013, scored a brilliant header to give the Terriers the lead on Merseyside, but it was his efforts near the other end of the pitch that stood him apart. Billing made 5 successful tackles as he swept up in front of the Huddersfield rearguard, only centre-half Zanka made more during the 90 minutes.

Interestingly, Hojbjerg is the third Dane to make our FST Team of the Week and the 23-year old Copenhagen born midfielder was a shining light for Southampton in their hard-fought win at Crystal Palace. The former Bayern Munich youngster has only ever shown his quality in flashes for the Saints, but against Crystal Palace he did pretty much everything right. Fittingly, the scored the game’s second goal to seal the 2-0 win for Southampton.

Wolves supporters must pinch themselves every time they see the Portimão passing precisionist Joao Moutinho caress the ball to one of his new teammates. Moutinho was class personified for Wolves in their 1-0 win at West Ham, completing 94% of his passes, 3 of which were key. After a display like this, it’s a good idea to remind yourself that Moutinho cost Wolves just £5m this summer. Biggest bargain in years.

Playing at the focal point of Arsenal’s attack, Frenchman Alexandre Lacazette was a constant thorn in Cardiff’s side on Saturday. Making his first Premier League start of the season, Lacazette put a convincing case forward for his regular inclusion for Arsenal. The former Lyon star provided an assist for teammate Pierre-Emerick Aubameyang just after the hour, before smashing home the winning goal himself with nine minutes of the game left.

Romelu Lukaku could have scored an absolute bucketload for Man Utd in their 2-0 win at Turf Moor against Burnley. The Belgian hitman plundered two goals in the opening 45, and his all-round play deserved more end product in an arguably even more impressive second period. But for Joe Hart in the Clarets goal, Lukaku could have been taking the match ball home at the very least.

Glenn Murray continued his electric start to 2018/19 at the weekend, scoring twice to drag Brighton back from the dead against Fulham. The Seagulls found themselves 2-0 down after an hour against the newly promoted Cottagers before Murray sprang into action. The centre forward swept home an Anthony Knockaert pass to halve the deficit on 67 minutes before slamming home an equalizer from the spot with 6 minutes to play. Moreover, it was Murray’s all-round display as much as his goals that earned him a place in our line-up. Murray, who turns 35 at the end of this month, won 8 aerial duels against Fulham, 5 more than any other player on the pitch.