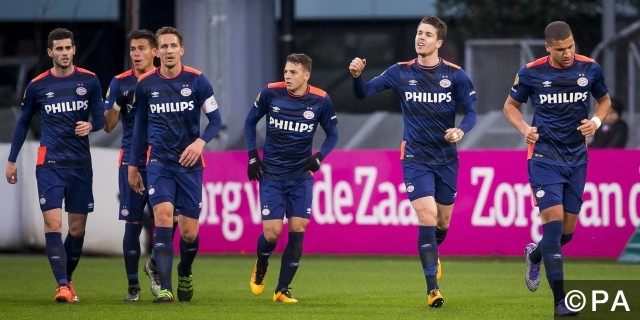 Ajax looked set to claim the Eredivisie title last season, but they were pipped at the post by the defending champions PSV Eindhoven, whose stunning winning streak in the closing weeks meant they snatched top spot and their 23rd Dutch title as a result.

The two clubs finished a long way clear of their nearest competition, with Feyenoord ending 21 points off the top despite a strong end to the season, and the 2016-17 season is again likely to be a straight fight between Ajax and PSV.

Ajax have a new man in the dugout after Frank de Boer left at the end of last season. Peter Bosz has plenty of experience in the Eredivisie but this is by far the biggest job of his career, while he is without Viktor Fischer, Mike van der Hoorn and Ricardo van Rhijn, all of whom have been sold. Colombian pair Davinson Sánchez and Mateo Cassierra are among the new arrivals, while experienced German Heiko Westermann will strengthen the back line after joining on a free transfer.

Odds of 11/8 on Ajax to win the title are not particularly appealing given the inexperience at the highest level of Bosz, with PSV instead favoured to secure what would be a third successive championship under their talented young coach Phillip Cocu. Jeffrey Bruma has been sold to Wolfsburg, but Cocu’s squad is virtually the same as last season, when they looked unbeatable in the final few weeks of the campaign.

A price of 11/10 with bet365 looks good value for PSV to defend their title successfully, although Cocu will also want to make progress in the Champions League this season after exiting to the finalists Atletico Madrid on penalties last time out.

To Finish in the Top Four

Groningen ended last season on a strong run of form, but breaching the big three of Ajax, PSV and Feyenoord is likely to be a step too far, although Simon Tibbling can continue his development into one of the finest young midfielders in the Dutch league. Qualifying for Europe should be Groningen’s aim and while 150/1 on them to win the title is not worth taking, a punt on them to finsih in the top 4 is worth considering.

At the bottom of the table, Eredivisie new boys FC Dordrecht look to have their work cut out and they will be very strong favourites to drop straight back out of the top tier this season. We can’t see them staying up in 2016/17.

Luuk de Jong is a proven talent in the Dutch league, so it would be no surprise to see him top the odds charts for top goalscorer in the Eredivisie this season. With last year’s top goalscorer, Vincent Janssen departing to the Premier League with Tottenham, the opening is there for Luuk de Jong to lead PSV to a third successive title with his prowess in front of goal.

Arkadiusz Milik’s future remains in doubt even this close to the start of the season so it is advised to steer clear of him, but Dirk Kuyt of Feyenoord and Hakim Ziyech of Twente could certainly well be worthy of a shout after their strong campaigns last time out.