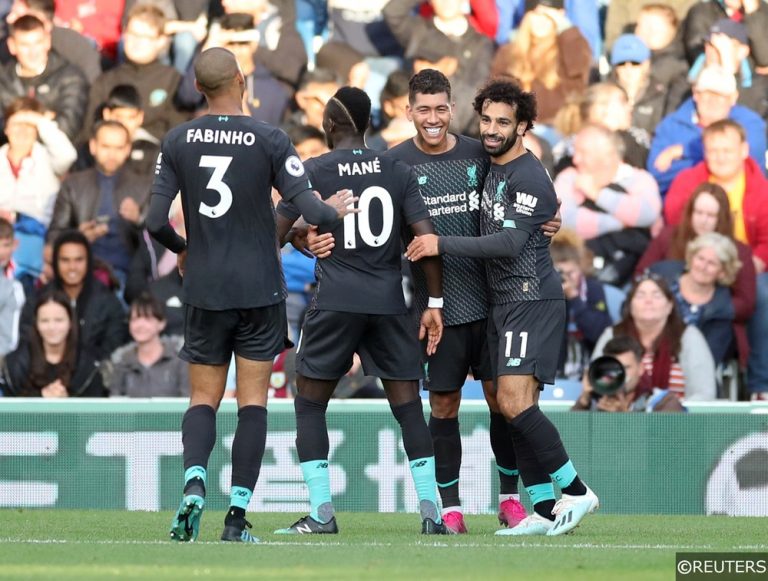 After a weekend of FA Cup magic to held us along at the start of a new decade, the Premier League returns with a vengeance this weekend as 20 teams prepare to do battle.

There are a number of enticing looking fixtures with huge stakes on the line, but none looks better than Saturday evening’s live TV game in North London, where Jose Mourinho’s Tottenham Hotspur side play host to runaway league leaders Liverpool.

The odds are firmly stacked against a Spurs side ravaged by injury, and with the likes of Harry Kane, Tanguy N’Dombele and Moussa Sissoko sidelined not many are giving the hosts a chance. However, with Mourinho in the dugout anything can happen, and a victory for Spurs could prove a turning point in the battle for a top four spot.

You can find all our Tottenham vs Liverpool predictions here, but the main point of interest here is a couple of very enticing special offers from the bookmakers.

20/1 for Liverpool to Score Against Spurs at William Hill

If you don’t already have a William Hill account, now is the time to get one. They’re offering a huge price on Liverpool to get on the scoresheet at Spurs on Saturday, and considering they’ve found the back of the net in each of their last 29 Premier League matches we’d say it looks like pretty good value!

It’s not just Liverpool’s scoring form backing this up either. Tottenham have conceded in 12 of their last 13 competitive fixtures, with 19 goals being shipped in the 12 games since Mourinho was appointed.

All you need to do is sign up to William Hill using the banner below and deposit using the code EPLV20. You can stake a maximum of £1 on the bet, and the extra winnings will be paid out in the form of 4 x £5 free bets.

Already got a William Hill account, or maybe you just fancy a different bet? Not to worry, 888Sport have you covered with this delightful looking offer.

Spurs are understandably the underdogs on Saturday, but with them winning three of their four home Premier League games since Mourinho took charge 28/1 is an absolutely massive price!

That being said, Liverpool have won all but one of their Premier League outings this season and have dropped just 10 points in the last 12 months of top flight action. A £5 bet at 8/1 for them to take all three points is a very generous offer indeed.

All you need to do is sign up to 888Sport using the banner below and deposit at least £10 using the promo code 888ODDS. Then you can place a maximum of £5 on either of these enhanced prices, with all winnings paid out as free bets within 72 hours of the bet settling.

Fancy something else? How about a £5 free bet on every EPL match on Saturday?

If you’re torn on the Tottenham vs Liverpool match, how about sticking with 888Sport and bagging yourself a free £5 bet on every Premier League match on Saturday?

You just need to sign up to 888Sport below, deposit using the promo code PL35 and place a £10 bet at odds of 1/2 or greater. You’ll then be credited with a £5 free bet to use on each of Saturday’s seven Premier League matches.

The action kicks off at lunchtime as Crystal Palace host Arsenal at Selhurst Park, and then we dive into a 3pm fixture list that includes Chelsea vs Burnley, Leicester vs Southampton, Wolves vs Manchester United and Everton vs Brighton. Finally, we end the day with the best of the bunch as Spurs take on Liverpool.

Not sure what to bet on? Check out all our Premier League predictions right here.