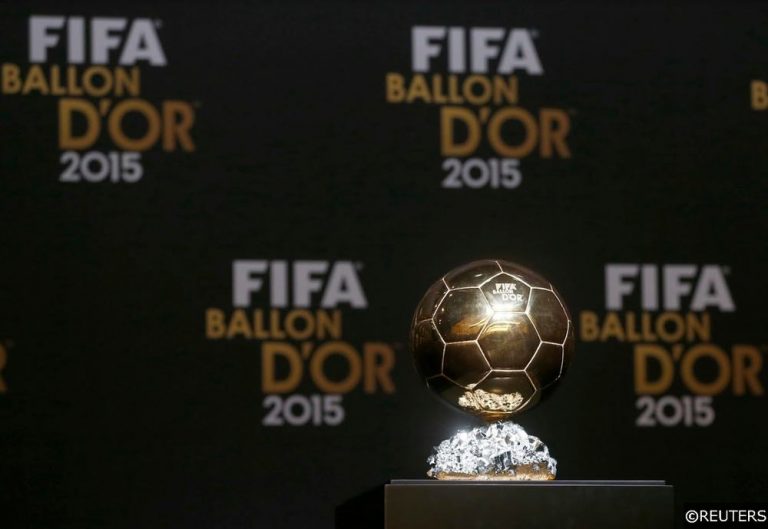 This week the Ballon d’Or is the focus and we’ve asked their experts where their votes would go for this year’s winner.

Lionel Messi can make it seven Ballon d’Ors by taking this year’s award. Messi has the goalscoring numbers, but it’s not just all about stats with the little magician. The Argentinian remains a glorious footballer at the age of 34, and although Barcelona didn’t have a vintage season, Messi starred when winning the Copa America with his national side.

Robert Lewandowski heads the challenge and he certainly boasts a phenomenal goalscoring record. Jorginho and Mohamed Salah are contenders too, but someone needs to explain to me what Mason Mount is doing on the list.

It would be great to back a player at odds against, but it looks extremely difficult to not back Lionel Messi to win his seventh Ballon d’Or award.

The Paris Saint-Germain ace might have had a turbulent end to last season as he left his beloved Barcelona, but he still enjoyed himself as he added to his ever-growing trophy collection.

Messi helped Barcelona win the Copa del Rey before leaving Camp Nou, and he also won the Copa America for the first time with Argentina. Those iconic images of him celebrating with his fellow countrymen will live long in the memory, and while it would be great to see Robert Lewandowski win the award, it looks like Messi will add to his incredible six individual honours.

Lionel Messi is odds-on to secure a seventh Ballon d’Or, but what more can Robert Lewandowski do to get his name on the accolade.

The prolific Pole broke the Bundesliga scoring record and has been the most consistent player on the planet for the last few seasons.

The Bayern Munich man netted a whopping 55 goals and provided 10 assists in 47 appearances across all competitions in the 2019-20 campaign and has already netted 20 times in 18 starts this term.

There has been talk for Jorginho but he is neither the best player in Chelsea or Italy’s side so I can’t have him winning the Ballon d’Or.

Messi is the favourite but in my opinion the Copa America success is overplayed and my vote goes to the goal machine that is Robert Lewandowski. He has been consistently winning trophies and breaking records and although there is some sympathy attached to the fact he may well have won it last year were it not for the pandmic, he has scored 20 goals in 18 appearances this season to show he is still the best in the business.

Messi runs him close but for me it’s time to give Robert Lewandowski a well-deserved Ballon d’Or. The Bayern Munich striker has been irrepressible over the last few years and has spent 2021 months surpassing a host of records previously held by the legendary Gerd Muller. Another goal on Saturday – his 17th of the season – took his tally to 53 in 2021 and with eight assists added on to that he is head and shoulders above the rest of the contenders when it comes to goal involvements.

Jorginho an outside contender

Lionel Messi is the overwhelming favourite and it is hard to look past his continued phenomenal goalscoring record, but ultimately, football should remain all about winning trophies and a Copa America title and Spanish Cup triumph are not enough for me to suggest the Argentinian should land a seventh Ballon d’Or crown.

Robert Lewandowski has genuine claims but despite his outstanding numbers for Bayern, a German domestic double is not much to shout about for the Munich machine.

Instead I’m swaying towards Chelsea midfielder Jorginho who was influential in guiding the Bridge boys to Champions League glory, while also helping Italy land the European Championship in the summer.

Jorginho may not rack up the stats like the goalscoring glory boys but at the end of his career he’ll have at least two top medals to show for his efforts and that’s far more impressive than numbers on a sheet for me.

I suspect ultimately this year’s award will go to Lionel Messi after helping Argentina win the Copa America but my vote would go to Chelsea’s Jorginho. His importance for both Chelsea and Italy cannot be ignored and without him the Blues probably wouldn’t have won the Champions League and the Azzurri almost certainly wouldn’t be the European champions.

He may not put up the kind of numbers in terms of goals and as assists as the attacking players on the shortlist do, but his style of play – boasting the ability to break down opponents as well as contributing going forward himself – is an evolution of the traditional ‘Il mediano’ role and for me that should be recognised.