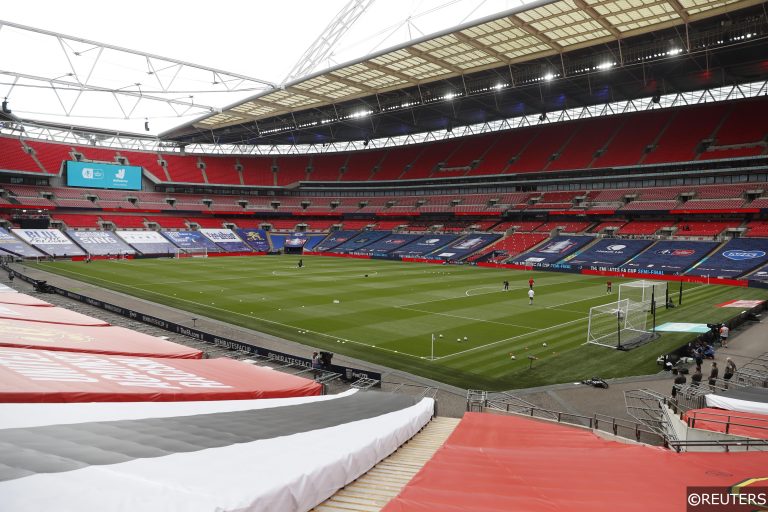 With the FA Cup taking centre stage this weekend as the Premier League teams enter the competition, we decided now was the perfect time to ask our experts who they think could go all the way and lift the trophy at the end of the campaign.

The FA Cup is historically a competition that provides plenty of upsets and it probably shouldn’t come as a huge surprise that this question has split the room.

Record winners Arsenal in the mix

Arsenal are joint-fifth favourites according to the bookmakers but I rate their chances much better than that after Mikel Arteta returned from the brink of sacking at the Emirates. The Gunners ended 2021 with a five-match winning streak and have found their form at the perfect time for another cup run. Their main competitors – apart from Spurs – are all involved in Europe and Arsenal have a stupendous track record in the FA Cup, winning it 14 times and hoisting the trophy in four of the last eight seasons.

Apart from Manchester United, who host Aston Villa, the big guns all have straightforward third-round ties but the FA Cup is unlikely to be a top priority for Manchester City, Chelsea and Liverpool.

Arsenal, who travel to Nottingham Forest, are an appealing price given their FA Cup pedigree and the fact that they are not involved in European competition this season and Mikel Arteta’s exciting young squad has already reached the EFL Cup semi-finals.

At a bigger price, Wolves catch the eye. They have shown that they can compete defensively with the best teams in the Premier League so they should be awkward opponents in a knockout competition and they kick off their campaign at home to Championship side Sheffield United.

Manchester duo and Spurs talked up

Roy Keane famously announced during a loud argument with Jamie Carragher in the Sky Sports studio about a month ago that Manchester United had become a “cup team”, and Keane will be expecting a strong FA Cup campaign from the Red Devils. Ralf Rangnick can field a top-class side capable of beating any team in this competition. Cristiano Ronaldo may not be able to sustain his form for 38 Premier League games, but the 36-year-old often still torments defences, and the Portuguese wizard can inspire the first trophy of his second spell at Old Trafford.

The scenes when Leicester finally got their hands on the FA Cup were some of the most memorable of last season, but I would expect this year we will be back to normal and one of the top boys will be celebrating success in this great competition. The pandemic has meant managers have had to negotiate a level of selection issues that they haven’t experienced and while there is a lot of prestige to be gained from winning the cup, the financial benefits are not huge so it would be no surprise if some teams sacked it off.

Many may struggle with resources even if they wanted to have a good go at it and, at this stage, we don’t really know who is going to be going all out for glory. I can see the argument for supporting teams who are not burdened by European competition, which should help both Tottenham and Arsenal, but I’m keeping it simple and going for Manchester City. They are the best team with the biggest resources, so are best able to cope with the schedule. I just wouldn’t bet against them.

Tottenham look a solid shout at around 12/1 now that they’re out of Europe and Antonio Conte will want to end the season, like he’s often done, with some sort of silverware.

The Italian has had a good impact on the previously under-performing Spurs players and, while finishing as high in the Premier League as possible is obviously the priority, a decent cup run will be expected too. They’ve already proved themselves in the League Cup, reaching the semis, and have a likeable home third-round tie in the FA Cup against League 1 Morecambe. A few more favourable draws could propel them a long way.

Of the rest, expect the usual suspects to be involved. Manchester City normally take the FA Cup seriously, while Arsenal have a fantastic recent record in the competition and seem to be improving all the time under Mikel Arteta.

Outside options to consider

Fixture congestion and team selection is likely to play an even bigger role in the FA Cup this term and for that reason I would be looking outside of those sides in European competition or those with European aspirations. Palace and Brighton are interesting at big prices, but I would side with Brentford. The Bees have plenty of cup pedigree, having reached the semi-finals and quarter-finals of the League Cup in the last two seasons and they should be able to focus on another strong knockout run.

Everton are having a poor season and their Premier League ambitions this term already look written off. However, in Rafa Benitez they have a manager who has a great cup record and he’s a tactician who can frustrate the league’s top bosses in a one-off game.
The Toffees have big names to return from injury and they have money to spend in January seemingly, so they are a great outsider in this season’s FA Cup. At 33/1 there’s a lot of value in the Toffees ahead of their Third Round clash with Championship side Hull.

The draw for the third round of the FA Cup has worked out well for the favourites, with Manchester United’s clash against Aston Villa the toughest of the lot. Winning the FA Cup would undoubtedly boost Ralf Rangnick’s cache and the Red Devils’ uncertainty in the league may prompt them to focus on the competition. The same could be said for holders Leicester, Tottenham and West Ham but fixture congestion might hamper their hopes and at the prices, Southampton could be worth a look. Ralph Hasenhuttl seems to be getting more of a tune out of his squad and after reaching last year’s semi-finals, another Wembley outing won’t intimidate them.

How does AFCON affect the Premier League?