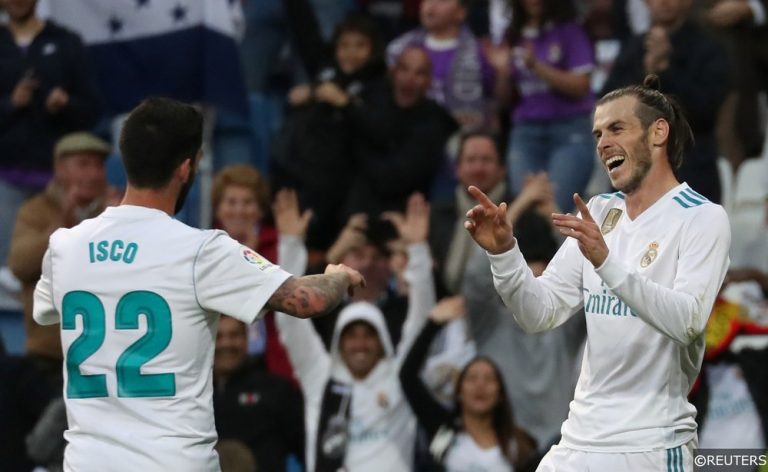 Santiago Solari is now 11 games in to his stint as Real Madrid boss. 9 wins on the board represents a significant improvement on the desperate final weeks of Julen Lopetegui but in truth the improved results paper over some very significant cracks. Back-to-back 1-0 wins over the division’s bottom two clubs over the past week have done little to restore belief that this Real Madrid side is truly on the right track again. Meanwhile the two games Solari has failed to win were both heavy 3-0 defeats against Eibar and CSKA Moscow, with Los Blancos looking a complete shadow of the side that won their third straight Champions League earlier in the year.

Behind the scenes rumours of a breakdown in trust between Solari and Isco won’t go away and seem to be verified by the limited playing opportunities the midfielder has been given since the change in coach. The Argentine boss has been reluctant to properly explain his continued overlooking of Isco, who has only really featured in games with little riding on them over the past couple of months. This week he will travel to the Middle East with his teammates as Real Madrid aim to defend the FIFA Club World Cup.

A Fringe Player in a Misfiring Team

AS: Isco telling the fans ‘what do you want?’ after missing a chance & the following whistles.

I guess this throws the ‘Bernabeu fans only favor Spanish players’ conspiracy out the window. pic.twitter.com/Ra58cIxRx9

All the conditions appeared to be in place for Isco to flourish this season and perhaps even step up to be one of the true stars of the European game. The exit of Cristiano Ronaldo, a player who Real were increasingly intent on building a team to serve, opened the door for a change in formation potentially allowing Isco to occupy more of his natural role. The arrival of Julen Lopetegui was also good news for the midfielder, who had previously worked closely with the new boss for both Spain’s U21 and senior sides. Many viewed him as the player best equipped to lead Real Madrid into the post-Ronaldo era, a Spanish talent heading into the peak years of his career and already an immensely popular figure at the Bernabeu.

However just four months into the season, Isco almost inexplicably finds himself in the position of being ostracised by his coach, booed by his supporters and perhaps even on his way out of the door. Quite how we got to this point takes some unravelling and even Isco may wonder just how things have got so bad in such a short space of time. It’s particularly baffling when you consider Isco was absent through injury as Real Madrid went through their worst run of the season, one which spelt the end for Julen Lopetegui. Many saw Isco’s absence as a major reason why Real endured a club record goalless streak of 409 minutes in La Liga.

Isco was back fit and played the full ninety minutes in Lopetegui’s final game, the 5-1 Clasico drubbing at Camp Nou. Since then though and even with the likes of Gareth Bale and Marco Asensio badly misfiring, Isco has found it almost impossible to get into the team under Solari. He failed to make the starting line-up in any of the Argentine’s first five games and was puzzlingly left out of the squad for a Champions League trip to Roma. He responded to accusations that he was unfit and overweight with a slightly bizarre shirtless instagram post and the latest drama saw him reportedly refuse to take on the captain’s armband after stand-in skipper Marcelo was substituted against CSKA Moscow last week.

That was a game in which Isco, once the darling of the Bernabeu crowd, was whistled by some supporters for slowing down a counter-attack in the Second Half. The 26 year old Andalusian responded angrily by shouting back at the crowd which only led to further boos as Real sank to their heaviest ever home European defeat. Relegated back to the bench on Saturday, Isco failed to make it onto the pitch despite Real Madrid lacking the creativity needed to break down a pretty poor Rayo Vallecano defence with any level of consistency.

Could Isco leave in January?

ICYMI | Juventus are set to make a move for Real Madrid’s Isco, according to reports ✍

If 2018 should teach us anything, it’s that a couple of months or so can be a very long time when it comes to Real Madrid. Isco seems to have done a pretty good job of burning his bridges with Santiago Solari but he is a player of considerable talent who would perk the interest of almost every major club in Europe should he become available. Should the situation deteriorate further, it’s not beyond the realm of possibility that Isco could depart the Bernabeu in January but it’s relatively rare that such a major deal goes through halfway through a season.

From Isco’s point of view, there may be some temptation to bide his time and either wait for Solari to give him a run in this side or even wait for Solari to be sacked. While the Argentine is on a three and a half year contract, there is still a sense that this probably won’t end up being a long-term appointment and some of the recent performances have been so poor that doubts will already be creeping into the minds of those in the Real Madrid hierarchy. Solari after all is now just 3 games shy of the 14 games that Lopetegui was given before the axe was wielded.

The problem with that approach is that Isco is already somebody who has played the waiting game at Real Madrid. He was forced to wait patiently for a chance under both Carlo Ancelotti and Zinedine Zidane before he finally started to become a fixture in the side under the Frenchman. Part of the problem for Isco at the Bernabeu has always been that Real Madrid’s formation has rarely included a number 10 and that has led to Isco playing out wide or in a deeper midfield role, neither of which are his natural position.

One thing that may play in his favour is that he is almost the poster boy for Real Madrid’s policy of snapping up the best young Spanish talent. The club’s hierarchy are keen for the side to have a core group of Spanish players which means Solari is playing a risky game if he continues to exclude him from the team particularly when the players getting game-time ahead of him are hardly pulling up any trees. Certainly at boardroom level, there is unlikely to be any desire to sell Isco in January although a mega-money bid from a Premier League club or perhaps even Barcelona would force them to consider their options. It could certainly result in a handy cash injection that could potentially help fund a summer move for Neymar, who remains Florentino Perez’s number one transfer target.

🛫🇦🇪 We’re all set for our journey to the Club World Cup on the special @realmadrid @emirates A380! #RMCWC pic.twitter.com/8GhcwVvCPQ

While the Isco saga may continue to rumble on, Real Madrid head to the UAE this week as the overwhelming favourites to win the FIFA Club World Cup. It’s becoming an annual trip at this time of year with Real having being crowned European champions in each of the last three seasons. In truth though it’s a week in which Los Blancos have more to lose than gain as they take on sides from other parts of the world with inferior players and resources. Were they to return to the Spanish capital without the trophy, it would be a fresh low in a difficult and challenging season.

Real Madrid’s path to another global crown starts on Wednesday when they take on Kashima Antlers of Japan. Should they win that they would progress to the Final and potentially face River Plate, who won the Copa Libertadores at the Bernabeu only last weekend. Victory would at least deliver Solari his first piece of silverware as Real Madrid boss and would ensure they end the year on a positive note but there are many outstanding issues that need to be resolved if this season is to turn into a successful one.