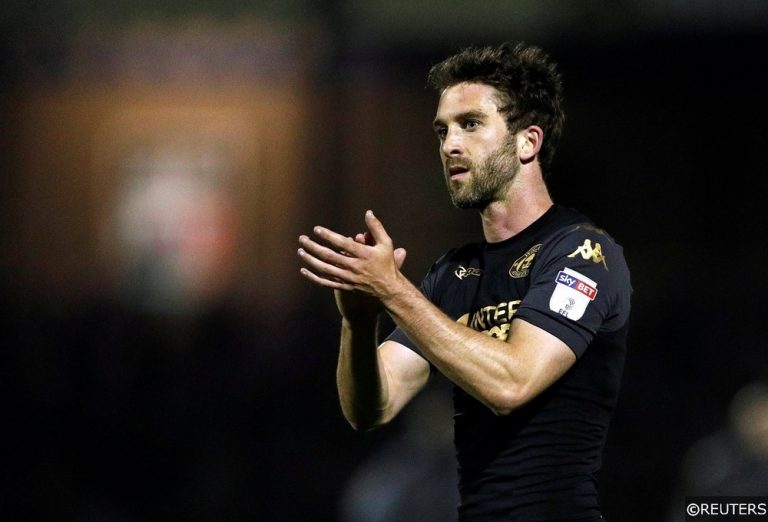 It may have been a relatively quiet day in terms of transfers in the Premier League, or at least there wasn’t too much high-profile business done, though that wasn’t the case in England’s third tier. Fax machines up and down the country went into overdrive during the final few hours of the January transfer window. Below we highlight some of the best deals done by clubs in the third division

Portsmouth’s form has started to wane recently, which has perhaps led boss Kenny Jackett to decide that a goal-getter is what the promotion hopefuls need, and a goal-getter is exactly what they’ve got. Many people will remember James Vaughan as something of a bit-part Premier League striker, though fans of League One know the forward as a prolific scorer. The Veteran has been out injured for some time, but he simply could not stop scoring when netting 24 goals in 36 appearances for Bury during the 16/17 campaign.

Pompey haven’t been overly starved of goals this season, but with Brett Pitman only playing an in-and-out role, they have lacked the presence of a real goal poacher. Jamal Lowe and Ronan Curtis have done very well in the forward areas, but both are better as supporting strikers/forward, so the addition of a typical off-the-shoulder hitman is certainly positive.

Portsmouth also added to their attacking options on deadline day by bringing in tricky winger Viv Soloman-Otabor, who previously did well for Blackpool at this level, on loan from Championship side Birmingham. 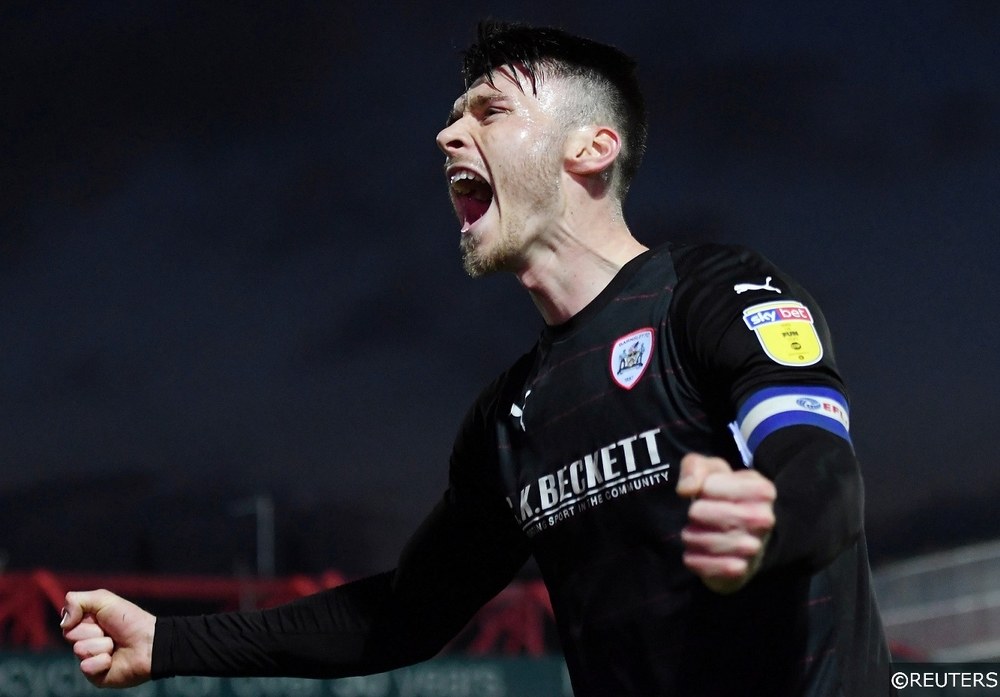 Barnsley had a much quieter window than several of their rivals in League One, though they probably did one of the best bits of business on deadline day by keeping hold of Kieffer Moore, who had been attracting plenty of attention, both from Championship and League One clubs. The striker, who stands at just over six feet and four inches, has been a thorn in the side of third-tier defences all season long and if Barnsley are to get promoted, then it will be in no small part down to their chief goal-scorer.

Ross brings goal-machine back to League One

It was reported several times during the window, that Sunderland were after Barnsley’s Kieffer Moore to replace the outgoing Josh Maja, who recently swapped Wearside for Bordeaux. The Black Cats were unable to strike a deal for Moore, who currently has 15 League One goals to his name, though manager Jack Ross did get his hands on someone who is no stranger to finding the net at this level.

During the 15/16 campaign, League One came into the focus of a wider footballing audience thanks to a song about Wigan striker Will Grigg, who was famously ‘on fire’. Following that campaign, which saw the forward earn a place in the Northern Ireland, Grigg struggled to get going in the Championship, though he was once again prolific in League One last season. Jack Ross will be hoping that the 27-year-old goal-getter continues to cause havoc for third division defenders and keepers alike.

The Sunderland boss dipped his feet into the deadline-day waters further by loaning Kazaiah Sterling from Tottenham, while he turned to the Scottish Premiership to bring in Celtic winger Lewis Morgan.

Hatters add an experienced head at the back

While most of the League One big boys went for attacking options late in the window, Luton opted to bring in an experienced defensive presence by signing 33-year-old centre-back Alex Baptiste, who has previously been involved in League One play-off campaigns, from Championship side QPR. 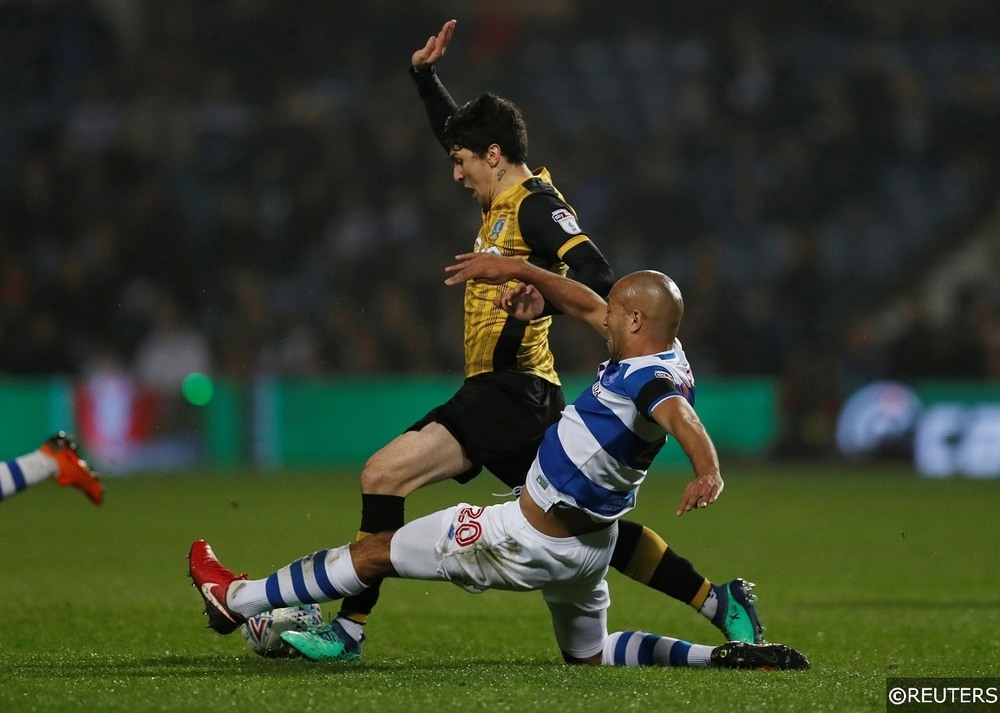 The League One leaders also brought in Scottish forward Jason Cummings, who scored six goals when on loan at this level with Peterborough earlier in the campaign.

Gillingham have had plenty of defensive problems this season, but manager Steve Lovell chose to focus on adding attacking options as the transfer window approached its eleventh hour. Ricky Holmes, who is no stranger to scoring eye-catching goals at this level, has joined on loan from Sheffield United and will add both creativity and the ability to score from range, while tricky winger Leonardo da Silva Lopes, who caused defences plenty of problems when previously at this level, has signed on loan from Wigan. The Gills have also loaned Preston forward Graham Burke and Forest Green striker Tahvon Campbell, so it’s clear that Lovell still intends on attacking at all costs.

The above signings should help Gillingham to, at very least, create more chances and score more goals, though the best bit of business done at Priestfield during the winter window was probably keeping hold of their leading scorer Tom Eaves. The club reportedly rebuffed numerous offers for the target man, who should only thrive with the likes of Holmes and da Silva Lopes providing the service.

Elsewhere, Rochdale were in involved in the deadline-day mix as they sealed a loan deal for Nottingham Forest forward Zach Clough. The relative of footballing legend Brian Clough and current League One manager Nigel Clough looked a very good player when previously at this level with Bolton.

Shrewsbury re-signed Stefan Payne, who was an integral part of their top-six finish last season, while they also loaned in young Stoke forward Tyrese Campbell.

Burton Albion didn’t go without striking a deal on the final day of the window, as they loaned in West Brom midfielder Alex Bradley, while Blackpool targeted Merseyside by bringing in Matty Virtue on loan from Liverpool and Antony Evans from Everton.