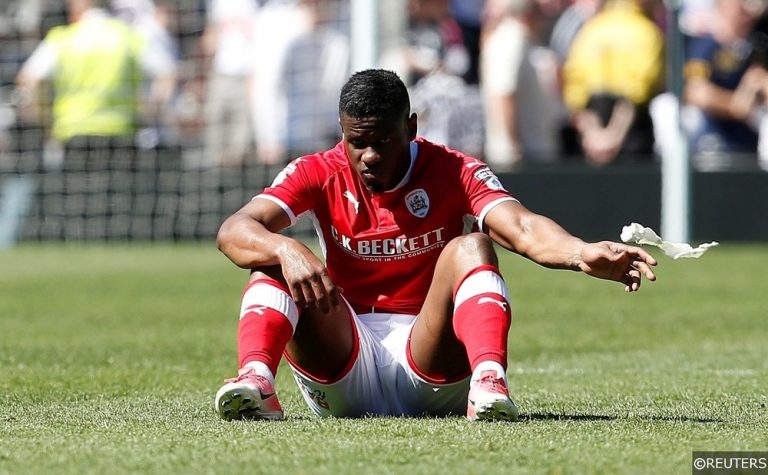 Much of the pre-season talk was about Sunderland and how the Black Cats would bounce straight back to the Championship in impressive style, much like Wigan did last season. At the start of the campaign, Sunderland were installed as big favourites to earn promotion as champions of League One, though it is another of the relegated teams that has caught the eye most during the early weeks.

Read More: SkyBet League Two: What can we expect from matchday five?

It remains very early days and things can of course change quickly in football, especially in the topsy-turvy world of the Football League, though the early signs suggest that Barnsley are well on their way to enjoying a very successful campaign. They may not have the reached the summit of England’s third tier just yet, but they’re unbeaten and have made light work of accumulating a very respectable ten points from four matches. Manager Daniel Stendel has lots of quality at his disposal, while he also has a variety of options in a variety of areas.

If we look at the stats, the notion that the Tykes are going to do very well is supported nicely. Barnsley currently lead the way based on a variety of different metrics, and what’s more, they’re seemingly doing so without really getting out of second gear.

What the numbers say

*Expected goals has been a hot topic both in terms of football betting and just football in general over the past year or so, and for anyone who is still not sure exactly what expected goals are, here’s a simple explanation. Expected goals is a metric that tells us how likely a shot is to hit the net, so when we see something like “Southend had an expected goals total  of 2.3 against Peterborough” we know that Southend should’ve have scored 2.3 goals based on the quality and volume of their shots during the game.

As mentioned above, it is still early days, but compared to Sunderland, who remain the favourites for the title, Barnsley are some way ahead. Sunderland rank considerably lower than Barnsley in each of the above categories. If the data is anything to go by, then it’s hard to say that Barnsley don’t deserve to be favourites to go up as champions, though there is of course an awful lot of football left to be played this season. One thing that is for sure, is that if Barnsley maintain the above levels, then they’re going to be bang there in terms of getting promoted.