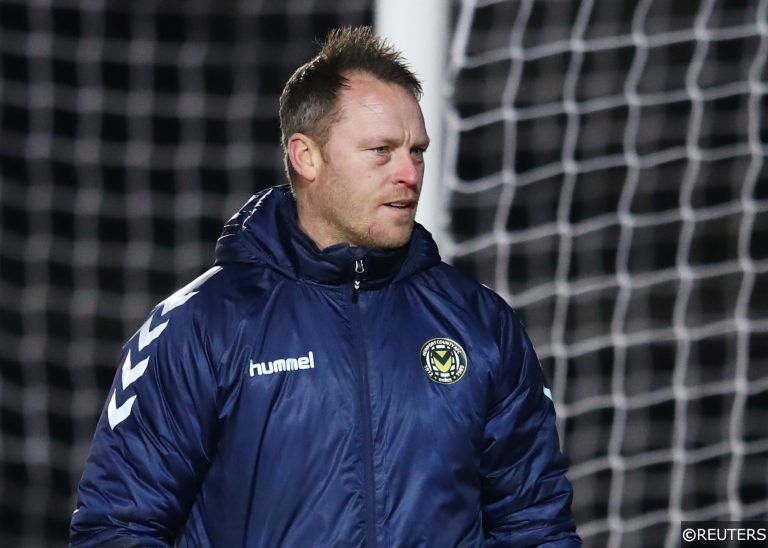 Below them, a quartet of clubs – who all had designs on a top three finish over the course of the season – were lodged into the league’s play-off positions, offering each team one last shot at glory and League One status.

Morecambe, Newport County, Forest Green and Tranmere Rovers complete the contingent of promotion-chasing sides, and with little to separate the teams in terms of quality, the League Two Play-Offs are shaping up to be a captivating watch.

The Sky Bet League Two Play-Offs will commence on Tuesday, May 18 and will conclude with the final on Monday, May 31. All five fixtures will be screened live on Sky Sports Football.

Newport and Forest Green finished the regular League Two campaign with identical win, draw and loss numbers (20-13-13), but while those stats suggest the teams should be evenly matched, an injured player’s absence could hand Newport the edge.

Forest Green took four points from two meetings with Newport earlier in the campaign, though top-scorer Jamille Matt – who notched in both encounters – is in the treatment room, and his team look far less threatening without him leading the line.

With Jamille Matt – who joined from Newport last summer – sidelined and Forest Green in a state of flux following the April sacking of manager Mark Cooper, Newport will fancy their chances of making the Wembley final at their opponent’s expense.

Verdict: Newport County to qualify for the final at 1/1

Morecambe and Tranmere claimed an away win each when the teams faced off earlier in the campaign, and there could be little to choose between them again in the Play-Off semi-finals.

The Shrimps missed out on automatic promotion by just a single point despite roaring over the line with five wins from six, though their goal-scoring exploits during their run in makes them our favourites to blitz Tranmere.

Rovers lost their goal-getting touch in the final weeks of the season and they bagged one or fewer goals in each of their last nine matches, failing to score in five of the same assignments.

Verdict: Morecambe to qualify for the final at 3/4

With just one defeat in their final nine games of the campaign, Newport carry plenty of momentum into the League Two playoffs and if County do end up meeting Morecambe at Wembley Stadium, then recent history suggests they have the tools to prevail.

Newport completed the double over Morecambe in March with a superb 3-1 triumph at the Shrimps’ stomping ground, the Mazuma Stadium, having bested them 2-1 in Wales three months before that.

In addition, Newport’s record against League Two’s better teams this season has been excellent, and they have taken more points against sides from the top seven than any anyone else.