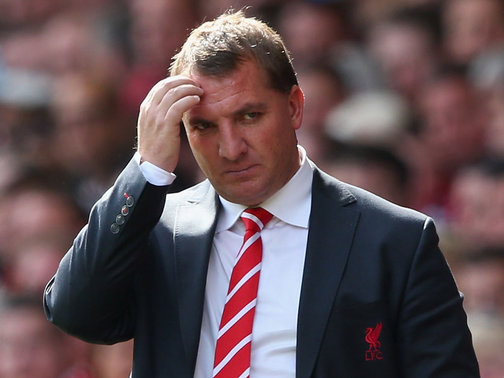 Liverpool are struggling and are planning a triple swoop in the January transfer window. Anyone that has followed the Premier League this season will know that. The departure of Luis Suarez to Barcelona this summer has left a giant hole in the front line of Liverpool. The Kop faithful were hoping that Sturridge would step in to fill the void, but he’s had injury troubles all season.

This coupled with the fact that they have failed to build on their defensive vulnerabilities that were highlighted last season has left them languishing in 12th place in the Premier League. After challenging for the title last season, this is a far cry from what Liverpool fans expected.

Brendan Rodgers is hoping to solve some of his problems in just over a month’s time, when the January transfer window opens. The Liverpool boss plans to spend up to £50 million in the mid-season window in order to get his side back on track.

Out of favour goalkeeper Petr Cech is first on the list, as Mignolet has failed to impress since arriving at Anfield. He is expected to cost in the region of £7 million. However, reports from the Czech goalkeeper’s camp have stated that he is happy to remain at Chelsea until the summer so he can get his choice of clubs.

To attempt to solve their crisis in the goalscoring department, Porto striker Jackson Martinez is targeted, and is expected to cost up to £30 million. The 28 year old Colombian is a fine goalsorer, and has netted 72 times since joining Porto in 2012.

Brendan Rodgers is hoping that England Under 21 starlet Nathan Redmond will be providing for their new striker. The Norwich winger is expected to cost around £10 million.

Would these three signings get Liverpool back on track in the league? Or are they still failing to address the real problem, which is a huge hole in the back line that hasn’t been closed up by Dejan Lovren’s arrival?