In what is undoubtedly the standout fixture from this weekend’s Premier League schedule, Manchester City face Tottenham Hotspur at the Etihad Stadium in the Saturday evening kick-off.

The fixture immediately evokes memories of the quartet of compelling games the clubs contested last season, and in particular the trio of domestic and continental tussles between City and Spurs played inside the space of 11 days in April.

The Citizens did the double over Tottenham in the Premier League in 2018/19 on their way to successfully defending their title, though Mauricio Pochettino got the better of Pep Guardiola in Europe, defying the odds to knock City out of the Champions League at the Quarter Final stage.

When Manchester City meet Tottenham, anything can happen, and that in turn opens up a massive range of betting options and markets to investigate.

At bet365, you can make the most of that wide range of options by customising and creating a unique bet for the game by using their Bet Builder.

You can read about bet365’s Bet Builder in more detail here.

We’ve picked out a range of selections from Manchester City’s clash with Tottenham on Saturday, that we think are well worth considering for your Bet Builder this week. Check them out below.

Already walking on air, Sterling’s confidence will be further boosted this week by his exceptional individual recent record in games against Tottenham.

Sterling has been directly involved in 6 goals in his last 6 games for Man City against Spurs in all competitions (5 goals, 1 assist), including netting 4 in his last 3 against them at the Etihad.

With Sterling in such searingly hot form, we think he looks great value in the anytime goalscorer market. That’s why we’ve also tipped Raheem Sterling rattle the net in our extensive Manchester City vs Tottenham Hotspur match preview. 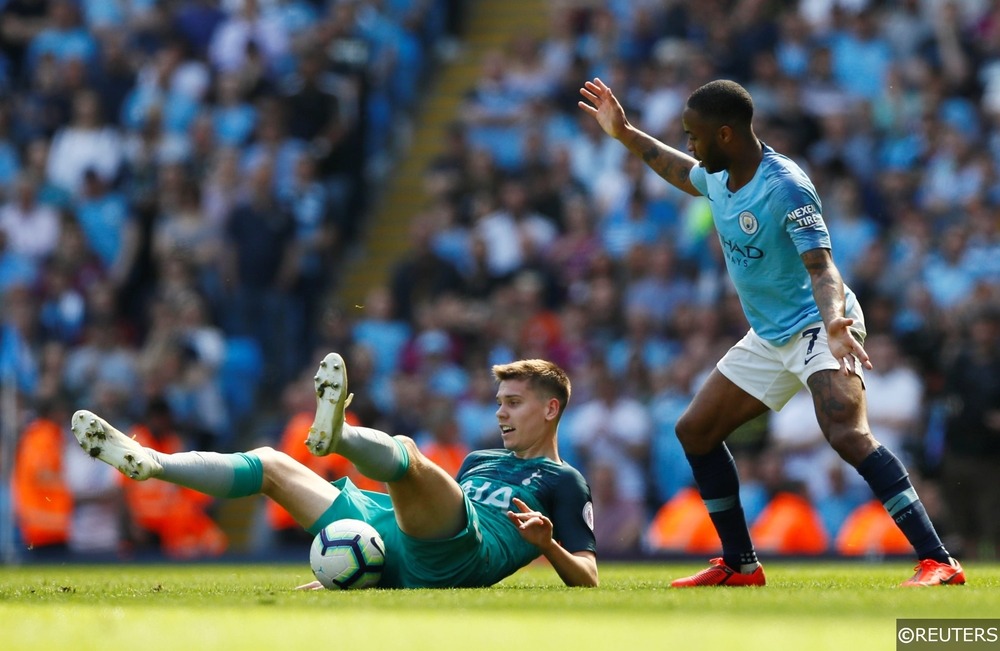 Aymeric Laporte to get booked

Cultured City centre-half Aymeric Laporte isn’t usually one to get ruffled, though there is something about facing Tottenham that brings out the defender’s nastier side.

Laporte was booked just 4 times in total for City in 20181/9, though half of those cautions were picked up in fixtures against Spurs.

The 25-year old was carded in City’s 1-0 win at Spurs in October last year, and the Frenchman also picked up a yellow card in the Citizen’s 0-1 reverse away to Tottenham in the Champions League Quarter Final first leg.

Laporte is certain to be in the thick of the action again this weekend, making him well worth considering in the individual card market for Saturday’s game.

Over 3 goals in the match for both teams combined

Manchester City’s last meeting with Tottenham Hotspur at the Etihad Stadium was heavily choked by the tension of a title race, and the final 1-0 scoreline was completely out of keeping with the much more exciting patterns woven by the sides in previous meetings at that venue.

City’s 4-3 triumph over Spurs at the same stadium just 3 days earlier was much more pertinent example of how thrilling games between the teams have been in recent years.

Incredibly, 8 of the last 9 meetings between the sides at the Etihad saw over 2.5 goal scored – in fact those 10 fixtures averaged a whopping 4.33 goals per 90 minutes.

City and Spurs’ opening Premier League fixtures of the season last weekend returned a combined 9 goals, and we think their encounter on Saturday has all the makings of another goal-fest.

There are plenty of other fixtures dripping with goal scoring potential this weekend. Check out our over 2.5 goals betting tips and guide to read our experts picks! 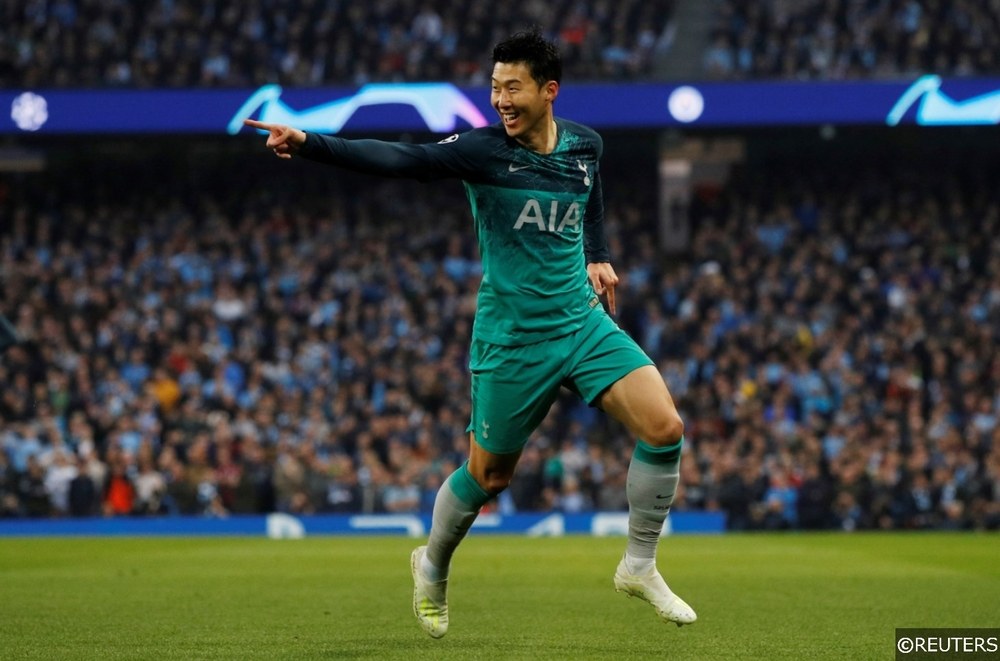 Under 10 corners in the match for both teams combined

In the 4 meetings between Manchester City and Tottenham in all competitions last season, the corner count remained consistently modest.

An average of 7.5 corners were awarded per contest, with 9 being the highest number won in an individual match (Spurs vs City, Oct ’18).

Man City conceded just 2.16 corners per Premier League fixture on average in 2018/19 – the lowest figure in the entire division for the season, while Spurs’ equivalent figure stands at 4.92.

Searching out and trying to score from corner kicks is not an avenue of attack readily explored by either team, so we should expect another relatively low final corner count on Saturday.

Man City are priced as short as 1/3 with bet365 to beat Tottenham in the individual full time result market, which as a standalone bet offers little value.

However, adding a Man City win to your Bet Builder selection is a great way to boost the overall odds of your customised, multi-part bet.

City have won their last 4 Premier League meetings with Spurs, and in terms of their overall form, their results have been mind-blowing.

On Saturday, Pep Guardiola’s relentless charges will be aiming to win their 16 Premier League fixture in a row. Since the turn of the year, City have won 18 of their 19 league matches overall, and after their annihilation of West Ham last weekend, they look primed to extend that amazing run at Spurs’ expense.

See which other Premier League teams we’ve tipped to win this weekend in our match preview section.

Our selections above are only a snapshot of the options available with bet365’s Bet Builder for Saturday’s heavyweight Premier League battle between Manchester City and Tottenham.

Adding our 5 individual selections to your customised Bet Builder slip returns a massive 40/1 odds for this weekend’s match-up.

You can also get 9/4 odds by combining over 3 goals, Raheem Sterling to score anytime and Man City to win into one bet with Bet Builder, while sticking to our corners/cards picks (under 10 corners and Laporte booked) could land you a possible 9/1 double!

Click the banner below to view bet365’s Bet Builder section and all your available options for Manchester City’s skirmish with Tottenham now!