Mayweather vs McGregor: The Most Audacious Fight in Sports History 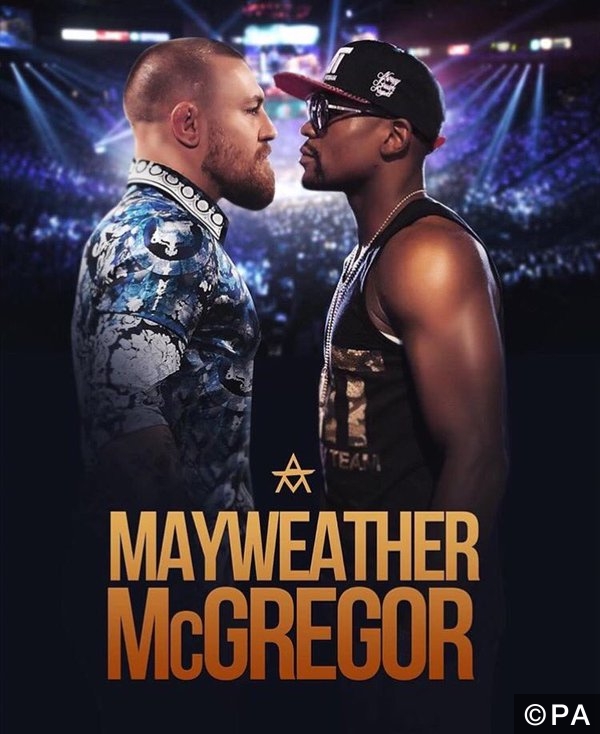 The most audacious fight in boxing looks to be on after Floyd Mayweather confirmed that the matchup between himself and UFC star Conor McGregor “absolutely will happen” over the weekend on Showtime Boxing, before McGregor went on to kick off the trash-talking proceedings by claiming to “run boxing” on Twitter.

The story behind Mayweather vs McGregor

Despite the shock of the retired pound for pound king of boxing coming back to take on the face of mixed martial arts, this is not something that has come out of the blue. In fact, a dust up of some sorts between Mayweather and the UFC has been brewing for some time.

Mayweather and UFC head honcho Dana White have history stretching as far back as 1996, when a young Mayweather was just starting his career and, according to the undefeated champ, Dana White was working for his team.

“I can remember, I think you can go back to the beginning, to day one of my career, my first fight. My uncle Jeff Mayweather and I, that’s when Dana White used to work for us. He used to be with us. When nobody else knew who Dana White was, when he was a little square white guy, before he cut all his hair off and became a ‘tough guy’ in the MMA,” claimed Mayweather ahead of his final fight in September 2015.

Fast-forward to today and both men sit atop multi-million dollar businesses and have often clashed on who reigns supreme in the world of combat sports. This came to a head last year, when Ronda Rousey was dominating the UFC and claims by White that she could beat Mayweather started to gain a lot of traction.

It went as far as shots being fired when Mayweather answered questions on Rousey, the No1 female star in combat sports at the time, by claiming “I don’t know who HE is”. Rousey would hit back after winning Best Fighter at the ESPYs by taking aim at Floyd’s domestic abuse charges.

Rousey would lose her very next fight to Holy Holm, a former boxing champion, putting to bed all the talk of how she would fair against Mayweather. Meanwhile, the UFC had found a new face to lead the sport: the flashy, trash-talking, unapologetic Irishman Conor McGregor. And it was now Mayweather’s turn to feel slighted.

Having seen McGregor rise to become the newest media darling on the block and fan favourite from doing basically what Mayweather himself had done his whole career and been hated for, the self-proclaimed Best Ever put it down to racism in the sport.

“I don’t really know the McGregor guy; never seen him fight,” Mayweather said. “I heard his name actually from one of the runners that works for our company… They say he talk a lot of trash and people praise him for it, but when I did it, they say I’m cocky and arrogant. So biased! All I’m saying is this, I ain’t racist at all, but I’m telling you racism still exists.”

A claim McGregor was quick to refute in a long social media post in which he also calls out Mayweather to accept 20% of any purse split to face him.

1. Rolling Stone, thank you for putting me as one of your top 25 sex symbols of 2015! My Mother will be delighted and proud! 2. ESPN, FOX, BT Sports, MMA Fighting, Yahoo, MMA Junkie and Sherdog thank you all for awarding me fighter of the year 2015! I appreciate all the hardworking media and their love and commitment to the sport is truly valued. 3. Fighters Only MMA Awards, thank you for the nominations for Fighter of the Year, KO of the Year, International Fighter of the year. I will be in Las Vegas to attend the event and collect all my awards. 4. Floyd Mayweather, don't ever bring race into my success again. I am an Irishman. My people have been oppressed our entire existence. And still very much are. I understand the feeling of prejudice. It is a feeling that is deep in my blood. In my family's long history of warfare there was a time where just having the name 'McGregor' was punishable by death. Do not ever put me in a bracket like this again. If you want we can organise a fight no problem. I will give you a fair 80/20 split purse in my favour seen as your last fight bombed at every area of revenue. At 27 years of age I now hold the key to this game. The game answers to me now. 5. Media instigators/An Garda Siochana. I apologise for having the air-soft in public. I was simply rehearsing for a potential upcoming film role. I understand that the more traffic a story can get the more revenue it generates. So I understand and respect that the media must create these stories and these situations even if at times it is at other people's expense. We've all got to eat. And I eat well. So I will not complain. 6. My next fight. What can I say, it's just another night of easy work for me. I don't just own the game. I run it too.

Like Rousey before him, McGregor would go on to lose his very next fight. But he once again showed his hand skills, beating the bigger man to the punch for much of the fight until he run out of steam and got submitted on the ground. Now with Mayweather set to return for a 50th fight only if he can be guaranteed a 9-figure payday, the biggest money-maker in the UFC seems to be leading the pack to face him.

Legendary trainer, and the man in Manny Pacquiao’s corner, Freddie Roach has already been sort out to train McGregor. All that’s left to do is to call Dana White, as the UFC boss was quick to point out when asked about the magical match up on The Dan Patrick Show: “[McGregor] is under contract with the UFC. Listen, if Floyd wants to fight Conor, call me Floyd.”

"If Floyd @FloydMayweather wants to fight @TheNotoriousMMA….call me Floyd." –@danawhite on a Mayweather/McGregor fight. @dpshow