FIFA 19 game is missing some of the most iconic players of all time, including Zinedine Zidane, David Beckham and Franz Beckenbauer.

Every year, the EA franchise features a number of FUT Icons who can participate in Ultimate Team – enabling gamers to build their all-time dream team.

However, while the newest game sees icons such as Johan Cruyff, Rivaldo and Steven Gerrard join existing legends such as Pele and Maradona, there are some glaring emissions.

Three-time FIFA World Player of the year Zinedine Zidane is once again absent, as well as cultural icon David Beckham, recently retired idols such as Francesco Totti and Philip Lahm, and Brazilian superstars Romario and Cafu.

And while the game includes old school legends such as Bobby Moore and Lev Yashin, other legendary players have also been omitted, including Franz Beckenbauer, Alfredo Di Stefano and Ferenc Puskas – all of whom are frequently near the top of all-time great lists.

There are so many omissions that FreeSuperTips has put together not one but TWO team line-ups of missing players – one containing classic players from decades past and another with more a modern line-up of recently retired stars.

The line-up includes bespoke FIFA Icon cards for each player to imagine what they would have looked like in the game – and may do if they are eventually included in FIFA 20.

Do you agree with the list below? And which past masters would you like to see in the next FIFA game? 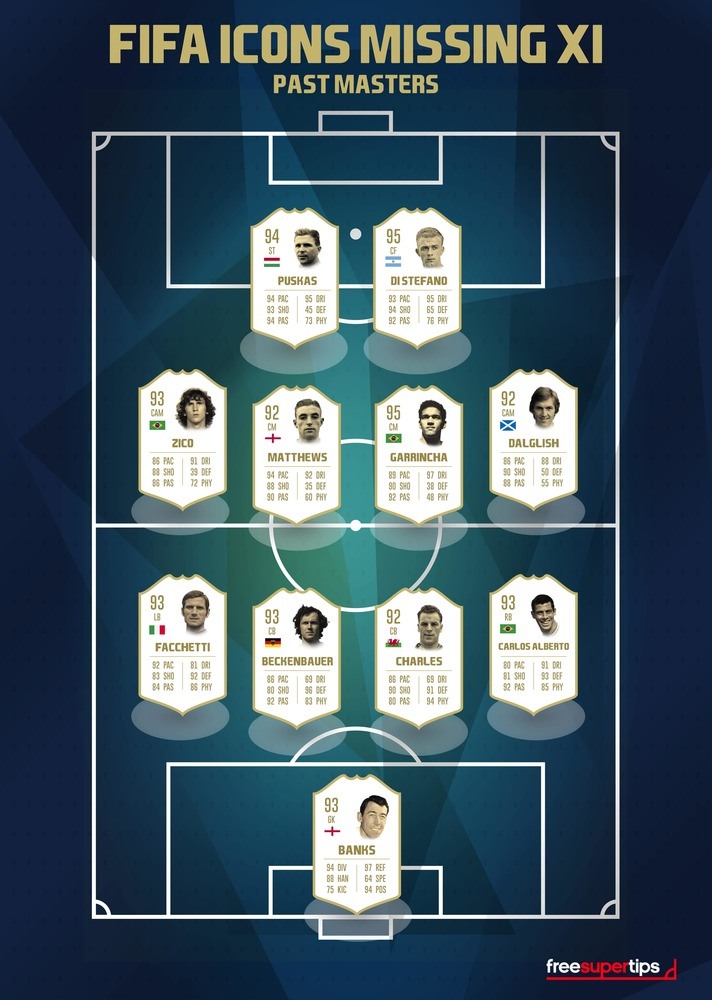 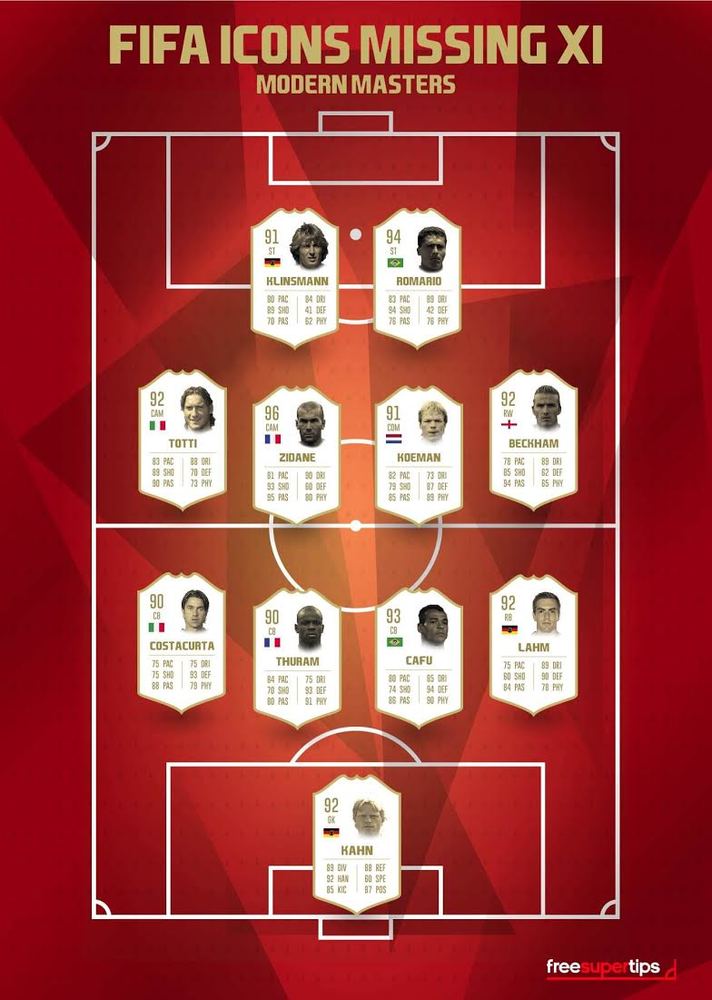