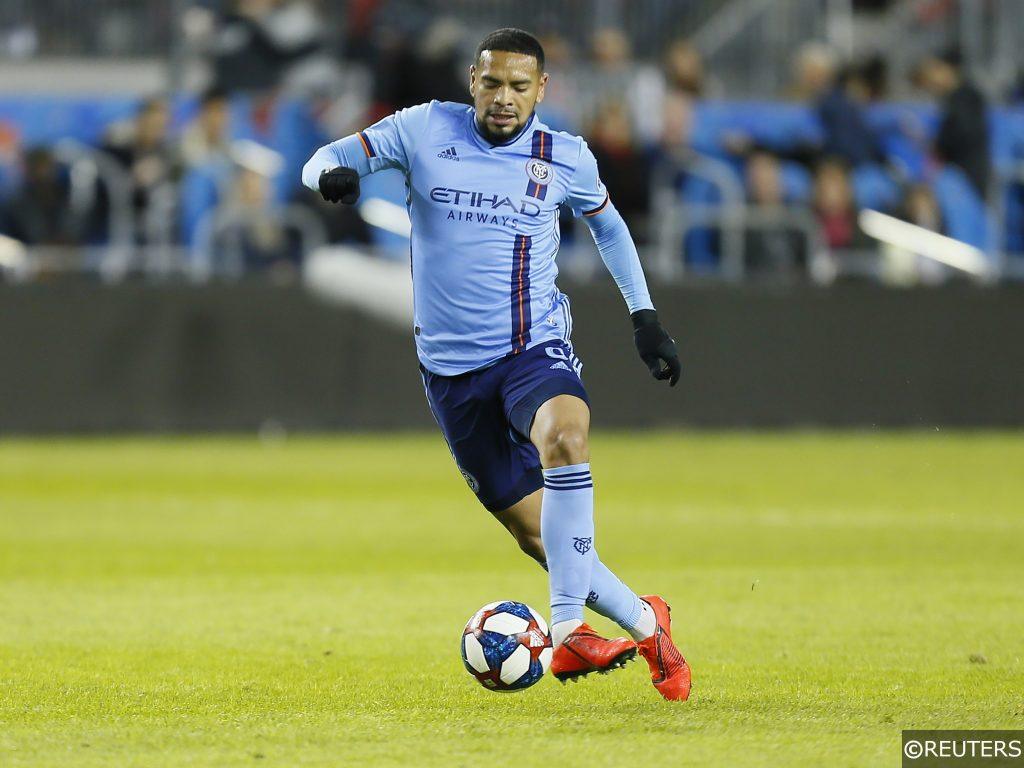 It’s that time of the year again when the top fourteen teams in the USA battle it out to see who will be crowned the MLS Cup champions. This year the playoffs look much more competitive and under a new format, we’re expecting an exciting end to the 2019 MLS season. All rounds will use single-elimination matches which will be hosted by the higher seed and no rounds will be reseeded like they have been in previous campaigns.

LAFC claimed the Supporters’ Shield after finishing top of both Conferences combined after they earned an impressive 72pts from their 34 matches and have been given a bye into the Semi-finals and will be joined there by New York City who claimed the top spot in the Eastern Conference, 8pts clear of nearest rivals Atlanta United.

New England, Dallas, New York RB, Portland Timbers, and LA Galaxy all limped over the line to qualify for the playoffs and aren’t being considered amongst the favourites to claim the MLS Cup in 2019 with most bookmakers but in a one-match elimination situation such as this, anyone can win on the day and that’s what makes this competition so exciting.

You can keep up to date with all the MLS Cup 2019 action on our Match Previews section.

LAFC have enjoyed a fantastic second season in the MLS and are rightly being touted as the favourites to claim the MLS Cup this year but their end of season form is somewhat of a concern. The Western Conference winners only lost one of their last nine games of the campaign but drew five of those matches and there are concerns that this dip in form could cost them dearly in the playoffs.

However, the Californian club only lost four matches in the entire season, two fewer than New York City, and talisman Carlos Vela claimed the top goalscorer award with 34 league goals. LAFC could face local rivals LA Galaxy in the Semi-finals if they beat Minnesota United away and this would be a concern for the favourites as they haven’t beaten LA Galaxy in any of the pairs five previous encounters.

New York City finished top of the Eastern Conference with just six defeats during the entire campaign and only LAFC and Real Salt Lake conceded fewer goals than them during 2019. Like LAFC, New York City were awarded a much-deserved bye into the Semi-finals where they will face the winners of the match between Toronto and DC United.

City head into the playoffs in good form having won six of their last nine matches and only losing once away at New England, so confidence is bound to be high as they look to progress through to the Final for the first time in their history. There are concerns over City’s firepower as Brazilian Heber ended the regular season as the clubs top scorer with 15 MLS goals but their excellent defensive record and ability to grind out results is just why we believe New York City will go all the way and claim their first MLS Cup.

Atlanta United had a slow start to life under Frank de Boer but the former Inter Milan and Crystal Palace boss turned things around to lead the MLS Cup holders to a second-place finish in the Eastern Conference, despite losing twelve games. The reward for finishing second, a home tie against a New England side that Atlanta United have never lost against in six previous meetings and have beaten in their last three encounters, including the 3-1 final game of this season victory.

Only LA Galaxy drew fewer matches than Atlanta United this season and some might view that as a positive thing heading into a one-off elimination event such as the playoffs wear winning means everything. Josef Martinez couldn’t emulate his terrific goalscoring exploits of last season but still managed to finish third behind Vela and Ibrahimovic won 27 goals and with him in the side, Atlanta United will always pose a threat going forward.

Only three teams conceded fewer goals than Atlanta United in 2019 but de Boer’s side only managed to keep two clean sheets in their last nine matches and lost three of their last seven games, which is why we’re not convinced they will reclaim their title this year but the fact they have been there and done it before will give them an advantage.

The 2016 MLS Cup winners, Seattle Sounders, finished the season strongly to claim second spot in the Western Conference table but with a goal difference of just +3, it’s arguable that they might not be able to compete with LAFC, New York City and Atlanta United.

However, Schmetzer’s men kept three clean sheets in their last four games of the regular season and will be confident that, with the home advantage, they can beat Dallas and qualify for the Semi-finals. Rudiaz and Morris scored a combined 22 MLS goals for Seattle Sounders this season and on their day can cause trouble for any MLS defence.

Toronto claimed the MLS Cup in 2017 but had a disastrous following season in which they finished 19th overall, but 2019 saw the Canadians bounce back. Toronto rely heavily on the goals of Altidore who has tended to be prone to injuries in recent seasons, yet scored 11 league goals in 22 appearances for the Canadians in 2019 and is fit and ready to feature at home to DC United on Saturday.

Toronto only lost two of their last nine matches but drew four times during that period and beat the likes of Cincinnati, Colorado Rapids and Columbus Crew on their way to securing a fourth spot in the Eastern Conference. Greg Vanney’s men scored 57 goals this season and only six other teams ended the campaign with a higher total but their defensive record is the third worst out of all the teams that qualified for the playoffs which is why they are ranked as outsiders to claim the title this year.

Real Salt Lakes’ reward for finishing third in the Western Conference is a home tie against a Portland Timbers side they have lost to on each of the last five occasions, but with back to back wins in their final two games of the regular season and the second strongest defensive record in the MLS this year, they will be confident of progressing through to the Semi-finals.

What Real Salt Lake lacks in a natural goalscorer they make up for in goals throughout their side, with Rusnak scoring 10, Johnson netting 9, and Savarino scoring 8 times in the MLS this season. Real Salt Lake kept three clean sheets in their last six games of the season and this is why they could go all the way and win the MLS Cup. Only the favourites LAFC conceded fewer goals than Real in 2019 earning them a third-place finish in the Western Conference and if they can maintain that defensive solidity for a couple more games then they could find themselves in the Final.

You can find more betting tips and analysis on our football predictions page.