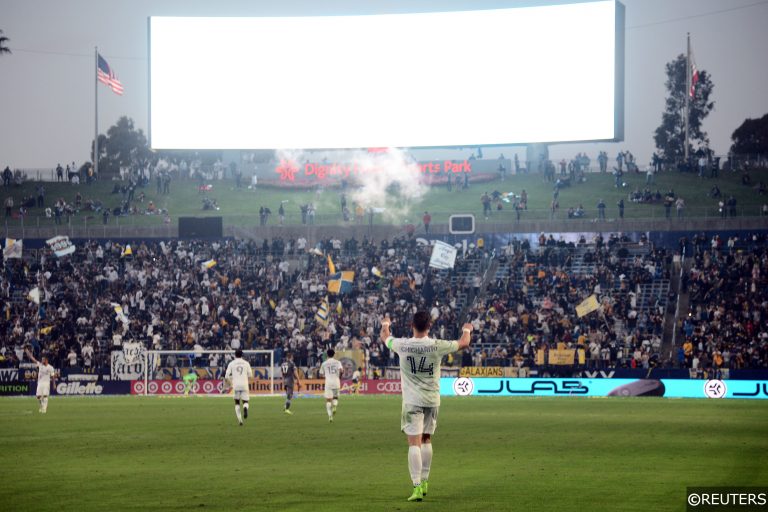 Round 28 of the MLS regular season is upon us and overall table leaders Los Angeles FC will be hoping to get back to winning ways after defeat last weekend.

Eastern Conference leaders Philadelphia Union cut the gap on their Western Conference counterparts with a 6-0 hammering last weekend but there’s plenty more going on around the divisions, too.

Houston are a struggling away side at the moment with a poor away record of 3-9-1. Minnesota are also making life difficult for the opposition, only conceding 15 goals at home. The hosts should walk away with all three points.

Colorado only has one away victory and a more alarming stat than that is their road defence, which is conceding an average of 2.25 goals per game. The Union are averaging two goals per match at home, so they should breach this Rapids defence on more than one occasion covering the goal spread in this fixture.

Earlier in the campaign Inter Miami defeated the Red Bulls 2-0 and both clubs are in awful respective home and away form coming into this one. We should see a tight contest in this fixture with goals at a premium in the playoff chase.

On the road the Crew have suffered an Eastern Conference-low two defeats so they should hang on for at least a point in this fixture. For Cincinnati they return home looking to improve upon their 4-4-5 home record, which is 11th best in the east.

The Fire are frustrating their opponents, only conceding ten goals in 13 home matches. Montreal’s offence might be a little too much in this spot, though, with the team earning 23 points in 13 away fixtures while registering 23 goals on the road. This Montreal side should be able to breach the Chicago backend.

These sides encountered each other over a month ago in a 1-0 win for Dallas and both clubs will be pushing for the points to maintain their play-off position in the Western Conference. Expect both sides to play on the front foot.

Nashville are a solid road club this season, collecting points in 64% in their road matches, which is the fourth best away record in the west. However, this will be Nashville’s first ever trip to BC Place and that should throw the club off a bit due to the artificial surface. The Whitecaps have played strong all campaign long at home, with a 7-3-3 home record. Back the hosts here.

Toronto is entering the matchup after a 2-1 road defeat to Inter Miami and they are just 1-8-4 in their 13 road contests this season. Charlotte suffered a 2-1 home defeat to Orlando City last weekend and have now lost back-to-back games in front of their fans. Saturday feels like the perfect bounce-back opportunity for Charlotte, and they’re worth taking for the win with a 8-5-0 record over 13 home games.

San Jose had gone winless for six matches but they snapped that streak with a 2-1 home win over Los Angeles FC last weekend. Sporting KC have won each of their last two home matches and most recently took down the Portland Timbers 4-1. The hosts have opened their play up in recent weeks, and both teams have scored in nine straight matches between these two clubs. Additionally, there have been over 2.5 goals in six of their previous eight meetings, and we’ll back both trends to continue on Saturday night.