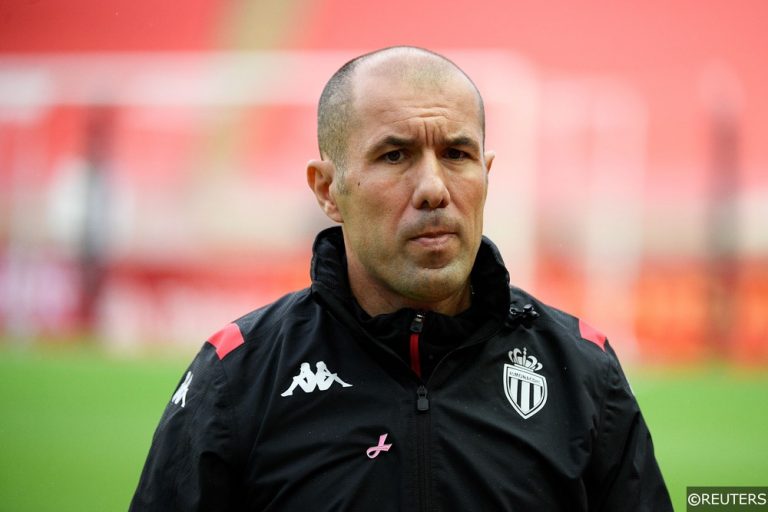 The last few years have been quite the journey for Monaco as they have faced both the turmoil of relegation and the exhilaration of title challenges all within a very short space of time. Monaco last won Ligue 1 in 2017 but were playing Ligue 2 football as little as seven years ago, and they could be facing that outcome again if they’re not careful.

Monaco barely managed to stay in the league last year as they left it to the second last day of the season before they clinched 17th place by the skin of their teeth. They managed to finish with 36 points, an even lower tally than their 44 point season in 2011, which resulted in relegation. Monaco decided to stick with manager Leonardo Jardim despite the severe underachievement but there hasn’t been an extremely evident upturn in form this season to suggest that they might not be threatened by relegation again in this campaign.

Let’s take a look at Monaco’s season so far and the characteristics that have made their campaign go the way it has. Remember, you can keep up to date with all our Ligue 1 predictions, betting tips and analysis here on Free Super Tips.

Nothing New At The Back

Last season Monaco conceded 57 goals, their worst tally since the 1975/76 season. Their centre-back partnership usually consisted of two of Kamil Glik, Jemerson and Benoît Badiashile and even though the latter of the three is a highly-rated talent who many expect to start for France one day, he is still very raw and his inexperience beside the tired legs of Glik and Jemerson resulted in the fourth worst defence in the league.

Monaco signed Guillermo Maripán in the summer from Alavés and the Chilean has impressed in his opportunities but Jardim has preferred to play the aforementioned back-three for much of the campaign despite the obvious defensive frailties. The threesome started in Monaco’s last match against Rennes as they won 3-2 and even though they got the victory, the club’s paper-thin back-line was exposed for all its worth. Rennes are a very average attacking side in Ligue 1 with ten goals scored this season. Rennes had scored just twice in the five games preceding their clash with Monaco but found no issue in putting two past the principality club.

Monaco have the worst defensive record in Ligue 1 this season, with 21 hitting the back of Benjamin Lecomte’s net. If the campaign continues with that ratio of 2.1 goals conceded per game then Monaco will finish with almost 80 conceded, something the club has never done. Obviously the season will probably not continue at this rate but with just one clean sheet so far, there is a lot of evidence to suggest that they could end up with a relegation worthy goals conceded total.

Monaco changed from a four man defence to a three man defence a few weeks ago and while it worked well in its first outing against Reims (0-0) but they have conceded seven goals in the last four games with it in use. Monaco travel to a very good Nantes side on Friday and we feel that their defence could once again be exposed. It’s obvious that the formula of Glik, Jemerson and Badiashile isn’t working at the moment and even though much of it may not be their fault, a slightly top heavy midfield being the main suspect, something has to change if they want to get some consistency back in the team. Their attack, something we will discuss later in the article, has dug them out on many occasions this season but that’s not a very reliable tactic and with Marseille, Saint-Étienne and PSG on the horizon, it’s hard to see where it’s going to improve for Monaco.

Monaco are currently 25/1 to face the drop this season.

Monaco currently sit 14th in Ligue 1, just three points above the bottom side Strasbourg. They have amassed twelve points from ten games which is a pretty unsatisfactory total for a club of Monaco’s size. However, this tally looks even worse when you realise that just two of those points have come away from home.

This season Monaco have really found it difficult on the road with them failing to get past some very beatable sides like Metz (0-3) and Strasbourg (2-2) already. This has been a trait of the principality side for a while though as they have won just four of their last 27 away days. Leonardo Jardim’s men have failed to improve on that this season and we’re backing that ugly stat to rear its head on Friday as they travel to Nantes, you can see our full preview by clicking here.

Monaco are yet to win on the road this season and currently sit second from bottom for results away from home. Les Monegasques have the third worst xGA value per game on the road this season with them on average conceding chances adding up to a value of 2.13. Jardim’s men clearly find it much easier playing at the Stade Louis II but they’ll need to carry that form into every match if they want to secure their place in the league this season.

Monaco’s home form is solid with them sitting 6th for results in front of their own fans but a failure to improve their quality on the road could severely harm their performance this season. Monaco made the mistake last year and were very lucky to stay up but it seems as if there has been little to no effort put in to try and improve on this. Nantes, Saint-Étienne and Bordeaux are their next three away games and we can easily see them picking up zero points from these matches which is a terrifying prospect to consider if they don’t turn up in their next three home games. 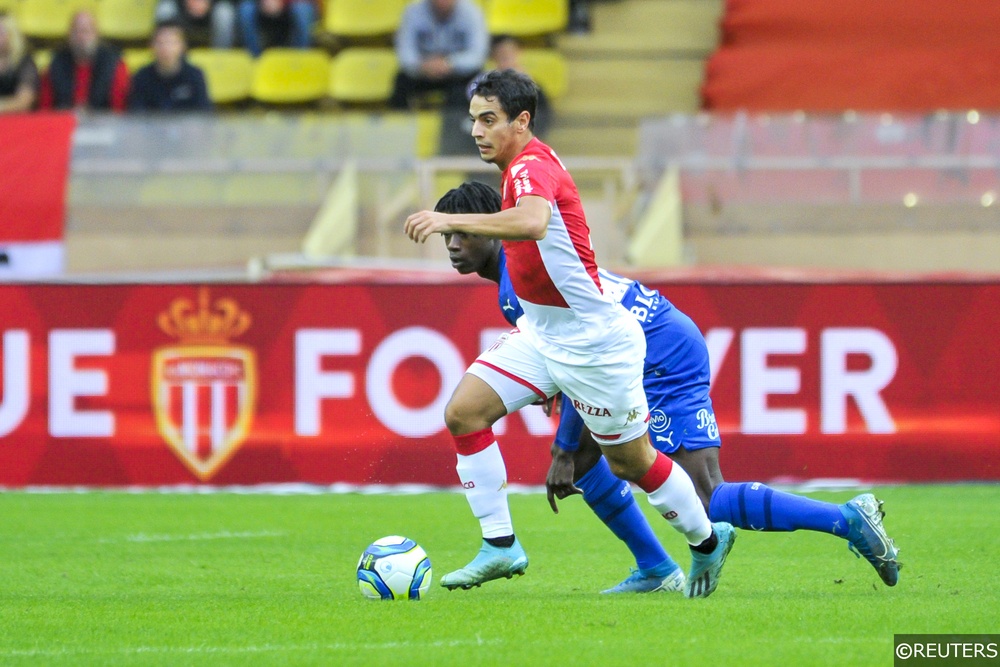 The Best Form Of Defence…

Monaco’s one saving grace this season has been the strike partnership of Wissam Ben Yedder and Islam Slimani. The experienced strikers joined over the summer with the former signing from Sevilla while the latter has come on loan from his parent club Leicester City.

Last year Monaco managed to score just 38 goals in 38 league games, their drawn third worst tally since reliable records began in 1948. Radamel Falcao was les Monegasques’ sole attacking outlet as the Colombian netted 15 times, almost 40% of their total goals. When the veteran striker left for Galatasaray in the summer it was evident that that void had to be filled and the club has done a tremendous job with exactly that as Slimani and Ben Yedder have been the most dangerous attackers in the league this season. Of Monaco’s 18 goals scored, just two have not been directly affected by either Slimani or Ben Yedder.

Ben Yedder is currently the top goalscorer in Ligue 1 with eight goals scored and his Algerian teammate is not far behind him with five. Slimani has been a menace in other ways though as he tops the assists charts with seven. In a pretty soggy Monaco side, these two players have been a shining light so far and as a result les Monegasques have scored the second most goals and have created the second most xG. On top of Monaco getting relegated, we also fancy Ben Yedder as a potential candidate for the league’s top scorer if Mbappe keeps up his injury issues – the teenager has scored just twice in Ligue 1 this season. You can back Ben Yedder to maintain his position at the top of the scoring charts below.

If Monaco are going to have success this season then it is going to be down to Slimani and Ben Yedder. Neither players have particularly infamous injury histories but much of Monaco’s mishaps on the pitch last season were due to the sheer number of players off it. Monaco pretty consistently had north of twelve first-team players unavailable last season and there’s always the risk that either of their star strikers could be struck by the same curse. The pair have been so effective this season but rely a lot on each other so an injury to either player could drastically affect Monaco’s campaign.

Therefore, despite their glittering attack, we feel that Monaco are still very much involved in a relegation battle. They were in the drop zone prior to their late win over Rennes and with some difficult games coming soon they could easily fall back into the bottom three.