NBA Weekly Round Up 1st February 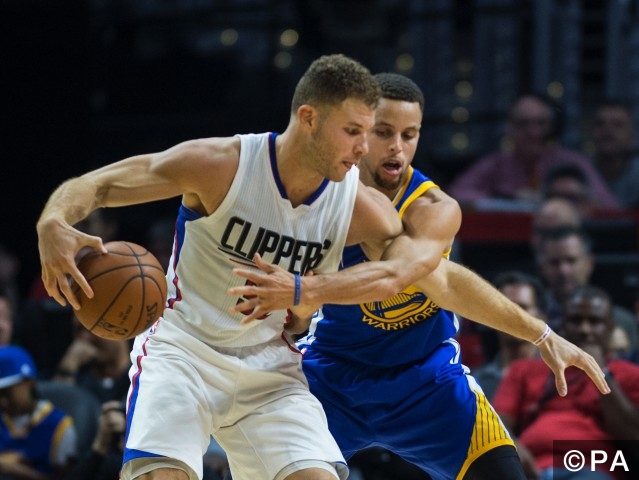 Another week has come and gone in the NBA and you know what that means. It means if you’re a fan of Golden State, you’re thrilled that the team tied the best mark through 47 games in NBA history. On the flip side, if you’re a fan of the Philadelphia 76ers, you’re thrilled that you took the Warriors to the limit before losing in the dying seconds. Hey, it’s a lot better than some of the elite teams have done against Golden State lately and your team only has seven wins!

There’s also just one full week of hoops action before the All Star break. The majority of the league will play their final games before the break on Wednesday, February 10, as there are 12 games on the slate that night. The Wizards, Bucks, Thunder and Pelicans close out their pre-All Star break slates on Thursday in the final two regular season games before the league shutdown for the festivities. For those of you who actually still tune in to the All Star Game, it falls on Valentine’s Day, Sunday, February 14. It might make for some tough decisions in certain households.

Let’s take a look at what’s been going on around the league this week:

Golden State Keeps On Rolling: There seems to be little that will have a chance at slowing down, much less derailing, the Golden State Warriors. We talked last week about their matchup with a Cleveland team that was fully healthy and had the trio of LeBron James, Kevin Love and Kyrie Irving ready to go. On top of that, the team was at home and was poised to make a statement. The result? They were waxed 132-98.

Last Monday, the Warriors faced the league’s second-best team in the San Antonio Spurs. Gregg Popovich always has his team ready to compete and it seemed that the Warriors would be pushed, if not beaten. The night before the game, it was announced that Tim Duncan would be rested with a sore knee (to be fair, he’s missed the last few games with that injury.) Still, the Spurs are a veteran team and their next man up mentality would be tested. The result was a train wreck: Golden State drubbed San Antonio 120-90 in a game that may not have been that close.

The Warriors went on to drub Dallas 127-107 at home before going on the road. Golden State blew a 24 point lead midway through the third quarter and needed a Harrison Barnes 3 with 0.2 seconds to play to secure a 108-105 win over the 7-41 76ers Saturday. That win tied the with the 1966-67 76ers, a team that bears no resemblance to the train wreck that Philadelphia has been in recent years, for the best record in NBA history through 47 games of a season at 43-4.

Just for good nature, they went to Madison Square Garden and bombed the Knicks 116-95 Sunday night to go to 44-4. Draymond Green posted a triple-double in the victory. The Warriors are 25-0 at home and haven’t lost at the Oracle Arena in more than a year. Here’s a look at Barnes’ winning triple against the Sixers:

Can We Crown Division Champs Now?: Sure, there’s still a little less than half a season of basketball to play but when you look at the standings, there’s not much suspense going on at the top. All three divisions in the Western Conference are pretty much sewn up already. Oklahoma City has a 13.5 game lead over both Utah and Portland in the Northwest Division. Heck, the Thunder (36-13) is the only team above .500 in the division.

In the Southwest, the Spurs, even with their blasting by Golden State, are 39-8 on the year. They hold a hefty 11.5 game advantage over Memphis and a 12.5 game bulge on Dallas. In the Pacific Division, you have to feel bad for the Clippers. The Lob City boys are 32-16 after blowing out Chicago by 27 Sunday afternoon but are 11.5 games behind the juggernaut in Golden State. How lousy is it to be 16 games over .500 and winning two of every three contests but knowing you’re probably going to be a 4 seed at best, which pretty much puts you on the road in the conference semifinals should you get past the first round?

In the East, things are slightly better as no second place team is double digit games behind. That’s merely a moral victory as more than likely, two of the three divisions are pretty well locked up. Toronto has a “mere” six game lead in the Atlantic but they’re riding a franchise record 11 game win streak right now. In a division that features the non-power trio of the Knicks, Nets and 76ers (combined record: 42-104), that leaves the Celtics as the only real contender to try and chase Toronto. Unless Danny Ainge throws around some of the 835 draft picks he’s accumulated in the next couple of drafts, Boston doesn’t have the horses to upend the Raptors.

In the Central, Cleveland, even with all the turmoil they’ve had with the firing of David Blatt and the ongoing internal conversations about what to do with Kevin Love, holds an eight game lead on the battered, bruised and quickly running out of steam Chicago Bulls. Indiana is 9.5 games behind the Cavaliers and Detroit stands 10 back. It’s impressive that the Pistons are above .500; let’s not get carried away thinking there’s more to expect from that group. Cleveland should be able to cruise to the division crown barring the Bulls making a deal or finding a time machine to bring back Michael Jordan.

The only division that seems to have suspense is the Southeast. Miami entered Sunday with a narrow half-game edge over the Hawks. Charlotte and Washington were 4.5 games behind and even the last place Magic sat only five games off the lead. This one could be one of those 40 to 43 win division champs that most people despise for getting home court advantage. Keep an eye on what unfolds as it’s the only division where anyone is within relative shouting distance.

Clippers Better Off Without Blake?: The biggest story as far as injury situations go this week has nothing to do with Nikola Mrotic missing time for appendicitis or Joakim Noah going down for the year with shoulder surgery. In fact, the walking wounded Bulls are not a factor in this one at all. Fred Hoiberg may feel differently but that fact still remains.

The story broke earlier this week that Griffin would be lost for between four and six weeks after he got in an altercation with the team’s assistant equipment manager. Griffin got into a fight with Matias Testi at a restaurant in Toronto after the Clippers faced the Raptors on January 23. Punches were thrown and Griffin suffered a spiral fracture of the fourth metacarpal in his right hand in the incident. The league continues to investigate the incident and no timetable for a statement regarding the investigation or any potential discipline has been set. Testi is expected to rejoin the team Friday when they start a four game road trip while Griffin isn’t expected to rejoin the team in any capacity until after the All Star break. Here’s hoping cooler heads prevail in the two and a half weeks between now and that point in time. Neither man was in attendance for Los Angeles’s win Sunday; they aren’t expected to be in attendance at Wednesday’s home tilt with the Timberwolves either. Reports on Sunday say that the injury may take a full two months to heal, which could keep Griffin out until late March or early April. He was already recovering from a quad injury he suffered on Christmas Day against the Lakers.

Those were the biggest stories surrounding the league this week. We’ll keep you posted on what’s happening and breaking throughout the league as it comes up. Enjoy this week’s action and make sure you check out our free NBA predictions – our tipsters are on fire!