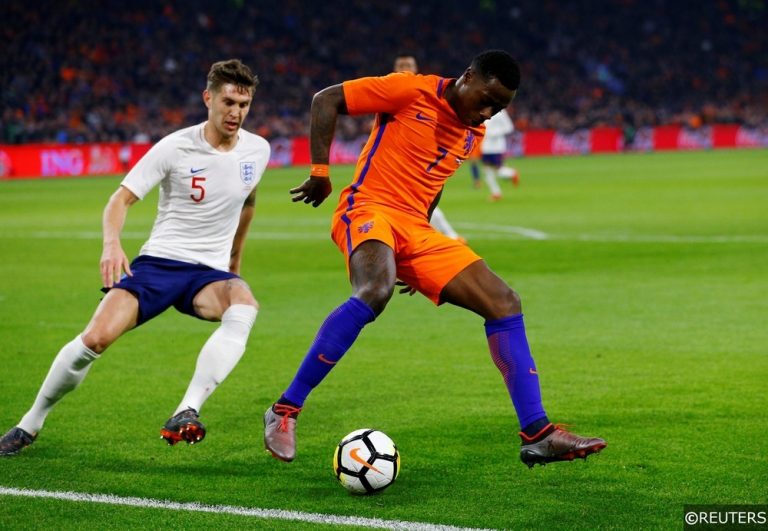 Netherland’s upcoming friendly match against Peru this week at the Amsterdam ArenA is a fixture of special significance. Record appearance maker Wesley Sneijder is set to win his 134th senior cap against the South Americans, and it’s the last time the midfielder will pull on the famous Oranje shirt.

Sneijder’s retirement from the international foobtall severs the last remaining link between the team and its last, magical generation of players that included Robin Van Persie, Rafael Van der Vaart and Arjen Robben.

Fittingly, the game is being hosted in the nation’s capital Amsterdam, where Sneijder was schooled as a youngster at Ajax. The match against Peru feels symbolic for more than one reason however.

While Sneijder’s international exit represents the end of an era, he is likely to be sharing a pitch for the first and last time with fellow De Toekomst graduate Frenkie De Jong – one of several fresh Ajax academy alumni looking to form the crux of the Netherlands national team over the next decade.

We can trace the origin of the Netherlands’ decline back to South Africa, when a Dutch team inspired by Sneijder’s golden generation and a squad that contained seven Ajax academy graduates in total, came close to winning the World Cup in 2010.

The Oranje’s eventual defeat to Spain was as much down to their self-cannibalisation as it was down to Spain’s fine football, and though their decision to kick the opposition instead of the ball in Johannesburg still causes embarrassment in Dutch football circles, reaching the Final is still seen as a huge achievement.

Pre-tournament expectations were surpassed four years later in Brazil, when a much more pedestrian Dutch squad surprised everyone by finishing 3rd at the 2014 World Cup. Just three former Ajax students, Daley Blind, Nigel de jong, and Wesley Sneijder were selected in Louis van Gaal’s squad for the tournament. The Netherlands were denied a place in the final by Argentina, who secured their place in football’s biggest game via a penalty shootout.

From there, the rot set in and what started as a drip-fed regression in Dutch international standards, rapidly became a disintegrative and all consuming football crisis in the Netherlands. The decay happened in an alarmingly short space of time.

The national team’s decline and the slowing down of the Ajax production line seemed inexorably linked. The Netherlands haven’t qualified for a major tournament since 2014 – that’s the same year Ajax last won the Eredivisie.

After a period of uncertainly and their own crisis of identity, Ajax have recently realigned with their traditional ideologies. The club have started to promote from within with much more regularity, looking to their underage setup for players instead of swelling their ranks with numerous external signings.

They are still searching for the right balance between home-grown players and imports, though their squad’s current make-up is certainly more in tune with Ajax teams of old.  The emergence of more gifted youngsters at Ajax has in turn added some much needed depth to arguably the shallowest pool of Dutch talent since the late 1950s and early 60s.

Again, the Netherlands national team have Ajax to thank for their brighter looking future. Head Coach Ronald Koeman named no fewer than seven Ajax academy graduates in his latest Netherlands squad for their games against Peru and France this week.

Central defender Matthijs de Ligt, who is Ajax captain at just 19, made his international bow in March of last year against Bulgaria and is one of the most highly rated young players in his position in Europe. Midfield technician Donny van de Beek won his first cap against Romania a few months later in November 2017 against Romania.

Justin Kluivert, son of Ajax legend Patrick, was next in line, appearing for the first time at senior international level in the Netherland’s 3-0 over European champions Portugal in March this year. The flying winger has since moved to Roma in Serie A.

This week, arguably the most gifted of the lot, Frenkie De Jong, is in line to become the latest Ajax product to represent his country at senior level. De Jong joins the Netherlands squad during a period of renewed optimism and his inclusion has pushed those positive feelings to new levels.

Some of the fatalism and despair surrounding the national team’s prospects has given way to a fresh excitement among Dutch supporters. Once again, it’s Ajax who have switched the light on at the end of the tunnel.