This week, Mark Hughes became the second Premier League managerial casualty of the 2018/19 season, after Southampton axed the 55-year old just nine months into his contract.

Along with the sacking itself, Hughes was served a further double dose of ignominy as he made his St.Mary’s exit.

After his latest job loss, Hughes becomes the first Premier League manager in history to be fired from two top flight clubs inside the same year. Hughes was removed from office at Stoke City on January 6th just hours after the Potters were dumped out of the FA Cup by Coventry City.

The former Welsh international also leaves St. Mary’s with the lowest win percentage (19.23%) of any Southampton manager since Steve Wigley’s (16.67%) short stint in the Saints hotseat back in late 2004.

Hughes had been the bookmaker’s favourite to lose his job since Slavisa Jokanovic was handed his P45 by Fulham on November 14th (a potential sacking we discussed in detail here), though fresh front runners have already moved up to take their place in the Premier League sack race.

Southampton will be busy behind the scenes in their attempts to have a new manager in place as quickly as possible ahead of a taxing and fixture-filled December programme, though Kelvin Davis will take charge of the Saints for their game at Tottnenham on Wednesday.

Let’s take a closer look at the favourites for the vacant Southampton manager’s job.

The 51-year is the archetypal modern, forward-thinking football coach. Having cut his teeth in the lower reaches of German football with SpVgg Unterhaching, VfR Aalen and FC Ingolstadt, Hasenhüttl moved to RB Leipzig in 2016.

With Hasenhüttl’s creative, attacking tactical philosophy a major influence, newly-promoted RB Leipzig finished 2nd in the Bundesliga, with players like Emil Forsberg and Naby Keita thriving under his direction.

Hasenhüttl became a victim of his own success in his second season at Leipzig, and with their first ever Champions League campaign an understandable distraction, RB finished in a relatively disappointing 6th position in the 2017/18 Bundesliga.

The season ended with an ultimately futile contract dispute between club and manager, and Hasenhüttl left his job in Leipzig a year before his deal was due to finish.

The capture of Hasenhüttl would be considered a major coup for Southampton – the Austrian had been strongly linked with some of Europe’s biggest clubs earlier this year, including Bayern Munich. 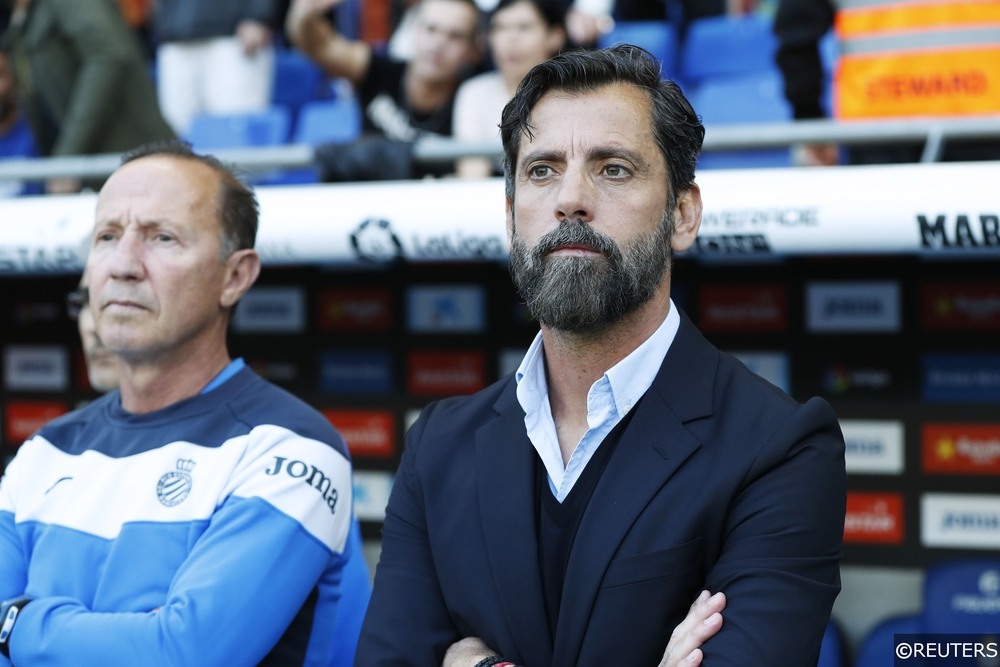 Immediately after news of Mark Hughes’ sacking broke, former Watford manager Quique Sanchez Flores was installed as one of the favourites to succeed him as Southampton manager.

During his stint as Watford manager between June 2015 and May 2016, Quique Sanchez Flores guided the Hornets to a respectable 13th place finish in their first top flight campaign after their Championship promotion.

Watford also made it all the way to the semi finals of the 2015/16 FA Cup, where they were beaten 2-1 by eventual runners up Crystal Palace.

It was widely accepted at the time, that Quique Sanchez Flores was unfortunate to lose his job as Watford manager and the Spaniard’s win percentage as Hornets’ boss (31.58%), was higher than the next two coaches in the Vicarage Road hot-seat, Walter Mazzarri (28.95%) and Marco Silva (29.17%).

With several reputable sources name-checking Quique Sanchez Flores as favourite for the Saints job, 6/1 odds on the 53-year old being the next Southampton manager look very generous.

Southampton supporters won’t be overly enthused about the identity of the bookmakers’ third favourite to take the club’s vacant manager position.

It wouldn’t be a Premier League managerial vacancy without Big Sam’s name being thrown around in the media, though the former-England chief’s reputation has taken a bit of a battering in recent years.

Often described as an “old school” manager in less than complimentary terms, Allardyce’s functional style of play made him a pantomime villain with Crystal Palace and Everton fans during his recent spells at Selhurst and Goodison Park respectively.

If Southampton supporters are a club in need of a lift, appointing Allardyce might have the opposite effect, though his experience and ability to organise teams defensively could be a combination that appeals to the Saints’ board.

Check out our FST Premier League Game Week 14 Team of the Week here.

Much travelled Portuguese boss Paulo Sousa has emerged as an unlikely contender to replace Mark Hughes as Southampton manager.

Sousa, of course, has tried his hand at English football management before. The former Juventus and Borussia Dortmund midfielder, was appointed as QPR manager in November 2008, though he was sacked just 5 months later after a boardroom dispute.

In June 2009, Sousa replaced Roberto Martinez as Swansea manager, where he guided the Swans to 7th in the Championship – their highest league position for 27 years. Sousa left Wales a year later to take over at Leicester City, though he lasted less than 3 months in charge after the Foxes dreadful start to the 2010/11 season.

From there, Sousa has had tenures of varying length and success at Videoton in Hungary, Maccabi Tel Aviv in Israel, Basel in Switzerland, Fiorentina in Italy and most recently Tianjin Quanjian in the Chinese Super League.

Sousa’s patch-work CV and body of managerial work might raise concerns among some Southampton fans, though the 48-year old has a reputation for crafting teams that play slick-passing, entertaining football.

In addition, Sousa would arrive back in England as a double league title winning manager, having lifted championships in Israel and Switzerland.

The 12/1 odds on Sousa being next Southampton manager suggests that there could be substance to the rumours linking him with the job. This could be one to keep an eye on.

Check out our expert match previews, predictions and betting tips for all the mid-week Premier League action here.