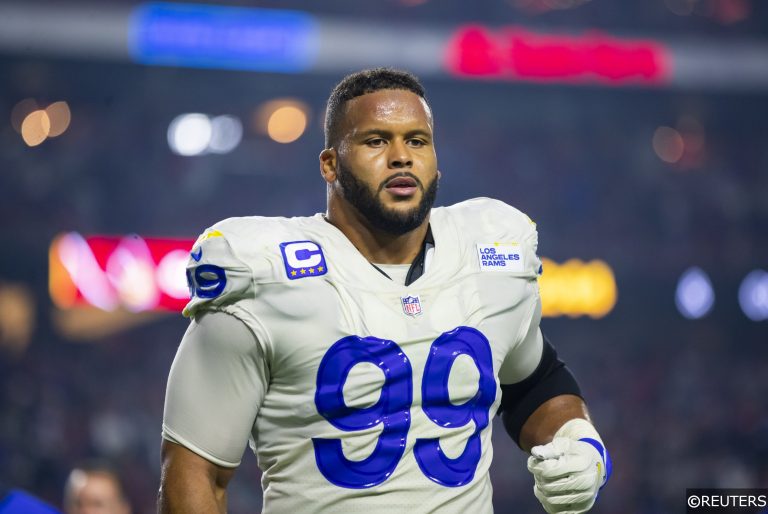 They say anything can happen in the NFL and 2022 has lived up to that tagline. It started with the Cincinnati Bengals’ unlikely run to the Super Bowl, where they just came up short against the LA Rams, and has continued through the off-season.

The landscape in the NFL has shifted significantly with a bevvy of player and coaching changes that have resulted in big-name talents Russell Wilson, Davante Adams, Tyreek Hill and Deshaun Watson finding new homes.

Throw into the mix the short-lived retirement of Tom Brady and there’s barely been a dull moment since the turn of the year, and that’s before the new season has even got underway.

The multitude of changes has presented bettors with a tricky landscape to work through when making their ante-post picks with the Buffalo Bills entering the season as the 6/1 Super Bowl favourite. However, with the Bills in the more competitive AFC, it may be best to go for a tried and tested NFC contender when considering who is going to win it all in the NFL.

Of course, we’ll have tips for all the action this week so make sure to keep an eye on our NFL predictions page.

Only seven teams have ever won back-to-back Super Bowls with the 2004-05 New England Patriots the last to achieve that feat, but a star-studded Los Angeles Rams side may have what it takes to join that elite list.

The Rams found the missing piece of the puzzle last off-season when replacing Jared Goff with Matthew Stafford at quarterback. Stafford was far more successful orchestrating the game plan of Rams head coach Sean McVay as they won the NFC West division before knocking out the Arizona Cardinals, Tampa Bay Buccaneers, San Francisco 49ers and ultimately the Bengals in the playoffs to win the franchise’s second Super Bowl.

Stafford was blessed with some excellent weapons on offence in the league’s leading receiver Cooper Kupp and a strong offensive line, and the Rams have added to their arsenal by bringing in wide receiver Allen Robinson.

On defence, they’ve lost Von Miller but have brought in veteran linebacker Bobby Wagner to fill a position of need. Most importantly, LA still have Aaron Donald, the most disruptive defensive talent in the league and a player who would rank as a top-10 defence on his own.

The Rams are a well-balanced team, ranking in the top ten in several key offensive and defensive metrics, including DVOA, which measures their efficiency on both sides of the ball. They are also very well coached by offensive guru McVay and there’s a clear path for the Rams to get back to the Super Bowl, where they could collect a second Lombardi trophy.

The pool of contenders in the NFC is far smaller than a jam-packed AFC and the Rams look a solid selection to retain their conference crown. While the Rams don’t appear to have any major questions to answer or holes to fill entering the season, their rivals do.

NFC favourites the Tampa Bay Buccaneers welcomed Tom Brady back from his six-week retirement with open arms but their offensive line is a concern when it comes to protecting a 45-year-old quarterback who has never been the most elusive player. Back-to-back playoff failures have called into question the Green Bay Packers’ ability to perform under pressure, while the San Francisco 49ers are handing the keys to their offence over to the very inexperienced quarterback Trey Lance.

A much-improved Philadelphia Eagles side at 12/1 are potentially the biggest threat to the Rams but their claims to the NFC are strong.

Baltimore Ravens to win the AFC 9/1

Bookmakers expect the Buffalo Bills to waltz off with the AFC but in a conference this competitive, there could be a bit of value in getting behind the Baltimore Ravens. Injuries ruined their 2021 plans as they went 8-9, their worst regular season return in three years for a franchise that was the AFC’s number seed as recently as 2019.

Explosive quarterback Lamar Jackson is after a new contract so is expected to play with a chip on his shoulder in an offence made to exploit his rushing talents. The Ravens are looking to win games in the trenches and have built two strong lines across the offence and defence which have done an excellent job at keeping them in games.

Baltimore drafted very well this year, boosting an already strong safety group, and while their options at receiver look a little thin, this is a double-digit win team built to bounce back to form.

Minnesota Vikings to make the playoffs – 10/11

Back-to-back losing seasons is totally unacceptable for a franchise this talented and they were right to make a change at head coach with Mike Zimmer being replaced by Kevin O’Connell. Dalvin Cook, Justin Jefferson and Adam Thielen form the basis of an excellent offence, while the defence should be improved with Za’Darius Smith. In a relatively weak conference, the talent is there for the Vikings to make the postseason.

Dallas linebacker Micah Parsons is the reigning defensive rookie of the year and appeals at 9/1 to collect the senior version of that prize. As a member of the Cowboys, Parsons will garner plenty of media attention and his play in pre-season suggests he’s ready to take the step up.

Parsons had 84 tackles, 13 sacks and three forced fumbles in his debut NFL season and is only liable to improve in a defence that makes the most of his unique skillset.