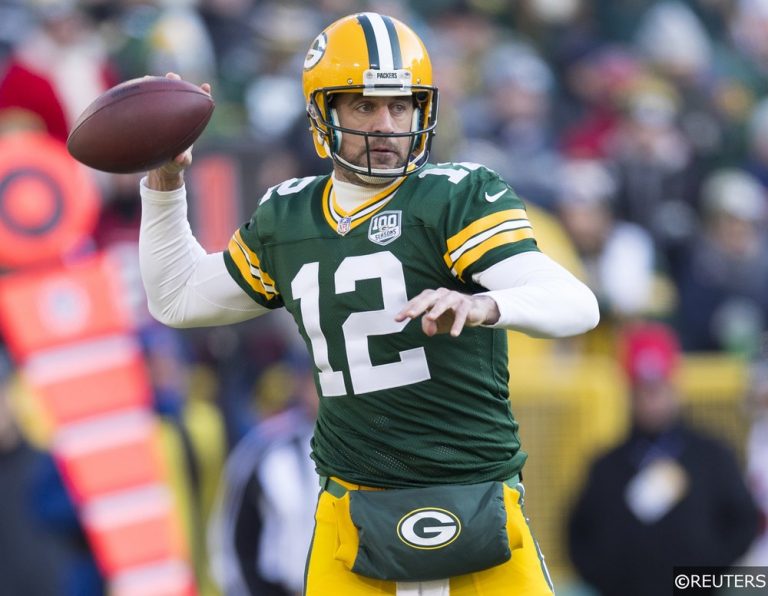 Some 15 years and 32 games on from the first ever London regular season game back in 2007 and we finally get to see a clash on these shores between two teams boasting a winning record.

Aaron Rodgers and his Green Bay Packers belatedly complete the set of all 32 teams to have played in London on Sunday and we’re backing him to excel in our bet builder for the game.

The New York Giants triumphed in that first London game at a rainy Wembley back in 2007, en route to the first of two magical Eli Manning-led Super Bowl runs, but don’t expect the G-Men to emerge victorious on this occasion.

With an injury-ravaged receiving core and dinged-up QB in Daniel Jones meaning the Packers defense, although yet to perform as well as they should on paper in 2022, can focus in on stopping Saquan Barkley, who has carried the Giants on his back offensively through four games en route to a surprising and somewhat false 3-1 record.

Meanwhile, Packers head coach Matt LaFleur has made no secret of the fact that partaking in the International Series for the first time is nothing but an inconvenience to the teams schedule. It’s likely he’ll want his squad to get this game won early before running out the clock in the second half. Expect a fast start from the Packers, with Rodgers no doubt keen to put on a show in what will almost certainly be his only London game.

He meets a Giants defense who, having faced Baker Mayfield, Cooper Rush and Justin Fields in recent starts, now takes a massive step up in class against the reigning back-to-back MVP of the league.

Make no mistake, though, this Packers offense only truly gets rolling when the ground game, led by elite one-two punch Aaron Jones and AJ Dillon, is working and the pair are again expected to put up good numbers against a Giants run defense that has struggled thus far in 2022.

Although his passing total of 188.5 is a low one, we’ll throw in the Daniel Jones under to help make up the bet, the fourth-year man having put up pedestrian numbers so far in 2022 and coming into the contest with an ankle injury.

Back our Brazil vs Serbia Ultimate Bet Builder at 41/1!