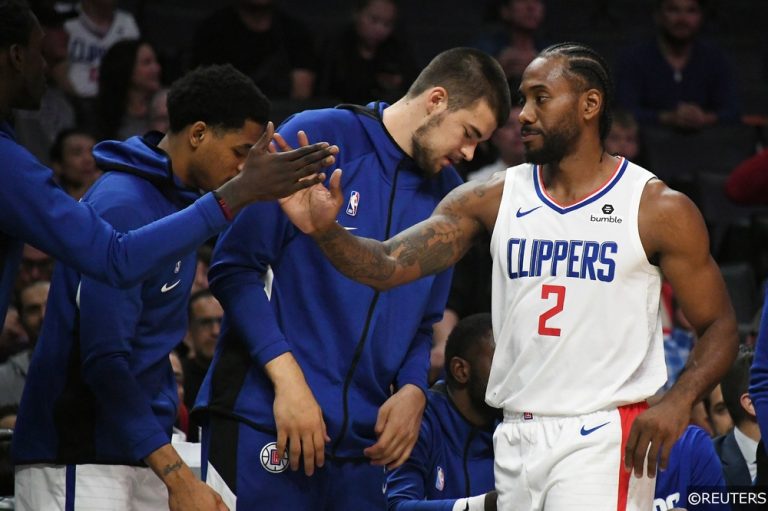 The 2022/23 NBA regular season starts in October, as the Golden State Warriors begin their title defence over the course of a busy campaign which wraps up with next summer’s playoffs.

After a blockbuster Donovan Mitchell trade and the end of the Brooklyn Nets drama, things are quiet on the offseason front around the league. That’s given us the perfect chance to look ahead to the coming season, picking out our best bets for the regular season and outright winners.

The Clippers had a tough time in 21/22, failing to make the playoffs. They still emerged from the season with some credit, as coach Ty Lue kept the side competitive despite the absences of Kawhi Leonard, Paul George and Norm Powell.

The trio are back this season, with Leonard in particular in fantastic shape ahead of the new season. The Clippers have strengthened further by adding five-time All-Star John Wall, giving them incredible depth to compliment their two superstars in Leonard and George.

Lue is a stellar coach who got the Clippers defensively organised last term and he squeezed all he could out of an injury-hit roster. The coach has a Western Conference final, two NBA Finals defeats and a championship in his coaching resume. He has the talent to get back to that level again, so I’m backing the Clippers to win the title this season.

In the East, it’s hard to look past Giannis Antetokounmpo and the Bucks. The 2021 champions have a brilliant mix of defensive strength, attacking talent and experience. They lost out in the Conference semi-finals last season, but an injury to Khris Middleton hurt them as they narrowly lost out to the Boston Celtics.

The Bucks can make it out of the East again, but I still like the Clippers to edge them out in the NBA Finals.

The Bucks look far too strong for their divisional rivals, despite the Cleveland Cavaliers adding Donovan Mitchell this summer. The same goes for the Miami Heat, who should stay clear of the Atlanta Hawks despite their big move for Dejounte Murray.

The most interesting division in the East is the Atlantic, where the title-favourite Boston Celtics are up against the Brooklyn Nets, Philadelphia 76ers and Toronto Raptors. While the Celtics are favourites, I’m siding with the Nets. They’ve won two-thirds of their games with Durant on the floor and they now have real defensive presence with Ben Simmons and Royce O’Neal.

While the Clippers are my outright pick, I can see them being edged out by the Pheonix Suns in the regular season. The LA side will need time to gel with players returning, while the Suns are a solid regular season side who should hit the ground running.

The Denver Nuggets are likely to come under pressure from the Minnesota Timberwolves this year, but the return of two Nuggets stars sways things in their favour. Denver have Jamal Murray and Michael Porter Jr back to link up with MVP Nikola Jokic, so take them in the Northwest.

Finally, the Memphis Grizzlies should take the Southwest division again, simply because their biggest rivals, the Dallas Mavericks, haven’t done anywhere near enough to close the gap.