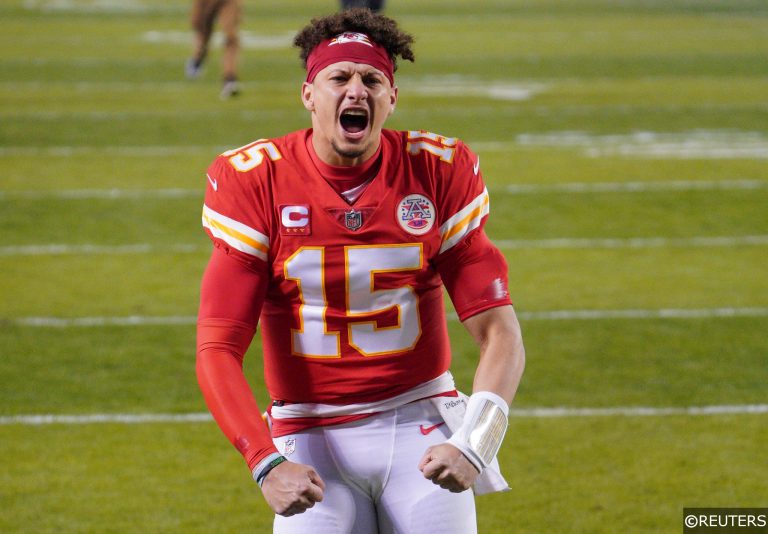 We’re just a few days out from the biggest event in America’s sporting calendar as Super Bowl mania descends upon Tampa Bay, Florida.

The Kansas City Chiefs are looking to become the first team since 2004 to win back-to-back Super Bowls, but a Tampa Bay Buccaneers side led by the legendary Tom Brady are out to stop them as the first team to ever compete in a Super Bowl in their home stadium.

We’ve already helped you get into the swing of things with our all you need to know article, and now our NFL expert brings you all the best Super Bowl predictions and betting tips in this preview along with a few tips from Sky Sports pundit Jeff Reinebold. You can find the rest of our tips on our NFL predictions page.

We spoke to @Jeff_Reinebold who is backing the Chiefs -3 and explains his reasons why here:

Classy Chiefs too strong for Bucs

The Chiefs have hardly broken sweat in getting back to the NFL’s showpiece game, going 14-2 through the regular season before eliminating the Cleveland Browns and Buffalo Bills in the playoffs. The Bills had been expected to give the Chiefs a real test but were instead brushed aside 38-24 as Patrick Mahomes and co clinched the AFC Championship.

Having cruised through the season at points, the Chiefs gave a terrifying demonstration of their skills in the win over the Bills as they clicked into gear. The offence has been largely unstoppable all year, averaging just under 30 points per game, with Mahomes, Travis Kelce and Tyreek Hill leading the way.

Kelce set a regular-season record for receiving yards for a tight-end with 1,416 this year and enters the Super Bowl having scored touchdowns in six straight games. Meanwhile, Hill has helped himself to 17 touchdowns and destroyed the Buccaneers when the two sides met in the regular season.

Hill ended that game with 269 yards and three touchdowns as the Chiefs coasted to a 27-24 in Tampa Bay. ‘The Cheetah’ could cut lose again in Sunday’s rematch, with the Bucs entering the game with doubts over their two starting safeties, Antoine Winfield Jr and Jordan Whitehead.

The Bucs are unlikely to try to fight fire with fight against the Chiefs, despite having a well-stocked offensive arsenal and a quarterback in Brady who knows how to get it done at the Super Bowl.
Brady has won six of his previous nine Super Bowl appearances and enters the game in excellent form, proving age can be just a number.

The 43-year-old led Tampa Bay to an 11-5 regular season record but has really stepped it up since the playoffs, guiding the Bucs to wins on the road at Washington, New Orleans and Green Bay.

Strangely they now return home for the Super Bowl, becoming the first team in NFL history to host the showpiece game. Home hasn’t exactly been a happy hunting ground for the Bucs though, three of their five defeats in the regular season coming at Raymond James Stadium.

Another loss looks the most likely outcome come Sunday, with the Chiefs having the edge in too many key areas to be denied. Even with Brady enjoying an Indian summer in his career, he could find it tough to keep up with Mahomes and the Chiefs offence, who can cover the relatively small handicap.

🏈 2 days until the #SuperBowl! 🏈@Jeff_Reinebold is taking UNDER 56 points and he explains why here 👇

Improving defences the key to under success

With all the talk in the build-up to Super Bowl LV focused on the two star quarterbacks and their myriad of weapons, the defences have been slightly forgotten. Both units will seek to rectify that come game time, with Tampa Bay’s defensive front set to make the most noise.

The Bucs pass rush caused the Green Bay Packers all kinds of issues in the NFC Championship game and should at least slow down Mahomes, who will be playing behind a patched up offensive line.

As for the Chiefs defence, they shut down the explosive Buffalo Bills offence in the AFC Championship game and have enough pieces, such as Chris Jones and Tyrann Mathieu, to put the pressure on Brady, who threw three interceptions in the NFC Championship game.

The points line has been set at 56, as it was in the regular season meeting between these two when it went under, which again looks the smart play for Sunday’s rematch.

Mike Evans has come into his own as a red zone threat late in the season and enters the Super Bowl having scored touchdowns in his past two games.

The Bucs wide receiver was Brady’s favourite target during the regular season, the veteran quarterback throwing to him 109 times, with Chris Godwin next best at 84 targets. Both Evans and Godwin are offered at similar odds to score a touchdown at anytime but Evans holds more appeal given Brady’s desire to pick him out.

Evans’ frame gives him a distinct advantage over the Chiefs secondary, who couldn’t stop him scoring two touchdowns in the regular season encounter between these teams.

NFL Super Bowl LV: Where to watch, how to bet and all you need to know