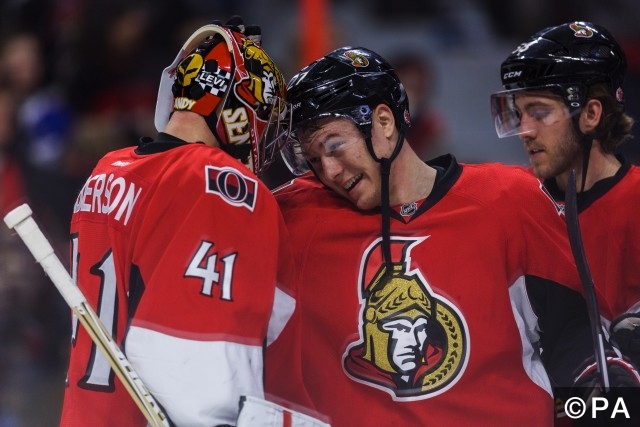 What a start to the new NHL season for our American sports tipster. A lovely 5/1 treble tip landed around 5am this morning to get the 2016/17 campaign under way.

You can see our new Ice Hockey tipster’s picks on our NHL tips section of our website.

The new NHL season got started at 00:00 on Thursday 13th October. As the clock struck 12am on Wednesday night, the first horn was sounded in Ottawa as the Senators hosted the Toronto Maple Leafs. This game was the only one of four games to have seen overtime on the opening night. It was a very entertaining first 20mins of the game, as 4 goals were scored – period 1 ended 2-2. An almost equally impressive 2nd period finished 2-1 in the Maple Leafs favour. The home side 4-3 down going in to the final period. The Senators squeezed home another goal to level the score to 4-4 and the game went in to overtime. Thankfully, Ottawa scored in overtime to win the game and take us on to leg 2.

St Louis Blues travelled to Chicago Blackhawks at 1am on Thursday morning for the second leg of our 5/1 treble tip. The Blues were our pick and the 1st period didn’t go how we would have liked as the Blackhawks took a 1-0 lead. A more promising 2nd period restored our hopes in this tie, as St Louis won 2-1 to take it to 2-2 heading into the final 20 minutes. An easy finish to the match for the Blues as they romped to a 3-0 victory in period 3, winning the game 5-2 at the full time claxon.

Finally, it was on to the last game of the NHL night, as we rooted for San Jose Sharks to beat Los Angeles Kings on home turf. It was a very even game throughout, as both of the first 2 periods ended in stalemate. Period 1 was 1-1 and period 2 was 0-0. It was beginning to prove to be a huge final 20 minutes for our boys, who somehow, against the run of play, scored 3 minutes into period 3. They held on, as again, this was a very tight period for both sides. The game finished 2-1 to San Jose Sharks as our 5/1 NHL Treble landed!

Our followers sent in their winning bet slips around 8am on Thursday morning after waking up to our good news. Here are some of the slips sent to us via our Twitter account.