It’s the transfer saga that seems like it will never end, will Paul Pogba move to Manchester United or won’t he. It looks like we finally have the answer.

Finally, after months of rumours and speculation, the deal has been agreed for around £100 million. This makes Paul Pogba the most expensive player in the history of the game. He smashes the current record held by Gareth Bale, as he swapped Tottenham for Real Madrid in a deal worth £86 million.

Pogba still needs to pass a medical before he can be unveiled as a Manchester United player, which should be done within a couple of days. Pogba becomes new manager Jose Mourinho’s 4th key signing since taking over the club this summer, completing every move he planned to make. The first signing of the four was young Ivorian centre back Eric Bailly, who United signed for £30 million from La Liga outfit Villarreal. The second player to make the move this summer was self-proclaimed “legend” Zlatan Ibrahimovic. It’s hard to argue with him however, as he fired in 113 goals in 122 appearances for French side PSG before making his move to England. The third, and currently most recent signing for Mourinho was Armenian attacking midfielder Henrikh Mkhitaryan from Borussia Dortmund. The 27 year olf had an incredible campaign last season, scoring 11 goals as well as topping the Bundesliga assists charts with 15 assists.

The signing of Pogba will bring United’s total spending for the summer to around £160 million, which although it sounds a lot, isn’t even that much more than Louis Van Gaal spent in the summer of 2015. He spent a total of £130 million on signings such as Martial, Schneiderlin and Depay. It seems pretty clear who’s spent their money more wisely of the two managers.

Pogba left Manchester United 4 years ago on a free transfer after not renewing his contract, making the move to Italian giants Juventus. It didn’t take him long to begin showing his quality, as by December 2013 he had been named the “Golden Boy” an award given to the best young player in Europe. In 2015 he was named in the UEFA Team of the Year as well as the FIFA FIFPro World XI. This was a result of a brilliant campaign which saw Pogba score 8 league goals as well as help his side reach the Champions League final. In the 2015/16 campaign, Pogba again scored 8 league goals as well as topping the assists charts in the Serie A with 11 assists.

Is Pogba worth £100 million? We will find out this season as he plays for a United side which has no excuses not to win the Premier League this season. 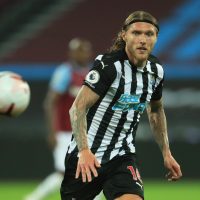