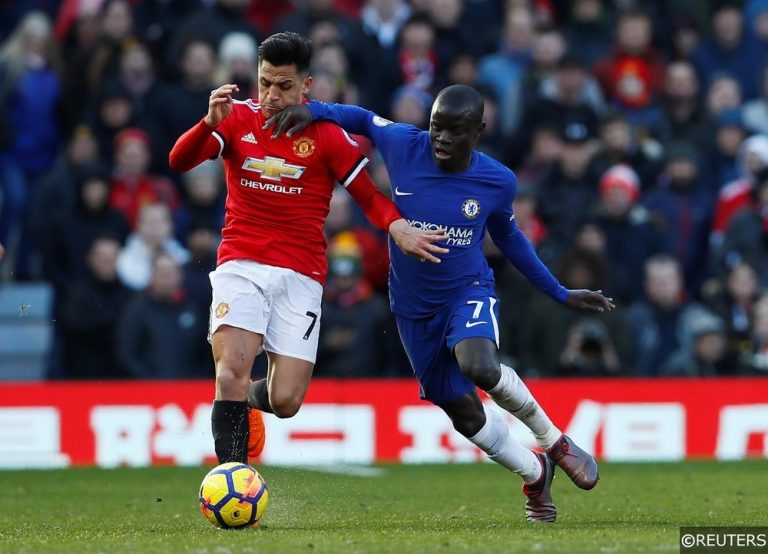 Taking on Chelsea at Stamford Bridge is one of the most daunting assignments in any Premier League club’s schedule. The Blues have been beaten just 13 times in 109 league matches on their own patch since the start of 2013.

Their record at home is as intimidating as it is impressive, and it can leave teams psychologically hamstrung before a ball has been kicked.

For Manchester United in particular, the mere mention of “Chelsea away” is enough to set knees-knocking and nerves jangling. If Old Trafford is the Theatre of Dreams for United, then Stamford Bridge is surely their Coliseum of Nightmares.

United haven’t won a football match of any description or in any competition at Stamford Bridge since Sir Alex Ferguson retired 6 years ago.

That 3-2 win in West London on the 28th October 2012 remains their only league win in 16 visits to the Bridge and even then, United barely squeezed out the door with a win against a Chelsea team that scored an own goal and played a third of the contest with 9 men.

More recently, United have come unstuck in 83% of their last 6 meetings with Chelsea at Stamford Bridge, losing 5 and drawing 1 of a depressingly futile sextet of contests in the capital.

This weekend, in the teams’ latest London clash, United will be striving to avoid to their fourth straight loss away at Chelsea, though perhaps, their first objective should be a much simpler one.

While winning a game at Chelsea has repeatedly proved a bridge too far for United post-Fergie, scoring a goal there has become just as potent a problem for them.

United have drawn a blank on each of their last 3 matches at Stamford Bridge – in fact, they have failed to score on 4 of their last 6 stopovers in the blue reaches of West London in total.

As damning an indictment as it might sound, scoring a goal on Saturday lunchtime would be a mini-victory of sorts for this United team.

With one eye on Saturday’s fixture, let’s take a more detailed look at Chelsea and United’s most recent 6 encounters at Stamford Bridge. 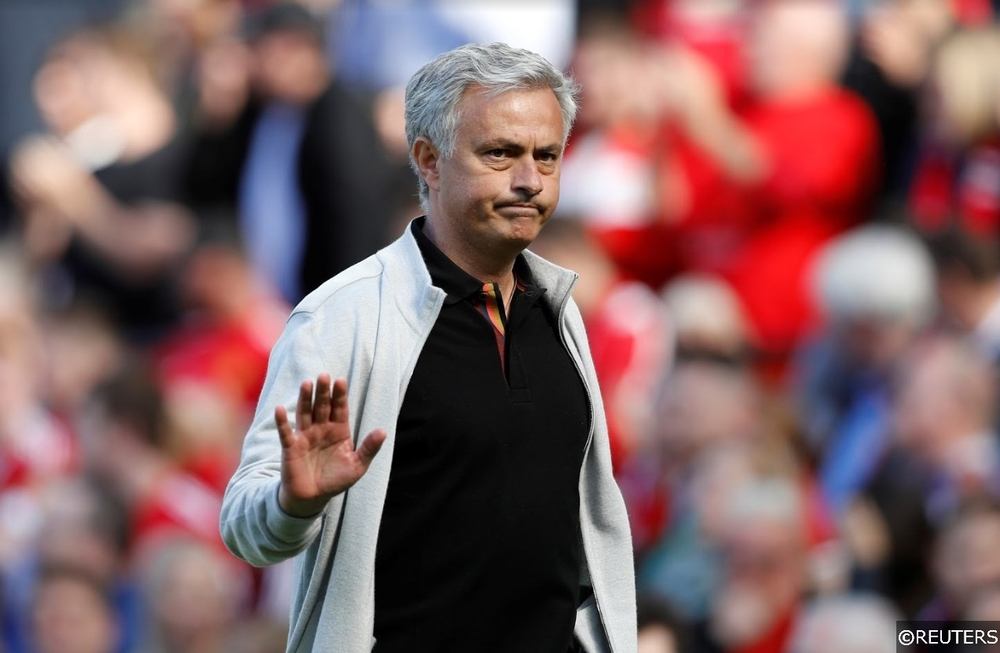 2nd placed United arrived at Stamford Bridge last November with a loosening grip on Manchester City’s coattails at the top of the Premier League. Mourinho’s men were 5 points behind the Citizens before their clash with Chelsea, with the Blues a further 4 points back.

The build up to the game had been dominated by a frosty back and forth between Mourinho and Antonio Conte, facilitated by the media, though it was the Italian who ultimately emerged on top after Chelsea’s 1-0 win.

In an unusually adventurous opening gambit, Chelsea and United traded and missed chances, though as the minutes ticked by, the visitors began to revert to the risk-averse defensive shape often employed by Mourinho in big away games.

Chelsea’s increasing dominance was rewarded early in the second half when Alvaro Morata planted a sensational header past his Spanish international teammate David de Gea. The Blues wasted several opportunities to double their lead, though they still ran out comfortable winners despite a very late United rally.

Chelsea dumped United out of the FA Cup at the Quarter Final stage after a heated tussle in the capital last March. The game had been a relatively even contest until Manchester United midfielder Ander Herrera was sent off just after the half hour mark.

Herrera had been deployed to man-mark Eden Hazard at Stamford Bridge, but the Spaniard played the part of hatchet-man than shadow-man. Herrera was eventually given his marching orders after he was shown two yellow cards in the space of fifteen minutes after a couple of crunching tackles on the Belgian.

From there, United dug in and were happy to relinquish possession in order to maintain their structural discipline. Chelsea enjoyed 73% of the ball and racked up 20 shots, the majority of which were beaten away by the superb David de Gea.

N’Golo Kante grabbed the game’s only goal on 51 minutes and though the final scoreline was slim, Chelsea never looked in trouble. United managed just 1 shot on target during the 90 minutes.

On a day to forget for Jose Mourinho, United were battered 4-0 by a Chelsea team reinvigorated by his replacement, Antonio Conte.

Mourinho returned to Stamford Bridge for the first time since his second Chelsea sacking, though the warm reception he received did little to alleviate his embarrassment about the events unfolding on the pitch.

The tone was set after just 30 seconds, when Pedro stole in behind a sleepy United rearguard to open the scoring. From there, it was all Chelsea, who took advantage of United’s error-prone defence to add 2 more goals by the hour mark.

United’s humiliation was complete when N’Golo Kante tiptoed through their static centre to slam home the game’s 4th goal on 70 minutes.

At full time, Jose Mourinho criticised Antonio Conte for celebrating “too much” at 4-0, though who could blame him? The result helped to fully extinguish Mourinho’s flame at Stamford Bridge, with Chelsea fans shouting “you’re not special anymore”, as their disconsolate fallen idol trudged off the pitch.

Manchester United came within a hair’s breadth of grabbing what would have been a deserved victory at Stamford Bridge against a Chelsea coming to terms with life without Mourinho.

There was a distinct Oranje flavour to proceedings, with interim Dutch Coach Guus Hiddink in charge of Chelsea and his compatriot Louis Van Gaal in the opposite dugout.

United started brightly and attacked with purpose in the first half, though they had to wait until the mid-way point in the second half to break the deadlock. Jesse Lingard put United in front with a wonderful spin and finish from the edge of the Chelsea area.

However, instead of pressing home their advantage, United curtailed their forays into the Chelsea half and subsequently, pressure from the home team started to build.

David de Gea defied physics with a string of top drawer saves, but he could do nothing to stop Diego Costa sliding home a 91st minute equaliser for Chelsea.

Chelsea eked out a narrow 1-0 win against Manchester United, to move one step closer to lifting the 2014/15 Premier League title.

The Blues sat deep and were content to play on the counter attack against a much more technically assured and expressive United team – a tactic that had become Chelsea’s trademark under Mourinho since the start of 2015.

Louis Van Gaal’s side had won six Premier League matches on the spin before their game at Stamford Bridge, and even though United enjoyed much more of the ball, they were eventually undone by a resolute and ruthless Chelsea outfit.

Cameroonian striker Samuel Eto’o helped himself to a hattrick against a battle-weary Manchester United side at Stamford Bridge in mid-January 2014.

David Moyes was without first choice attacking duo Wayne Rooney and Robin van Persie for the game and instead paired Adnan Januzaj and Danny Welbeck as an unorthodox front two.

United had actually come out of the blocks a little quicker than their hosts, though their mental fragility was soon exposed after Samuel Eto’o’s deflected 17th minute opener.

When Eto’o’s effort looped off Michael Carrick’s boot and over David de Gea, United’s veneer of determination was shattered.

From there, the match was a procession. Eto’o added a second goal on the stroke of half time and completed his hattrick just 4 minutes into the second 45.

Javier Hernandez grabbed a consolation goal off the bench with 12 to play, though United’s thoughts were trained on damage limitation more than possible resurrection by then. To compound their misery, Nemanja Vidic was sent off in injury time, while Rafael was lucky to escape the same fate after a reckless lunge on Gary Cahill.