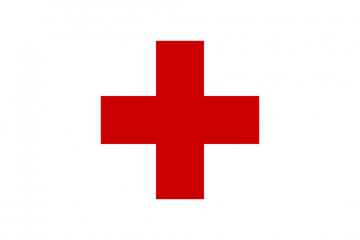 Everton are one of the most injury hit teams in the league. Tom Cleverley, Tony Hibbert, Darron Gibson, and Stephen Pienaar are all going to miss the game against Chelsea along with key player Leighton Baines, who is out until November. Bryan Oviedo and Brendan Galloway are both recovering from a knee injury and are unlikely to feature against Chelsea.

Oscar is a doubt for the visit to Everton, but should be back in the lineup the weekend after. Victor Moses should be okay in time, but probably won’t be leaping into the starting 11. However, much worse news for Chelsea is the recent injury to Thibaut Courtois. The Belgian stopper is likely to be out for up to two months after picking up a knee injury.

Danny Welbeck’s condition has worsened over the last week or two, and the former Manchester United striker is going to be out until at least Christmas, but Roy Hodgson thinks he could be on the sidelines until March. Central midfield duo Jack Wilshere and Tomas Rosicky are also still a bit away from a recovery.

Marko Arnautovic, Glen Johnson, and Mame Biram Diouf have all picked up slight knocks and are doubtful for the trip to the Emirates. Ryan Shawcross will be out for at least another three months, but Peter Odemwingie is back in training after recovering from his hamstring injury. He is being rested due to lack of fitness though. To add to their woes, Ibrahim Afellay and Charlie Adam are both out through suspension.

Ben Foster is on the road to recovery following his ACL injury, but he won’t be ready until the start of October. James Chester is hopeful of making the squad after his slight hamstring probem.

The Saints are in a bit more trouble with their injury list. Key defensive players Florin Gardos and Fraser Forster could miss the entire season with their knee injuries. Ryan Bertrand will be keeping them company for a couple more weeks. New signing Jordy Clasie is also struggling to shake off his injury.

Crystal Palace have a number of players that are hoping to make the grade in time for Manchester City’s visit. Yohann Cabaye, Mile Jedinak, Joe Ledley and Julian Speroni should all be ready in time. Marouane Chamakh and Joel Ward will still be out for another three weeks or so, whilst Kwesi Appiah is expected to miss the first half of the season. Fraizer Campbell’s hamstring injury is a mystery, and we still have no idea when he’ll be back.

Fabian Delph’s injury on international duty will keep him away from the Manchester City team for an undetermined amount of time. A trio of full backs in Bacary Sagna, Pablo Zabaleta, and Gael Clichy are still struggling with lower leg injuries, whilst Fernando’s groin injury is going to keep him out for another week or two. Wilfried Bony could be fit in time after suffering a bad cut to his leg, but he’s not going to get in the team ahead of Sergio Aguero.

No new injury concerns for Watford. Lloyd Doyley and Joel Ekstrand are still some way from making their first Premier League appearances of the season.

Swansea should have a clean bill of health for the visit to Watford, with the only slight doubt being Jefferson Montero.

Martin Olsson is still recovering from shoulder surgery, but he’s back in training and there is a small chance that he could feature against Bournemouth. Youssouff Mulumbu is a couple of weeks away from a return following his fractured foot.

Charlie Daniels and Josh King are hopeful of recovering from their injured hamstrings in time for the clash with Norwich. Harry Arter is trying to regain some match fitness following his pre season injury. Bournemouth’s record signing Tyrone Mings was injured six minutes into his debut and could be out for up to a year with a bad knee injury. Max Gradel can keep him company though, with his ACL injury keeping him out until April.

Phil Jones’ blood clot is expected to have healed in time for Liverpool’s visit to Old Trafford, but Michael Carrick has picked up a knock that will rule him out.

Injuries are plaguing Liverpool. Midfield trio Adam Lallana, Joe Allen, and Jordan Henderson are all very doubtful for the trip to Manchester. Daniel Sturridge is predictably injured, and Jon Flanagan will be lucky to be back in action before Christmas. To add to their woes, star player Phillipe Coutinho will be serving his suspension.

Jordi Gomez, Adam Johnson, and Adam Matthews are all going to be out for a few more weeks.

Tottenham Hotspur are hoping to have a full squad to select from for the trip to Sunderland, with Christian Eriksen, Moussa Dembele, and Andros Townsend all hoping to recover in time for the trip.

Riyad Mahrez picked up a knock before the international break but is hoping his back will recover for Aston Villa’s visit. Matthew James is back in light training following his ACL injury, but he isn’t expected to take to the pitch until 2016.

Idrissa Gueye, Adama Traore, Gabby Agbonlahor, and Jack Grealish are all doubts for the trip, but there is a chance they will have healed in time for the match. Jose Crespo Rincon is hoping to be back next weekend, with Gary Gardner following the week after. Jores Okore won’t be back until the end of October though.

Former Newcastle boy Andy Carroll might have finally recovered from his MCL knee injury in time to face his boyhood club. Mauro Zarate should also be back in action. Enner Valencia and Alex Song aren’t expected to feature until the start of November though.

Newcastle can’t be without a good few injuries to contend with. Paul Dummett, Curtis Good, Emmanuel Riviere, and Sylvain Marveaux are all going to be out for a while. On the plus side, Mike Williamson is hopeful of recovering from his arm injury in time to face West Ham.