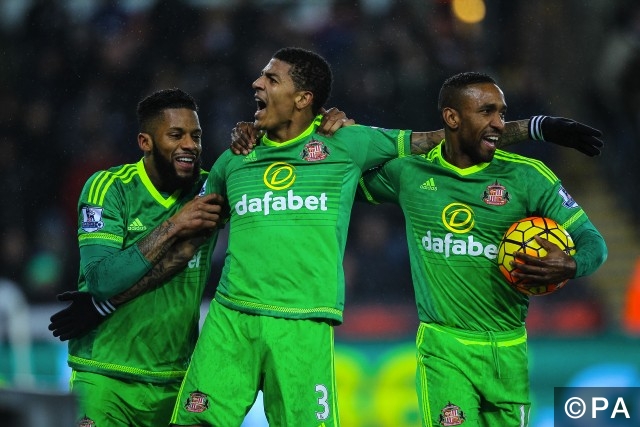 A chaotic Premier League table has finally begun to congeal into a coherent shape, and thus the bottom end of the table is now firmly established; half of the current bottom six clubs will be playing Championship football next season. But in a division that frequently sees underdog victories and bizarrely unpredictable results it is far from clear which of these six will end below the dotted line.

Newcastle and Sunderland have picked up unlikely points in recent weeks whilst even Aston Villa recorded a victory on Wednesday night. Meanwhile Bournemouth, Norwich, and Swansea are all haphazard football teams capable of capitulating at any moment; it is possible that more than 40 points will be needed, and certainly conceivable that the relegation battle will go down to the final game of the season.

The problems at Newcastle are alarmingly familiar. Steve McClaren has abandoned his early season attempt to play the short passing game he instilled at Derby, instead resorting to the counter-attacking football that his predecessor, Alan Pardew, implemented. It seems as though McClaren is aware that many of these players simply do not care enough to switch tactics; something that requires hard work and dedication to the cause. Newcastle average the 16th most possession, the 7th most long balls, and the 2nd fewest key passes.

More troublingly, they do not seem to have much of a coherent structure in place. An enormous gap exists between defence and midfield in most matches, an issue that further suggests these players are not working hard enough for each other or listening to their manager’s instructions. The defenders backpedal whilst the midfielders press, leading to huge spaces in between the lines;  Newcastle concede more goals from outside the box (seven) than any other team, with a further six from just inside the penalty area.

Jonjo Shelvey’s positional indiscipline will only make this situation worse, whilst Henri Saivet is a talented but flawed French winger; these are typical Newcastle signings unlikely to have a positive impact.

The style of football utilised by Eddie Howe is highly commendable for a newly promoted side, and though their short-passing, possession-centric game has won them many plaudits it could still prove to be their downfall. However, an excellent team spirit (as evidenced by their continual battling performances in spite of demoralising injuries to so many key players) should help them collect the points they require.

Harry Arter, Drew Surman, and Dan Gosling have been the biggest heroes so far this season, averaging just below 150 passes per match at an 84% completion rate. Their remarkable energy levels have seen them harass and bully the likes of Man United and Chelsea this season (they made 23 tackles between them across these two famous victories), and this feisty attitude should serve them well in the coming months.

But Howe wants them to play in a different way. Bournemouth averaged 42% possession in these two games (down from a 52% season average) and benefited greatly from playing in a conservative, counter-attacking style; this is a far better template for a side of such spirit, and it remains to be seen whether Howe’s insistence on possession football will get them enough points come May.

Alex Neil’s side are developing into a competent and assured unit, defending coherently but struggling to create chances at the other end. However, there is great tenacity in this young team and a quietly competent way in which they collect points from similarly matched sides.

Their early season free-scoring form was instigated largely by Wes Hoolahan (he created or scored six of their first eight goals) and although his form has dipped since August the recent repositioning of Jonny Howson to attacking midfield has helped revive the Canaries just when they seemed to be sliding helplessly towards the bottom three. Nathan Redmond is combining with Howson expertly on the right wing (42% of their attacks come down this side, the second most in the league), as in the 2-0 victory over Aston Villa.

13 of the first 18 goals Norwich scored were the result of crosses from out wide thanks largely to Robbie Brady (2.0 crosses per match), with seven of these from set pieces – more than any other Premier League team. But since then, only twice have they scored from this type of play, suggesting that a corner has been turned and some of their old counter-attacking verve is back. Vadis Odjidja-Ofoe is finally getting some game time and has contributed two assists in January, but Norwich could do with one or two signings, not least in central midfield; Alexander Tettey is in desperate need of a midfield partner with greater technical ability.

Sunderland are finally beginning to settle into a Sam Allardyce-patented rhythm, with long hoofs and thumping headers now their most popular route to goal (they win the 3rd most aerial duels and have the 4th worst pass accuracy). As a result, their home record is steadily improving (Sunderland have only conceded four goals in their last six at the Stadium of Light) and, thanks largely to Jermain Defoe, they are picking up wins against fellow strugglers.

History suggests that Big Sam will keep Sunderland in the division, but then again this is surely his toughest job to date. Allardyce specialises in squeezing the maximum efficiency out of a squad’s lopsided talents, and thus the simple balance of strong central midfielders, a couple of pacey wingers, and a goal-machine up-front should be enough to grab them the six or seven wins required.

Swansea City are in steady decline and it is a disastrous situation of their own making. Sacking Garry Monk was an abysmal decision, disrupting a harmonious dressing room that was fighting through a brief sticky patch in what could have been a long and revolutionary tenure for Monk.

A belief in controlling central midfield and recycling possession with low tempo football is always prone to long periods of poor form; when confidence is low, technical skill and creative movement are the first attributes to suffer (see Everton last season, for example). However, we know that Swansea will not adapt to a more direct model, leaving them in a very precarious position.

Shelvey’s transfer to Newcastle is bizarre, given that he was one of the few Swansea players capable of creating chances. Swansea’s season now rests on the form of Gylfi Sigurdsson, Jefferson Montero, and Andre Ayew; if these three can finally sync then they may just crawl over the line. It would be a stroke of fortune that the board do not deserve.

It is hardly worth discussing Villa’s chances of survival, and certainly not worth betting on; a £10 stake on Remi Garde’s team to go down would win just 80p. However, their 1-0 win over Crystal Palace has sparked tentative hopes of a revival amongst some fans. After all, a morale-boosting, plucky victory over Leicester (who are struggling for goals of late) could put Villa just five points behind the team in 17th.

Libor Kozak has finally returned from a series of horrific injuries, and he looked impressive in his first start for 19 months on Wednesday night (winning six aerial duels). Kozak is a very talented striker who won the Europa League golden boot for Lazio in 2013; if he can start scoring, then who knows? In the craziest Premier League season in living memory, anything is possible.

Looking for tips this weekend? Check out our football accumulator tips which are posted the night before to make sure you get the early value!