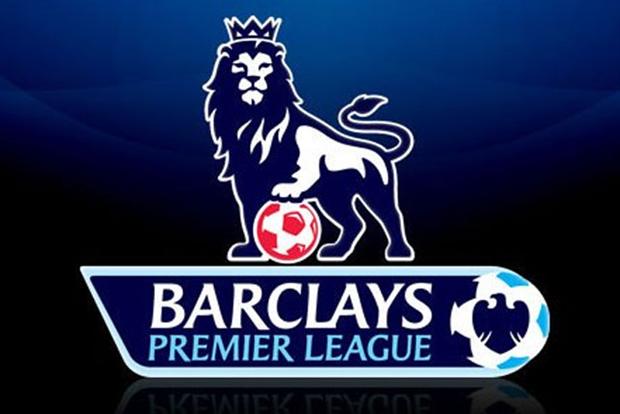 A dramatic injury time own goal earned Manchester United a vital win against Watford after the hosts looked to have snatched a point.

An excellent volleyed finish from Memphis Depay gave Manchester United the lead 11 minutes in, and they could have been home and dry by the end of the first half. Gomes denied Jesse Lingard and Depay multiple times to keep the scoreline manageable. But Watford started pressing in the second half, and Marcos Rojo clumsily bundled over Odion Ighalo to give the hosts a penalty with just four minutes remaining. Troy Deeney dispatched the spot kick, then turned from hero to villain as Bastian Schweinsteiger’s injury time shot was deflect in via the Watford captain to give the visitors the win.

This takes Manchester United up to 2nd place in the Premier League table, and they have an unlikely top of the table clash with Leicester to look forward to next weekend. Watford drop to 13th position.

Chelsea ended their losing streak with another lacklustre performance against a Norwich side who look like they might be key players in the relegation battle.

The Premier League champions Chelsea came into this match on the back of a three match losing streak in the league and with just 11 points from their opening 12 games. You could see why as well. They lacked any sort of penetration, and it took them an hour to break down a Norwich defence who have been leaking goals for fun this season. Diego Costa was the man to score, finishing off a quick free kick from Cesc Fabregas to break his seven game scoring drought. Nothing much else of note happened.

This sees Chelsea leapfrog Norwich up into 15th position, with all hopes of a top four finish looking a bit out of their depth at the moment. Norwich continue their poor run of results and slip ever closer to the drop zone.

An impressive looking Everton side got another big win when they thrashed surefire relegation candidates Aston Villa on Saturday.

Romelu Lukaku came into this game hoping to become only the 5th player in history to reach the 50 goal mark in the Premier League before they turned 23. He secured this milestone 28 minutes in, after Ross Barkley had opened the scoring, to join the likes of Robbie Fowler, Michael Owen, Cristiano Ronaldo, and Wayne Rooney on this prestigious list. Barkley added his second of the game with another tap in just before the break before Lukaku got his 51st Premier League goal to make it 4-0 to the hosts.

Back to back home wins for Everton have moved them up to 7th in the Premier League, whilst Aston Villa remain without a win since the opening day of the season and sit in 20th with five points.

Leicester move to the top of the table with a comprehensive win over the relegation threatened Newcastle. Who would have predicted that at the start of the season?

It took a while to get going, but it was only going to be one person to open the scoring. Jamie Vardy was doubtful ahead of this game, but we all knew that he would fight back to fitness for the chance to equal Ruud van Nistelrooy’s record of consecutive Premier League games scored in. He grazed the crossbar in the first half after being denied early on by Rob Elliot. It was 3rd time lucky for him as he cut inside Moussa Sissoko and drilled the ball home just before half time. Newcastle lacked any form of intensity in attack or defence, and ended up letting Leonardo Ulloa and Shinji Okazaki put it in the net as well.

This lifted Leicester to the top of the table, where they remained after Manchester City lost later on. Newcastle remain just outside the Premier League drop zone, but this setback after a period of improvement could take some getting over.

A moment of brilliance from Bojan lit up an otherwise disappointing encounter between two of the Premier League’s most in form sides: Southampton and Stoke.

Southampton controlled the ball for the majority of the match but seemed to lack that cutting edge, with only one of their 16 efforts on goal forcing Jack Butland into a save. It was a moment of brilliance and flair ten minutes into the game that provided the only real talking point though, as Bojan instinctively flicked home an Erik Pieters cross to score the only goal of the match.

This was Southampton’s first loss in seven matches, and they drop to 8th after Everton’s win. Stoke’s 5th win in seven matches brings them up into the top half of the table as they continue to enjoy their good run of form.

Bournemouth let a two goal lead slip as hard fighting Swansea managed to rescue a point and potentially save Garry Monk’s job for another week.

Joshua King and Dan Gosling saw Bournemouth’s early dominance made to count as they put the visitors two goals to the good before the half hour mark. But Swansea fought hard to avoid defeat, and by the time the half time whistle was blown it was back all square again thanks to an Andre Ayew goal and a Jonjo Shelvey penalty. Bournemouth continued to dominate after the break, but they couldn’t find a 3rd goal and eventually had to settle for a point.

This keeps them in the relegation zone, with their nine point haul being one point less than 17th placed Newcastle. Swansea have won only once in their last nine games, and see themselves drop to 14th as the pressure on Garry Monk increases.

West Brom made an impressive fight back as they came from a goal behind to beat Premier League title challengers Arsenal.

An Olivier Giroud header in the 28th minute saw Arsenal go ahead as they looked to move to the top of the Premier League table. However, West Brom uncharacteristically limited Arsenal to just one goal, and even more uncharacteristically managed to score twice themselves. James Morrison levelled the scoreline ten minutes before the break as he volleyed into the Arsenal net, and an unfortunate Mikel Arteta own goal gave the hosts the lead five minutes later. Arsenal had a fantastic chance to level the game, but Santi Cazorla slipped and skied his penalty.

A win here would have seen Arsenal end the weekend at the top of the table, but the injury hit Gunners move down to 4th. West Brom move up to 12th with this win, leapfrogging Watford.

A stunning first half performance from Liverpool saw them destroy a very disappointing Manchester City side, who relinquish their lead at the top of the Premier League.

Elaquim Mangala’s 7th minute own goal was the start of a dismal day for the Manchester City centre back. He hooked the ball into his own net to give Liverpool the lead and then proceeded to be tore apart by the impressive visitors. Phillipe Coutinho and Roberto Firmino added goals before half time to give Liverpool a 3-0 lead. Sergio Aguero gave Man City hope just before half time, but they never really looked like they were going to mount a comeback. Martin Skrtel put the icing on the cake with a hammer blow of a volley ten minutes before the final whistle.

With Leicester and Manchester United winning earlier on, this sees Manchester City slip to 3rd position in the Premier League table. Liverpool move up to 9th in the table as their resurgence under Jurgen Klopp starts to gather steam.

Harry Kane scored in his 5th consecutive Spurs game when he opened the scoring in the 23rd minute, with Toby Alderweireld adding a second ten minutes later as he headed in a well delivered corner. Kane scored another just after half time to put the win beyond doubt for the hosts, with Kyle Walker scoring after hitting the woodwork twice to make it 4-0. Manuel Lanzini put in a consolation for the disappointing West Ham, but there was no chance of a comeback at this stage.

This takes Spurs’ unbeaten run in the Premier League to 12 games, equalling a club record. They have moved into 5th position with this win, whilst West Ham remain in 6th but are now three points adrift of Spurs.

A Jermain Defoe goal made all the difference as Sunderland kept a rare clean sheet and claimed their first away win of the season against Crystal Palace on Monday night.

Sunderland actually had the best of this encounter for the majority of the game, but left it late to capitalise on their opportunities. Sebastian Coates’ header was cleared off the line earlier on, but it was Jermain Defoe who opened the scoring in the 80th minute as he rounded the keeper and coolly slotted home. Defensively, it looks like Big Sam is starting to make a difference as he guided the Black Cats to only their 2nd clean sheet of the season.

Sunderland move ahead of Bournemouth with this win, and are now just one point from safety in the Premier League. Crystal Palace slip to 10th after their points tally remained on 19.