Having finished in 14th position just a year ago, Norwich City blitzed their way to the Championship title in 2018/19, securing a place in the Premier League for the first time since their relegation in 2016.

Under the direction of forward-thinking German coach Daniel Farke, Norwich played with a verve and fluidity in the final third that resulted in them smashing home 93 goals in total in the Championship.

City’s prolific side scored 2 or more goals in 30 (or 65.2%) of their 46 league fixtures overall, while the average of 3.26 goals scored per Norwich Championship game last term was the highest figure in the division.

Now the Canaries are preparing to take flight in the Premier League, and after some sensible squad tweaking in the summer transfer window, Daniel Farke looks set to keep faith the majority of the team that performed to such incredibly high standards last season.

Keep up to date with the latest transfer rumours and speculation ahead of the start of the season here. 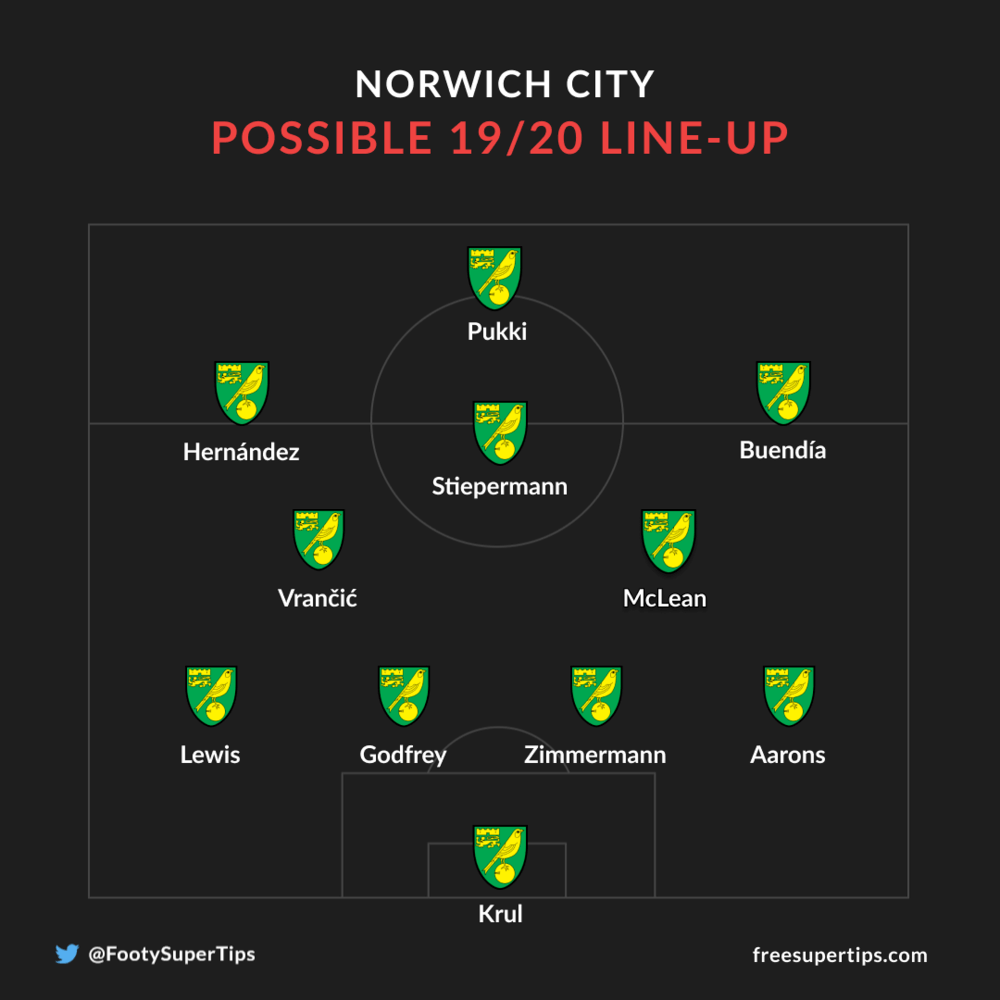 Flying full-back Max Aarons enjoyed a breakout season for Norwich City in 2018/19. The 19-year old made his Canaries first team debut in early August last year, and eventually played over 40 times in total during a hugely successful individual campaign, winning the EFL Young Player of the Year award for his efforts.

Aarons’ stellar performances turned plenty of heads in the Premier League, however, after a series of links to some of England’s bigger clubs surfaced this summer, the youngster decided to pen a new 5-year contract with his current employers.

The 7-times capped England U19 international is almost certain to be a mainstay in Daniel Farke’s City XI this season, and Aarons has all the tools he needs to shine.

Rather than splash the cash on a raft of expensive new signings and fresh faces this summer like fellow promoted club Aston Villa, Norwich instead opted to put their faith in their Championship title winning heroes ahead of the new Premier League season.

Daniel Farke and the rest of the decision makers at Carrow Road will be hoping that the lack of disruption and upheaval in the squad will allow City to reap the benefits of their players’ familiarity with each other on the pitch this season. 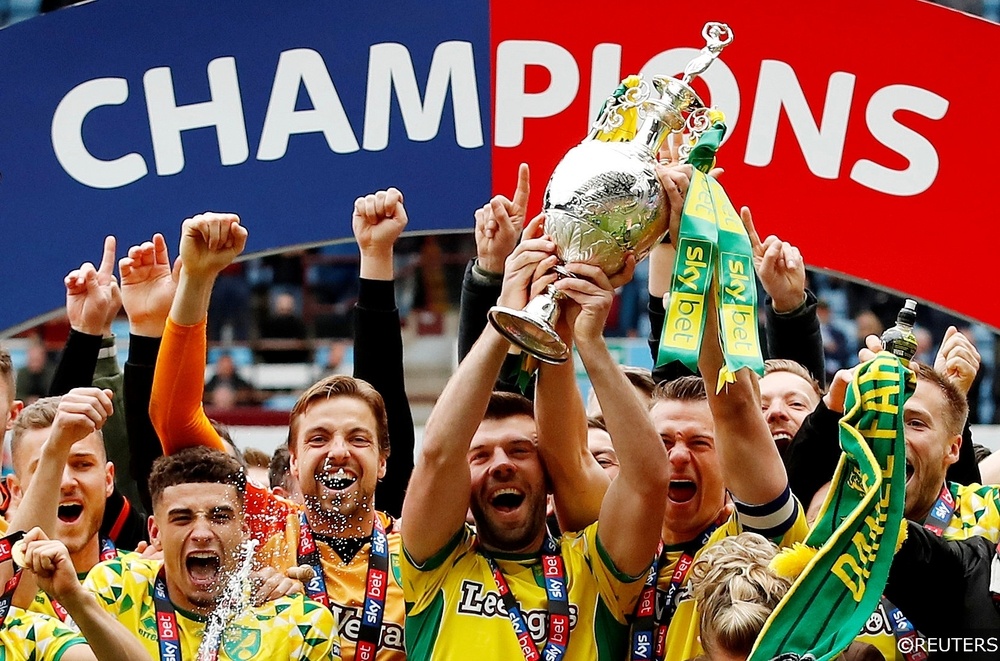 Can Norwich keep the goals out?

While Norwich’s sparkling attacking play and easy on the eye football won them plenty of plaudits last season, there were concerns about their penchant for regularly shipping goals at the other end.

City finished the campaign with the 7th best defensive record in the Championship, though the Canaries kept only 13 clean sheets in the 46 games they contested over the course of the season.

Incredibly, Norwich managed to keep their visitors to Carrow Road off the scoresheet just 7 times in 23 attempts – in fact, only 8 teams in the Championship kept fewer blanks on their own patch than City.

While Daniel Farke has already deservedly forged a reputation as a superb attacking coach, City’s chances next season might depend on how well he can re-organise his less than robust defence.

One of the biggest contributing factors to Norwich’s sporadically suspect defending last season was the youthful make-up of their defence.

Full-backs Max Aarons and Jamal Lewis are just 19 and 21 respectively, while highly-regarded central defender Ben Godfrey is also just 21, leaving his 26-year old defensive partner Christophe Zimmermann as the old head at the back.

While the glut of energy that comes with the inclusion of so many young players can be a positive thing, the lack of top-level knowhow and experience right across Norwich’s backline also promises to cause plenty problems for Daniel Farke in 2019/20.

Having amassed 6 and 18 more points than their fellow promoted sides Sheffield United and Aston Villa respectively last season, Norwich City look the best equipped of the three to handle the more intense competition of the Premier League next season.

In addition, after a summer of consolidation and careful squad strengthening, the Canaries appear to be in a much more stable position than several of the Premier League’s other current combatants.

With Newcastle in a state of disarray and Brighton looking on course for a season of struggle, a wide avenue of survival has been opened up for Norwich, and we’re tipping them to take the opportunity with both hands.