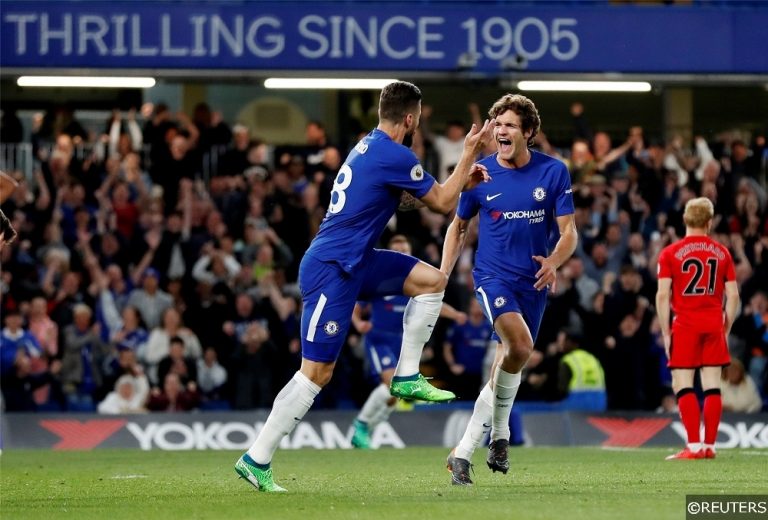 A thick cloud of uncertainty still looms ominously over Stamford Bridge ahead of the 2018/19 season and even though Chelsea have completed the formalities on their latest managerial switcharoo, the futures of several of their first team stars have yet to be sorted out one way or the other.

It was all change again in West London, when Chelsea parted with Antonio Conte after a disastrous 5th placed finish last season, although the Blues took their time in finalising his dismissal during a confusing an protracted process.

Having won the title in his first year in charge at Chelsea, Conte’s relationship soured with the board and eventually crumbled completely in his second season.

A 2017 summer filled with rumours of clashes over transfer targets preceded an underwhelming Premier League campaign and even though Chelsea were FA Cup winners, it wasn’t enough to save Conte’s job.

Ironically, Maurizio Sarri joins a Chelsea side in a similar situation to the one that his predecessor and compatriot Conte arrived into two years ago.

In 2016/17, Conte took a team of former Premier League champions back to the summit of English football after a meek title defence the year before under Jose Mourinho. With largely the same set of players at his disposal, Maurizio Sarri will be tasked with repeating that trick.

Brazilian born, Italian international Jorginho had looked certain to move to Manchester City earlier in the summer, but after the newly crowned Premier League champions haggled over Napoli’s asking price, Chelsea swooped in to seal a deal for the highly coveted midfielder. Jorginho played as a deep lying play maker in Maurizio Sarri’s Napoli team and the 26-year old should add creativity and guile to the Chelsea midfield.

Under Maurizio Sarri’s stewardship, unfancied Napoli were transformed from perennial underachievers into genuine Serie A title challengers. Alongside a newly instilled winning mentality, the Partenopei played some of the slickest, most eye-catching football across Europe’s major leagues.

Sarri’s coaching and motivational techniques seemed to elevate Napoli’s players performances beyond reasonable levels and his tactical philosophy ensured that the quality of the team as a collective also made huge leaps forward.

For “Sarri-ball” to work, Chelsea’s players will have to pass the ball accurately and with great speed. Napoli’s average pass completion rate of 87.7% was the highest in Serie A last season. Chelsea should have little trouble in replicating that figure – even with their poor overall results last term, they were second only to Manchester City for average passes completed per game with a 84.3% pass success rate.

Several of Chelsea’s key players all look to be angling for moves away from Stamford Bridge on the eve of the new Premier League season. First choice goalkeeper Thibault Courtois looks set for a cut-price move to Real Madrid as he enters the last year of his contract at Chelsea.

Real Madrid are also thought to be weighing up a move for Chelsea’s talismanic attacker Eden Hazard. With the void left by Cristiano Ronaldo still unfilled, Real have reportedly earmarked Hazard as the ideal player to help compensate for the loss of their record goalscorer.

Brazilian winger Willian is rumoured to be at the centre of a transfer tug-of-war between Barcelona and Manchester United, with the Catalans thought to be favourites to land the £60m rated international. Spanish striker Alvaro Morata is also thought to be heading for the exit after a disappointing first season in blue.

Any of those four players leaving would leave a sizeable gap to fill and with time running out to line-up and acquire suitable replacements, Chelsea’s challenge for a Champions League spot could be severely hamstrung before it starts.

Chelsea’s problems at centre forward can be traced back to Antonio Conte’s bizarre ostracization of Diego Costa in the summer of 2017. Fresh from scoring 20 Premier League goals in Chelsea’s championship winning season, Costa was shocked to receive a message from Conte informing the Spanish striker that he was no longer in his plans.

Chelsea were thought to have been close to securing a deal to land Romelu Lukaku, but when Manchester United signed the Belgian from under their noses, the Blues turned to Real Madrid’s Alvaro Morata instead.

Unfortunately, a nervous looking Morata never looked at home in the Premier League and Chelsea are already actively trying to move him on. Olivier Giroud was signed to supplement the attack in January, though the French international really feels more like a place holder than a genuine starting striker.

Chelsea have been knocked back in their attempts to bring Gonzalo Higuain to the club from Juventus and with few viable alternatives, they face starting the new season without a top centre forward.

With the futures of so many of their players still so uncertain, Maurizio Sarri has a tremendously difficult job on his hands in his first season as Chelsea boss. The Blues’ rivals for a Champions League place look better equipped and much more secure in terms of personnel than Chelsea are at present. As things stand, Chelsea look set for another disappointing campaign – the end result of which could see Sarri fall victim to Roman Abramovich’s notorious impatient streak.