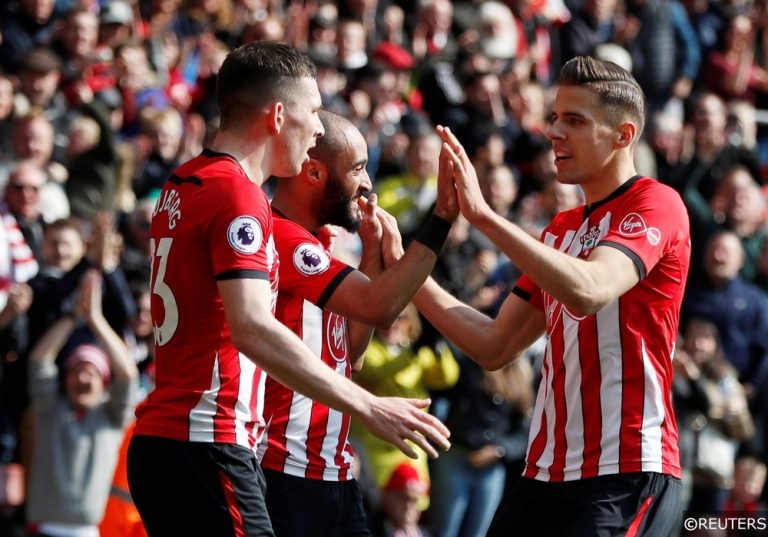 The arrival of Ralph Hasenhuttl turned Southampton’s season around and there are high hopes ahead of his first full campaign. The former Leipzig manager won eight of his first 25 matches with the Saints and he’ll be out for more in the 2019/20 campaign.

After a couple of tough seasons for Southampton, they seem to finally have things back on track. The Saints are working to fix their woes in attack, while a rejig from Hasenhuttl has added numbers at the back. That’s left plenty of excitement for their campaign on the south-coast as they work to develop a young, talented squad.

While the good times appear to be back at Southampton they will be worried about their recent downward turn. Now an established Premier League side, the cost of going down would be huge for the Saints. Having sold off so much top-quality talent in recent years, they need a new batch of players to step up and secure their future in the top flight.

They’ve taken a couple of risks in the window but will their recruitment be as good as it has been over the years? In the hands of Hasenhuttl, there’s a lot of expectation that he can build something out of the raw materials.

Head to our tips homepage to see our latest football betting tips today! 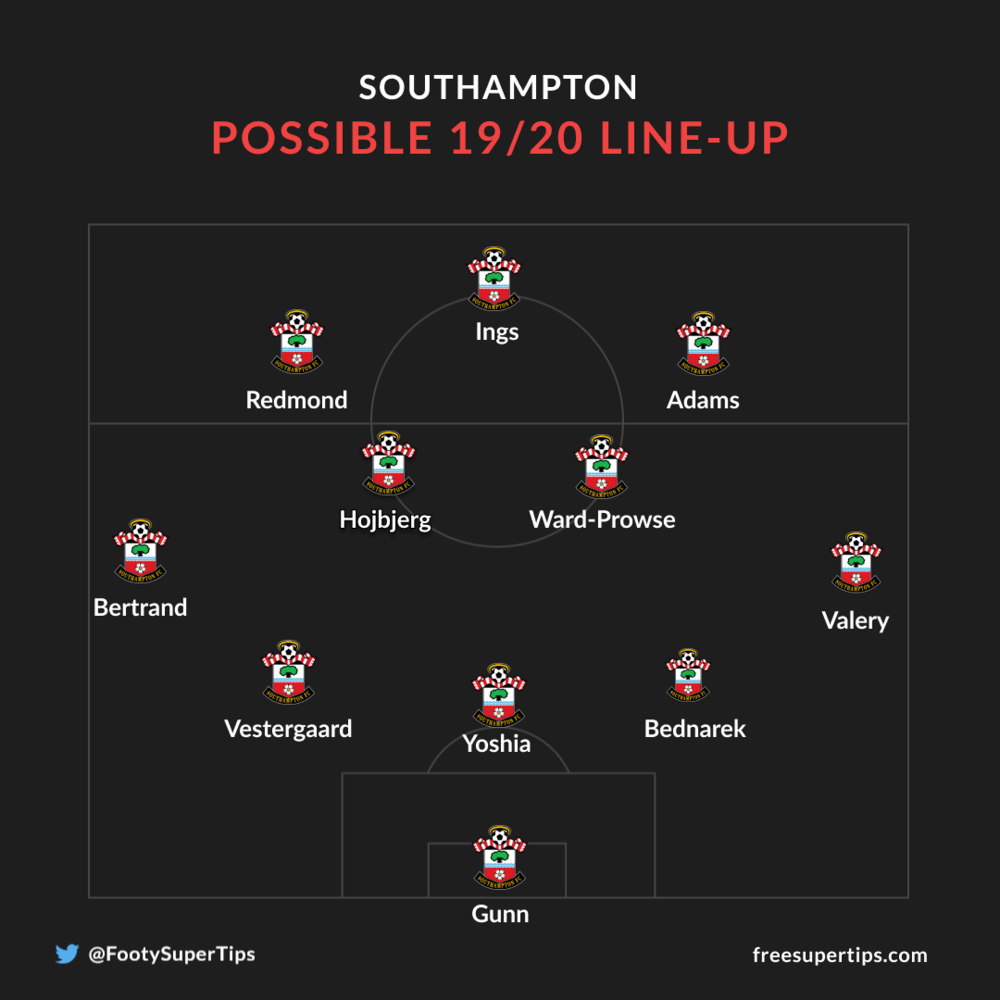 The new signing joins after a fantastic year in the second tier, where he was vital in Birmingham’s campaign. That brought a £15million price-tag which Southampton stumped up, but can Adams repay the Saints?

Adams is one of three additions to the Southampton forward line. However, Moussa Djenepo seems like an option for the future while Danny Ings hit just seven goals while on loan at St Mary’s last term. That puts pressure on Adams to produce in the top flight, especially as the Saints were lacking going forward last term.

From preseason it seems like Adams will start wide in a front three. That’s a departure from his time as a forward in a functional 4-4-2. He’s also going from the Championship’s most direct side to an entirely new style of play, so this is going to be a big change. Despite that, the Saints are relying on him to deliver and how he adapts to the top flight could be the difference between the Saints making the top half and missing out. 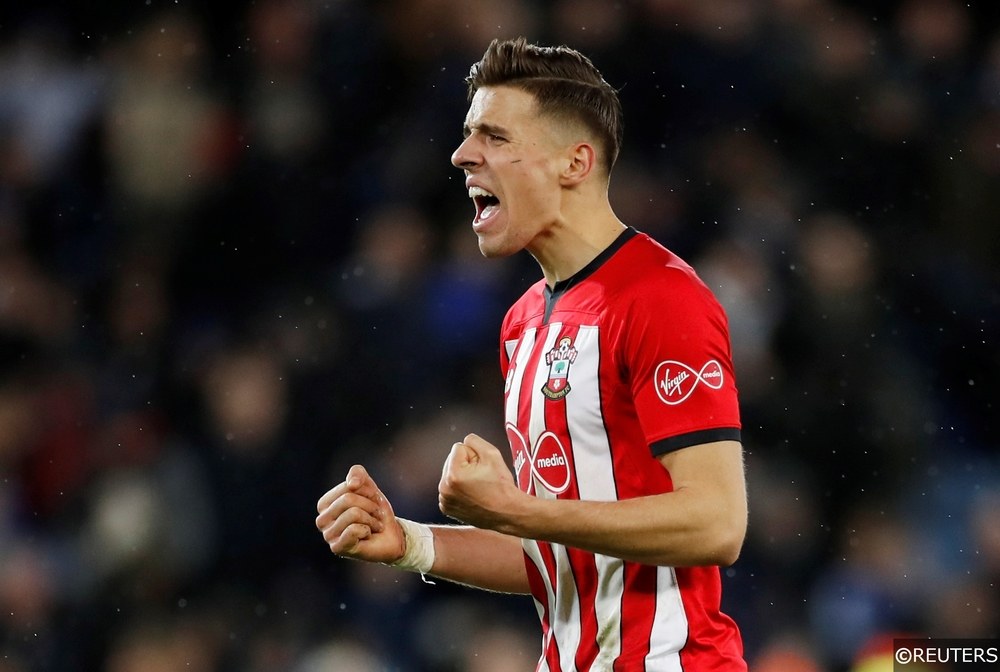 Up to December last year, St Mary’s wasn’t the greatest place to be. Mark Hughes had a poor reign on the south coast, which was bought to an end weeks before Christmas. The appointment of Hughes always felt like it went against Southampton’s usual approach, as they’ve taken risks on continental successes in the past.

Southampton returned to their usual style in December, bringing in a boss who was known as the Alpine Klopp. That came from his intense pressing style, which left its mark on the club and the Premier League in a short space of time. Even with just half a season in charge Hasenhuttl turned them into one of the most effective pressing sides in the league.

The statistics without the ball almost rival Liverpool and Huddersfield, two clubs steeped in the gegenpressing approach. If they can replicate that over the course of the season then Saints should see their defence improve while enjoying a determined, adventurous style of play.

The bonus for Saints’ fans is that the manager can really stamp his authority on the squad and start moulding a group which fits his style. The stream of departures at St Mary’s have hit the club’s identity of late, so this change should transform the mood around the ground. While it feels like that’s a long process, Hasenhuttl’s immediate impact suggests the opposite.

Not only has Hasenhuttl added the likes of Ings, Adams and Djenepo, but he has also worked to improve the scoring output of his current players. James Ward-Prowse scored seven times, all of which came under Hasenhuttl’s leadership. The fact that he did that with an xG of fewer than four goals shows how effective the new boss can be.

However, the big issue for them is their defensive record. It’s odd that they didn’t take the chance to buy a new centre-half and bed him in during preseason. Instead, he’s relying on the same defence which conceded in 82% of their Premier League games last term. The Saints saw both teams score in 79% of their matches at home, but they did find the net in 14 successive games at St Mary’s. Combining that together could turn the club into the entertainers of the Premier League, as their games look packed with goals.

Check out some other high scoring sides in our latest BTTS accumulator.

Southampton are shaping up to take a step forward, while they’ve brought in some talented players who could really kick on if they settle in. We saw a marked improvement from the Saints in 2019, with Hasenhuttl breathing new life into them with his style of play. That’s made for a brilliant foundation, while we expect the Saints to continue their upward trajectory in 2019/20.

Saints will be looking at a top 10 finish, which should put them comfortably clear of their rivals on the south coast. While leaky Bournemouth and relegation-threatened Brighton have plenty to fear, the future for Southampton looks a lot simpler. They need work on the training ground to sort their defence, having bolstered their attack with new options.

We think everything is going well for Southampton, which should leave them comfortably clear of their local rivals. Given that, we see great value in backing the Saints to finish the Premier League season as the top southern club in the top flight. With only Bournemouth and Brighton in their way it’s hard to see the Saints being topped.

See why we’re tipping Brighton to struggle in our Premier League Relegation Predictions.