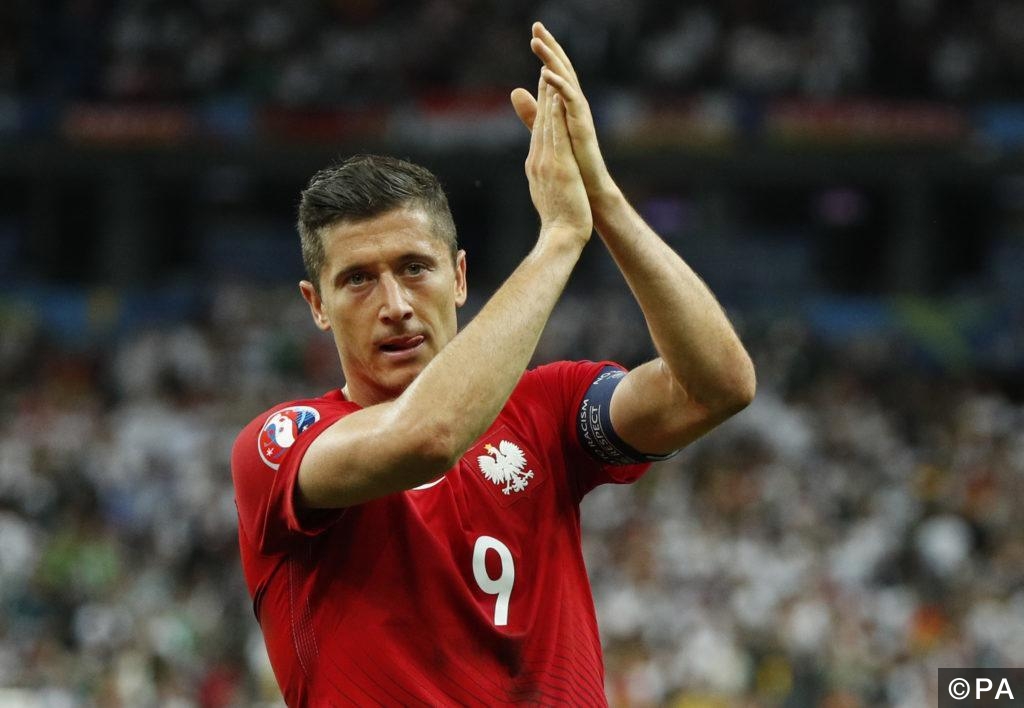 It was reported earlier this summer that Real Madrid were interested in signing Bayern Munich striker Robert Lewandowski. News on this story went very quiet and it was almost completely forgotten that Zidane ever had interest in the Poland international, however the rumours are back with AS reporting that the deal may still be on.

It has been reported that Lewandowski is ‘still willing’ to move away from the German champions, with his agent looking in to the possible move to the Spanish capital with Champions League winners Real Madrid. It isn’t likely to be an easy move, with no guarantee that he would even cement a  first team place with the trio of Gareth Bale, Karim Benzema and Cristiano Ronaldo looking as lethal as ever. If the Polish international were to move to Real Madrid, it would almost certainly mean that one of the deadly trident would move away from the Spanish Capital, with Benzema being the most likely option. Benzema is the most direct swap for Lewandowski as well as the least coveted of the 3 star men.

It’s not only the trio of attackers he needs to push out of the side either, with Spanish international Alvaro Morata also back at the Bernabeu. Zidane activated a buy back clause in Morata’s contract to re-sign him from Italian champions Juventus for just £25.5 million this summer. It seems like Morata is the natural successor to Benzema in the striker position, but with Madrid’s constant spending power and activity in the transfer market, if any better options did come along – such as Lewandowski – you can rest assured that they will make an attempt to bring the player to the Bernabeu.

During his two years at Juventus, Morata managed to score 15 league goals in 63 appearances. During that same period of time, Lewandowski has scored 47 league goals in 63 appearances, making him a much more attractive proposition for Zidane. If Lewandowski were to make the switch to Madrid, the fight for the La Liga title would become even more interesting, with there being almost no argument that the best 6 players in the world are all playing up front for Madrid and Barcelona.