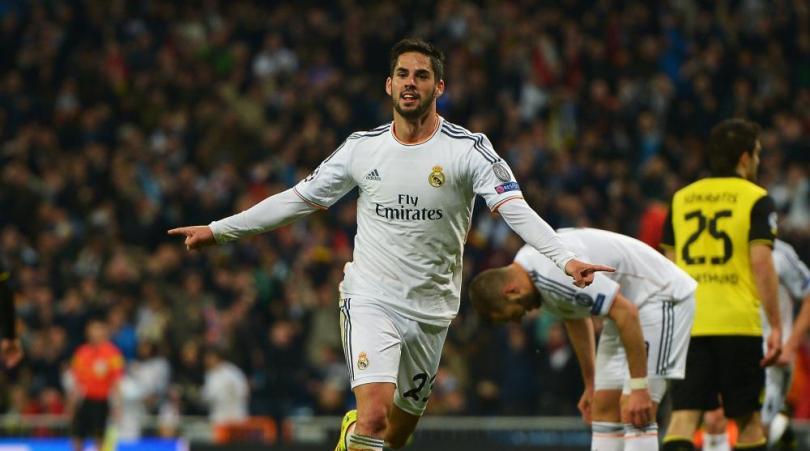 Isco has been in fine form during Gareth Bale’s abscence

Real Madrid boss Carlo Ancelotti is ready to sell young attacking midfielder Isco to make way for some big money signings. Liverpool and Arsenal are interested in the versatile midfielder, but with the price set at £64 million, can they afford him?

The 22 year old starlet has impressed this season, stepping in for the injured Gareth Bale earlier this season. This gave Ancelotti the not so dreaded selection headache, but he opted for Bale to return to the starting line up.

With James Rodriguez and Toni Kroos completing their summer transfers to Madrid, Isco has found himself on the sidelines despite his impressive form. This has led to Real Madrid deciding that they would sell the young midfielder, who has been compared to Zinedine Zidane and Andres Iniesta.

Paris Saint German are interested, and their spending power is vast as we all know. Apparently, they are ready to put in a £64 million bid for him. This means that Liverpool and Arsenal would need to match that bid if they want a chance at securing his services.

Liverpool have shelled out nearly £120 million this season and, with them sitting in a mid-table position, they can’t be sure of any Champions League revenue coming in next season. Arsenal have also been spending big, their £82 million in transfer fees is their biggest total for a season ever.

With this huge summer spending not yielding any results, with Arsenal in 8th place and Liverpool in 12th, it would be surprising if the bosses of either club sanction such huge spending.

It is easy to see why the clubs are interested in Isco though. He has developed a good balance of attacking threat and defensive work rate. Not to mention the fact he can produce stunners like this for Spain.